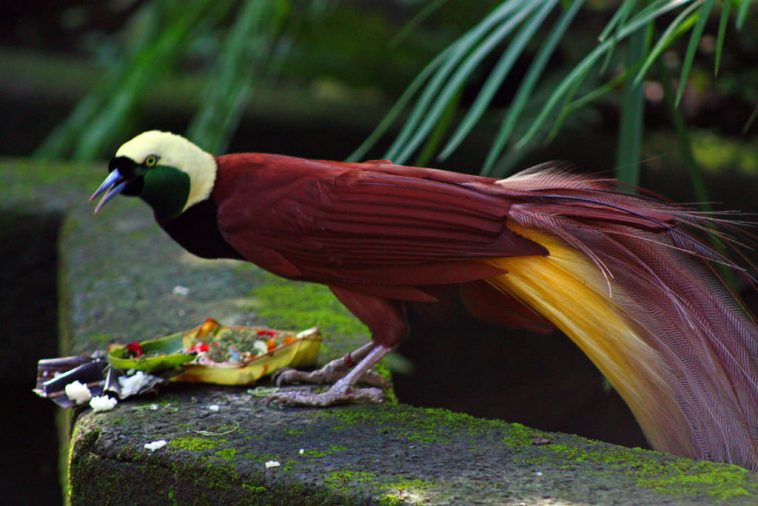 The animal kingdom is full of wonders and marvels. There are several unique, scarce animals that we do not encounter frequently, and maybe, do not even know about. As weird as it may appear, there are several animals that most people haven’t heard of. Some are distinct species of their own, while some are unique to their genus species. Let us check out some unique animals below and their interesting features. These lesser-known creations of nature have every right to be explored and appreciated.

Animals Most People Haven’t Heard Of

Chuckwallas are special animals that are large lizards found in arid regions of the South Western United States and northern Mexico. Some of them are found on coastal islands as well. There are six existing species of chuckwallas. The Chuckwalla can reach a length of about 18 inches. It is the second-largest lizard after the Gila monster. But the Chuckwalla is not venomous and not dangerous to humans. It is very docile and runs to nearby rock piles when it feels threatened by enemies. They are mostly herbivores, eating leaves, fruit, and insects.

The Sunda flying lemur or the Malayan Flying lemur is actually a species of colugo. It is neither a lemur nor an animal that can fly. They were wrongly considered as a species of lemurs. These animals are native to the temperate forests of South East Asia.  The Sunda flying lemur can glide for distances as long as 100 m. This animal has an enormous flap of leathery skin that runs from its face to the tips of its fingers, right down to the end of its tail, giving it a whole lot of surface area with which to glide.

The greater bird-of-paradise is the largest member of the Birds-of-Paradise birds’ category. The male birds measure up to 17 inches in length and the females extending up to 19 inches.  These birds are distributed in the hilly forests of southwest New Guinea and Aru Islands, Indonesia. The male has an iridescent green face and a yellow and silver glossy crown, head and nape. The rest of the plumage is maroon-brown. Their plumes, used in displays, are yellow at the base, turning white with maroon streaks. The female has a maroon brown plumage. Both kinds of birds have yellow eyes and bluebills.

The Parrotfish are a group of about 95 fish species. It is found on coral reefs in shallow water in the tropical regions of the western Atlantic Ocean and the Caribbean Sea. They can grow up to 80 cm in length. They are known for their dentures i.e. they have numerous, tightly packed teeth on the external surface of their jawbones, forming a parrot-like beak. These fish are known for their Polychromatism feature i.e. they change color as they grow. In most species, the initial color is dull red or brown, which changes through grey to change to a vividly green or bright blue with bright pink, orange or yellow patches.

The Vogelkop is another remarkable member of the superb bird-of-paradise family of unique birds. It is also known as the Crescent-caped and is native to the Bird’s Head Peninsula in New Guinea. It is generally found at the heights of 1200 to 2000 m. The male bird is black with an iridescent green crown. It has a blue-green breast cover and a long velvety black cape covering his back that makes it unique. The female is a reddish-brown bird. The female birds are unusually low in number. The male birds indulge in a most bizarre type of courtship dance, where his folded black feather cape and blue-green breast shield springs upward and spreads around its head like an elliptical cape.

The axolotl, also known as the Mexican walking fish, is a species of salamander, found in Mexico. Axolotls are docile creatures that are relatively easy to handle.  They do not bite and are not dangerous to humans at all. Axolotls retain their feathery gills and webbed feet and stay in the water for their entire lives, not undergoing metamorphosis like other amphibians. It is also listed as one of the most unique animals in the world.

The Moloch is also known commonly as the Mountain Devil or the Thorny dragon. It is a species of lizard native to Australia. It can grow up to 21 cm in total length, with females generally larger than males. Their heads and bodies are covered in small, densely-packed spikes. Thorny devils eat only ants, using their sticky tongues. They can inflate their chests with air to make themselves bigger and harder for a predator to swallow.

Another lesser-known member of the swine family is the Babirusa. They are also called deer-pigs and are native to the Indonesian islands of Sulawesi, Togian, Sula, and Buru. They have barrel-shaped bodies supported on delicate, deer-like legs, and massive, curved tusks. Their snouts are not well-developed as those of other pigs. These omnivores can eat almost anything, and engage in an unusual plowing behavior. When left in soft sand, male babirusas will kneel and push their heads forward through the sand, creating a deep furrow.

Tree Hoppers are a distinct species of thorn bugs. These small bugs are very good at hiding. They have a sharp, pointed spine on their back which is used for camouflage. This makes treehoppers look like a thorn on a plant. This disguises) them from predators. They have a unique helmet like features on their heads, which they use for camouflage. These bugs intriguingly communicate with each other by jiggling their abdomens!

A Paca is a ground-dwelling, herbivorous rodent species found in South and Central America. Also known as “gib nuts” or “royal rats”, they are large rodents with dots and stripes on their sides, short ears, and tiny tails. These strange animals have a pig-like body, large heads, and swollen cheeks. They have short ears, large eyes, and long whiskers as well.

These are some of the animals that most people have not heard of. As unique as they are, they have every right to be known, appreciated and researched for, so that more and more people can get to know about them. These are the animals most people haven’t Heard Of. Kindly share and do post your comments.