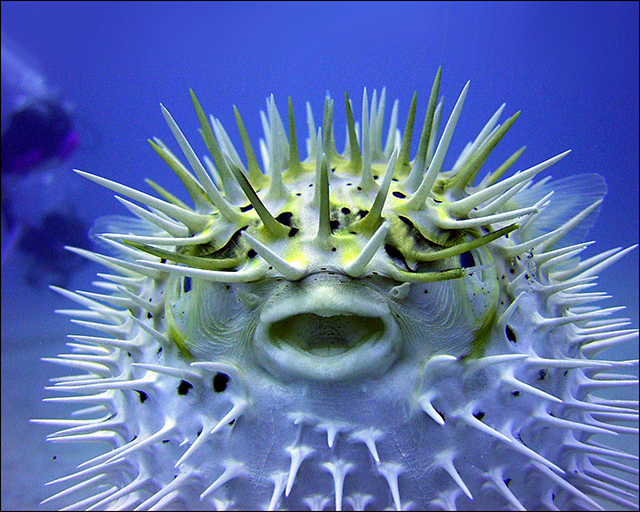 Some animals spell danger. They are the sheer epitomes of fright and phobia and even death. While some of these animals may look ferocious, huge and ready to attack, there are some variety of marine animals that are beautiful and attractive to behold, but hide some of the world’s fastest reacting poisons, claws, and bites. Dangerous animals are a world of their own. They inhabit the land, the mountains, and the sea alike, and are ready to attack and kill, when threatened or even approached. From 1,000-pound man-eating crocodiles to tiny parasite-carrying deadly insects, shark attacks and bear mauling, we have a wide variety of dangerous animals lurking out there. Let us check out some of the most dangerous animals that can spell doom for anyone within seconds.

Dangerous Animals In The World

The golden poison frog is a poison dart frog native to the Pacific coast of Colombia. The golden poison frog is known to be one of the most toxic animals on Earth. A single 2-inch long small frog has enough venom to kill ten adults. They come in very attractive colors like yellow, orange, or pale green, which has been given to them by nature to ward off predators. They feed on insects and accumulate plant poisons which are carried by their prey.

These box-like jellyfish live primarily in coastal waters off Northern Australia and the Indo-Pacific. Some species of box jellyfish are capable of producing potent venom. Their stings are extremely painful and can be fatal to humans. Their venom is considered to be among the deadliest in the world, containing toxins that attack the heart, nervous system, and skin cells. It is extremely painful, and the human victims go into shock and drown or die of heart failure before even reaching the shore. Survivors can experience pain for weeks and get significant scarring where the jellyfish’s tentacles made contact. It is one of the dangerous animals in the world.

Black mambas are fast, lethally venomous, highly aggressive snakes that live in the savannas and rocky hills of southern and eastern Africa. They are Africa’s longest venomous snake, with a length ranging from 8-14 feet. They have a blue-black mouth which they display when threatened. A bite from this fearsome snake is 100 % fatal, usually within about 20 minutes.

These crocodiles can become as long as 17 feet and can weigh up to 1,000 pounds. They hide out in freshwaters of eastern India, Southeast Asia, and northern Australia, emerging from the water to clamp down on water buffalo, monkeys, wild boars—and the occasional person. Of all the crocodilian species, these are considered the most likely to feast on people. They are responsible for hundreds of human deaths and disappearances each year. It is also listed as one of the fiercest animals in the world.

One of the dangerous animals in the world, Great whites are torpedo-shaped with powerful tails that can propel them through the water at up to 15 miles per hour. Unsurprisingly, the king of the sharks, the great white shark is the most dangerous, with a recorded 314 unprovoked attacks on humans. These super swimmers are the largest predatory fish. Its mouth is equipped with a set of 300 sharp, triangular teeth arranged in up to seven rows, which are enough to kill their prey in seconds. It has a strong sense of smell-if there was only one drop of blood in 100 litres of water, a great white would smell it!

Comb stars are a variety of starfish, which are found abundantly in the Indo-Pacific regional seas. Their arms contain tetrodotoxin, a potent neurotoxin that can cause paralysis and even death from respiratory failure. Currently, there is no known antidote to tetrodotoxin. Every gram of a comb star’s flesh holds enough toxin which is potent enough to kill 520 mice.

These giant lions are the inhabitants of the African jungles. These sharp-toothed animals are responsible for some serious damage to those humans unfortunate enough to cross them. They kill an average of 22 people a year—in Africa alone. They can kill an entire buffalo in 30 minutes, and then devour it.

They are highly cunning, social scavengers; although in truth, they are formidable predators. Spotted hyenas are formidable predators, and may kill as many as 95% of the animals they eat, while striped hyenas are largely scavengers. A group of hyenas can devour an entire zebra, leaving no leftovers in under half an hour. Hyenas fight in a deadly manner with one another over the remains of their meal, and can even rip and claw each other.

A Spanish fly is a type of blister beetle found in warm climates. It produces a toxin called cantharidin to defend against predators. The toxin is absorbed by the skin on contact and causes terrible blistering and burning pain. If the beetle is eaten, the toxin causes ulcers, blistering, and bleeding throughout the digestive tract, and can even result in death. It is one of the dangerous animals in the world.

The Death Stalker is a species of scorpion, very deadly to the human species. These scorpions use their formidable pincers to subdue their prey, which they use to crush their body parts until weakening them. Their venom is composed of neurotoxins and some cardiotoxins, which are capable of causing quick cardiovascular and respiratory dysfunction that can severely damage the body, and may also cause death.

Blowfish also knew as Pufferfish has a unique ability to transform its body or enlarge its body in a matter of seconds. Currently, 120 species of pufferfish known to humans that are mostly seen in the Indian, Pacific and Atlantic Oceans, with only 30 species that are living in the freshwater. The species vary in size from one-inch long pygmy puffer to even two feet long freshwater giant puffer. One of the dangerous animals in the world where only cut of the fish can lead to the death of the human. The amount of toxin present in the fish can kill 30 adult men. Shark is the only species that is immune to the toxin of pufferfish and can eat pufferfish without any negative consequences. The average lifespan of pufferfish is around 10 years.

Cone Snail also known as cone shells, or cones mostly seen in the group of small and large, however, Cone snails that are deadly to humans are mostly larger in size and that usually prey on small bottom-dwelling fish. The venomous predatory sea snails are mainly peptides and it contains many different toxins that vary in their effects, howvever rare ones are extremely toxic.

Stonefish is the most venomous fish in the world and currently, 5 species of stonefish know which are mostly seen in the coastal regions of Indian and Pacific oceans. The species love to thrive in coral reefs and underwater rocks. The species can reach upto 14 to 20 inches in length and upto5 pounds in weight. Stonefish can live upto 5 to 10 years in the wild. The venom in the fish located in the gland located in the base of each spine. When the pressure is applied on the fish it releases venom, for example, when you step on the stonefish which is hidden in the sand.

Polar Bears is the largest species of the bear and one of the dangerous animals in the world. The bear species can weight upto 1500 pounds and can reach 10 feet in length. The female’s species is two times smaller than males. It can spend most of the time in water and can swim at a speed of 6 miles per hour. The mating season of polar bears is in April and May when a female gives birth to 1-3 cubs in November or December and take care of the cubs in special “maternity dens” for three months. During these three months, the female mother cannot eat, drink or defecate.

Boomslang is one of the most venomous snakes belongs to the colubrid family. The snake species is mostly seen in sub-Saharan Africa and loves to thrive in grasslands, savannas and open areas with isolated trees and bushes. It can reach upto length of 3 to 5 feet in length and 0.4 to 1.1 pounds of weight. Talking about the appearance, Males are brightly coloured and covered with green scales that have black or blue edges, however, the belly portion can be yellowish or light brown in colour. The lifespan of Boomslangs is around 8 years in the wild.

These are some of the most dangerous animals-some by way of their power and skills, while some by their stings and poison.

AnimalsDangerous Animals In The Worldtop10