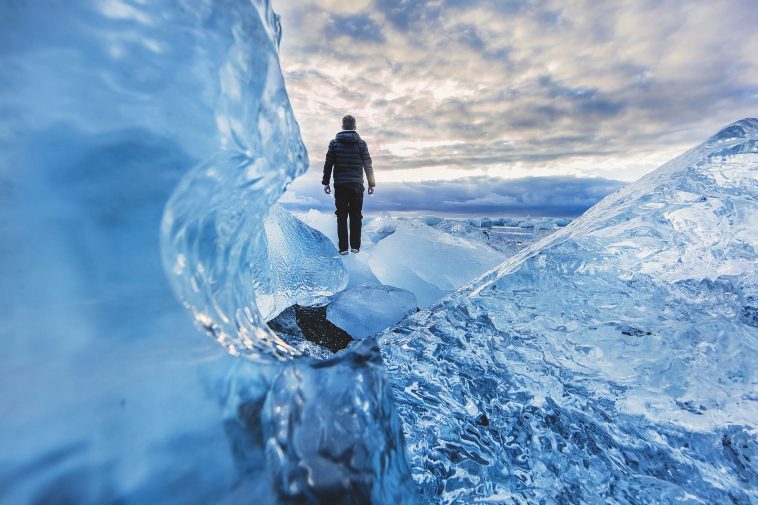 The COVID-19 pandemic has impacted the global human population across the globe, What should we observe?, How about if the new virus discovers after some time? Human population and government across the nations of the world aren’t ready for the pandemic. According to The Doe, one of the most difficult hardships to face is not being able to say goodbye to our ailing loved ones. We are spending a huge amount of money on defence and other stuff, however, we are ignoring research on a new type of viruses or on research that could save us from the next pandemic.

Also Read: How Old Is The Earth

Now, the study shows that the dozens of viruses which was previously unknown discovered in the 15,000-year-old glaciers. There are around 30 viruses that has been discovered in the remote ice cap situated in Central Asia and dozens of these viruses are unknown to modern science. The fact is that glacial ice is storing microscopic particles for thousands of years and researchers across the world analysing the frozen content to understand the Earth’s history. Researchers in the year 2015, drilled 50 meters into the ice and started analysing two samples to understand what microbes were in the atmosphere at the time they trapped into the glacial ice that clearly reflects the climatic and environmental conditions during that time of the planet Earth.

There were two ice cores drilledst different elevations, one at 6,200 metres and the other at 6,650 metres. Now, since there is only 50 meters difference in the drilling, howvever, the environmental conditions at these two sites were very different in terms of air temperature, the oxygen concentration in the atmosphere and UV radiation. The ice cores have 33 different viruses and according to the analysis there are only four viruses that are known rest were completely new to science.

Further analysis of the microbes suggests that the three viral populations were abundant that could indicate that these viruses may be active in the ice. The bacteria seen in the samples are psychrophilic, which means that they grow and reproduce in low temperatures that range from −20°C to 10°C and are found in several regions on Earth that are permanently cold, such as the deep sea, glaciers and ice sheets. Now, these active bacteria clearly show that the glacier could be temporary storage unit and that the bacteria could one day be revived and present in ecosystems if glaciers melt in the future.

Also, the study of the viruses suggest that 18 of the 33 viruses were linked to a host at some point time, it means that 18 of them were infectious either before and/or after the ice formed and even capable of influencing the populations of other microbes as well.

The study shows less information about how microbes trapped in ice for thousands of years survive and reproduce. Still more research to be done on these, rest it has two other reports of viruses found in glaciers, The first sample includes from an ice core sample of a 140,000-year-old Greenland ice core and the other one came from an ice core that was sampled at a depth ranging between 2,749 metres and 3,556 metres at the Vostok Station in East Antarctica.

Note: Since the glaciers are melting around the world at an alarming rate, The study warns this could release microbes and viruses that have been trapped for tens to hundreds of thousands of years.

The researchers wrote that, “At a minimum, [ice melt] could lead to the loss of microbial and viral archives that could be diagnostic and informative of past Earth climate regimes,” The thought of the oldest viruses cam into picture from the melting glaciers is terrifying, however, esearchers say that this is a worst-case scenario.

To Conclude, Study empahises that it is quite difficult o understand how microbes could impact the ice that they are trapped in and thier historic influence on other viruses and bacteria. This is also quite difficult to say how they behave outside of frozen environments in case they are released by glacial melt.

You can read the whole Study on BioRxiv