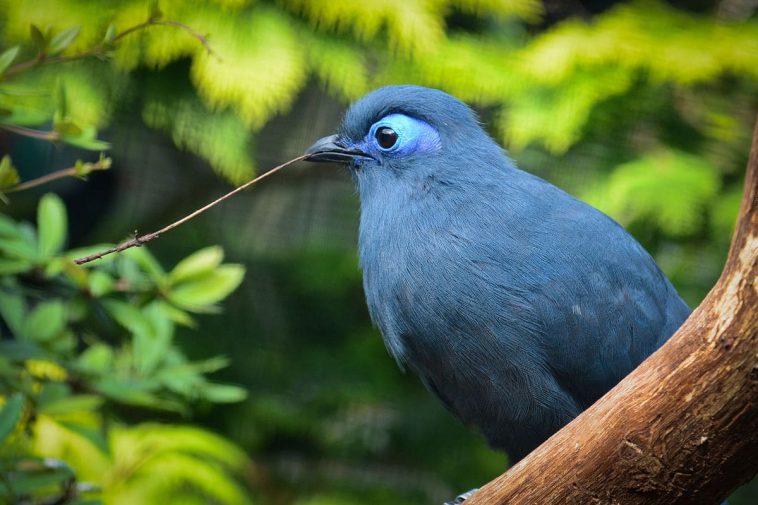 Madagascar is no less than a paradise on Earth. It is the fourth-largest island and is crowned with enchanting biodiversity. Spread across 226,917 square miles, Madagascar was discovered in the 500 AD. And glad it happened because today we know that Madagascar is a keeper of the unseen and unique species of birds and animals. The distinctive geology also aids to the habitat of the flora and fauna. According to reports, there are 250000 species of animals found on Madagascar and out which 70 species are endemic and some are endangered. Let’s have a look at top 10 animals that are just confined to off the coast of East-Africa, Madagascar.

Animals Only Found In Madagascar

Endemic to the island of Madagascar, Satanic Leaf-tailed Gecko is no less than a con artist. The tiny lizard flattens its body to reduce its own shadow. And even camouflages to imitate a dead leaf. The average length of this nocturnal reptile is 10-15cm. It has the ability to amazingly blend in its surrounding. In situations of panic, it opens its jaws and attempts to frighten the predator with a bright red mouth. It can also shed its tail to protect itself from danger. The solitary creature spends the day resting on the tree branches.

Aye-Aye is a strange-looking animal that has its roots linked to chimps and apes. Found only in Madagascar, it holds the honour of being the largest primitive in the world. It resides in the coastal forests in the island and dwells from one tree to the other. Aye Aye is dark brown in colour, have big eyes, slender fingers, claws facing each other and not to forget ‘a scary appearance’. However, it is very gentle and harmless in nature. It feeds on nectar, seeds and fruits.

Found in the dry and rain forests of Madagascar, Malagasy Leaf-Nosed snake is a weird-looking mysterious reptile. As their name suggests, this snake’s nose has a close resemblance to a leaf and it can also bend. Males have longer and pointed appendages. Leaf-nosed snakes lay eggs and the small snakes barely weigh two grams, but they are independent enough to find food for themselves and protect themselves from the predators. These snakes are unique enough to have their own genus.

​A member of the mongoose family, Fossas is the largest carnivorous animal on the island of Madagascar. An ambush predator and agile climber, this mammal is the most cunning hunter in the wilds of Madagascar. Mostly it is confusing to differentiate fossas and cross between a cat and a dog. They have a muscular body, retractable claws, flexible ankle joints and sharp teeth. They reach somewhere near 6.5 feet and weigh almost 10kgs. Their long tail provides them with stability, thus helping them to jump from one branch to the other. They are nocturnal. They are solitary in nature and communicate through scent glands. Just like humans, Fossas walk on their soles.

Another animal that is just confined to the Eastern part of Madagascar is Indri. Its life revolves around the branches of the dense forest. Madagascar has fifty different kinds of lemurs. And Indri is the largest among them. They have small tails, which measures less than 2 inches. Their body length measures between 22-28 inches and they weigh around 10kgs. They have strong legs and big toes. This helps them to move from one tree to the other. An interesting fact about Indri is the colour of its coat, it is the same as the environment and thus acts as a camouflage.

The warm and humid parts of the island is an abode to Tomato Frog. It is a small frog belonging to the family of narrow-mouthed frogs. They are named so due to the vibrant orange tone that they have. However, it is just in case of the females. The males, on the other hand, have a duller brownish orange shade. They are ambush predators. Upon feeling threatened, their body produces a sticky fluid that acts as a shield from predators.

​The moderately sized lizards are awe-inspiring as if nature has painted them with the most vibrant colours. Just like all other chameleons, Panther chameleons also change their colour according to their mood. But the only thing that puts them out of the box is how unique is their natural colour. They also have the ability to rotate their eyes independently in two different directions at the same time.

Eastern Madagascar is home to Aquatic Tenrecs. This rat-like animal is found in just ten sites on Madagascar. And considering its size, it gets difficult to trace them. Also known as Web-footed Tenrec, this species is the only known semiaquatic tenrec. It hunts throughout the night and takes rest during day time. The ratlike creature measures 17 centimetres in length, feeds on insects and tadpoles and equally loves water and land.

Madagascar is home to unique biodiversity. There are 250 species of birds found on the island and out of them, 44% are found nowhere else on Earth. Blue Coua is one of those birds that is only found in Madagascar. The deep blue feather of the bird is eye-catching. They have an average height of 50cm and weigh up to 232 grams. The non-parasitic member of the cuckoo bird family, Blue Coua builds its own nests, unlike other cuckoo birds. It lays only one egg during the breeding season and incubates its own egg.

Giraffe Weevil gets its name from its long neck. It is the largest member of the weevil family. The neck of a male Giraffe weevil is 2-3 times longer than that of a female. They use their necks to build nests and fight with other males during mating season. They have an average length of 2.5cm. They spend most of their lives on small trees. And feed on leaves too. Even if they look weird, they are completely harmless. It is one of the animals only found in Madagascar.

These are the 10 animals only found in Madagascar. Kindly share and check your comments.