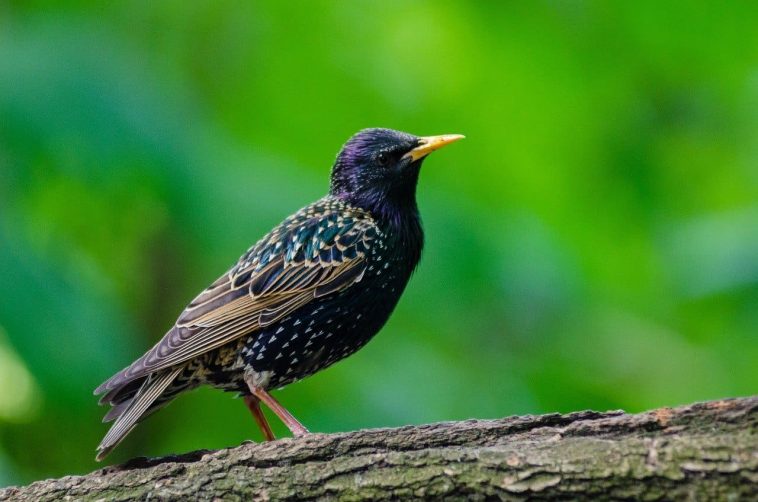 Nature is full of all kinds of sounds. Several animals create sounds that we might consider music. Birds, whales, mice, and even bats produce distinct sounds that include songs and simpler calls. Any insect or fish may produce sound for the sake of communication. There is even a whole field of study dedicated to this idea which is known as zoomusicology. Birdsong is undoubtedly the most beautiful and rhythmic of these sounds. Nature is full of fantastic music, ranging from frogs chirping through the night to whales humming across the oceans. Some sounds are pleasant to the human ear, while some are loud and scary. Some animals use their bodies as instruments, while others make high-frequency sounds that humans need machines to pick up. Below we discuss the top 10 animals that have the best musicality and are known for the various rhythmic sounds that they produce.

Animals with the Best Musicality

The Koel is one of the best singing birds and is a native of Asia. It is a member of the cuckoo family.  With the mango season at its peak in the Asian summers, songs of Koel (cuckoo bird) fill the air. They sing in the breeding season which is from March to August. Males have a typical call “ko-ooo” and they repeat the call for indefinite intervals. Males sing to woo the female birds. Females have a bubbly chuckle sound different from the males, like a  “Kik-Kik-Kik” call.

The The majestic male Humpback whale produces complex songs with remarkable structures that consist of looping sequences of ‘melodies’. These animals are known to sing to attract mates. Recent research suggests that these whales also sing to send out signals to communicate locations. Singing is exclusively a male whale activity and usually, it can only be heard during mating season, which occurs between October and February. Males emit their low-pitched calls – which travel hundreds of miles.

The domestic canary bird, often known as the Singing Canary Bird is a small singing bird from the finch family. It originates from the Azores, Madeira and the Canary Islands. Some canaries will sing a variety of songs, while others are trained by breeders to sing in a certain manner. Canary Sounds have a gently calming effect just like the nightingale’s song. Males are the singers but females will also sing periodically. The Harz Mountain Canary is considered by many to be the best singer.

The northern cardinal is a mid-sized songbird with a distinctive crest on the head. Widespread and common in the Americas, the Northern Cardinal is known for its beautiful red colour and its whistled song. They have a mask on the face which is black in the male and grey in the female. Traditionally, a cardinal represents a loved one who has passed. Both male and female Northern Cardinals can sing. The song is a loud string of clear two-part whistles that speeds up and ends in a slow trill. The songs are of 2 to 3 seconds duration.

Starlings are noisy songbirds. They look black at a distance but when seen closer they are very glossy with shades of purples and greens. It is said that Mozart kept a starling as a pet and even taught the bird to sing the opening theme of one of his piano concertos. These birds make purring, rattling, screaming, chattering, chirping, and trilling sounds. They can also mimic and can copy the calls of about 20 other types of birds. Starlings use their songs, whistles, and warbles to attract mates. When in groups, they make an extremely loud noise. Females also sing, especially in the fall.

Bats are known for their supersonic sounds. Bats produce ultrasonic sounds that exist at frequencies higher than humans can hear. Mexican free-tailed bats sing specific songs for females. The bats also use their warbling sounds to ward off other males. Bats can be distinguished by their bat calls. The bat call contains different components—with frequency either staying the same or varying over time. Bat sounds can be recorded with specialized “bat detectors” that change the sounds to frequencies that humans can hear.

Mice make a squeaking sound by pushing air out of their bodies at supersonic speeds. Male mice sing “ultrasonic” love songs to attract female mice and are the rock stars of the mouse world. Some male mice are better at wooing by a song than others. Mice songs are too high for humans to hear, but sometimes mice can bring their song frequency down for human ears. You can hear a very loud noise made by these mice, which is almost like a whistle. Mice squeaking changes in pitch and frequency depending on what they’re trying to communicate with other mice.

The antelope squirrel is a common animal found in the southwestern U.S. They do not hibernate and remain active above the ground throughout the year. They are avid burrowers and use a lot of trilling in their songs. These antelope squirrels tend to trill more in the spring season. To communicate with each other, these animals produce trill sounds and even stamp their forepaws as alarm signs.

Different species of frogs also send out different rhythmic sounds. Toads and tree frogs create loud sounds by expanding an air sac in their throats like a balloon. Their musical call is a long pleasant trill. Other frogs have air sacs between their eyes and ears that inflate when they croak. Cricket frogs and bullfrogs use their throats but they don’t expand like a balloon. A new species of Music frogs, Nidirana yaoica has a distinct call containing 1–3 rapidly repeated regular notes.

These are the animals with the best musicality. They add a special sound element to the animal kingdom by their quirky sounds, chirps and shrill calls that are uniquely different.