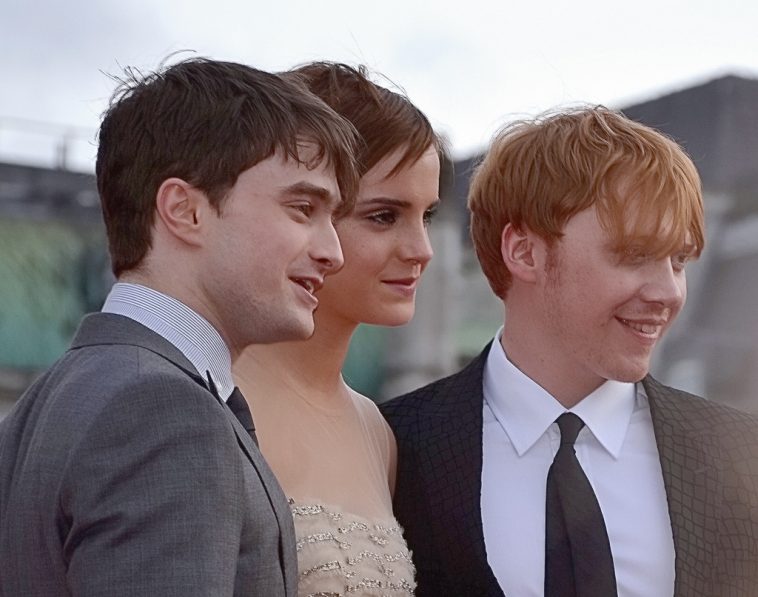 Young Adult fiction books have taken the young world by the storm. These characters are strong, independent, and inspirational. They’re interesting, complex, and physically, mentally, and emotionally strong characters. And believe me; they are not just from kids’ stories. Reading Young Adult fiction offers adults a fantastic world with innocent characters and strong emotions, which they cannot find in grown-up novels. Selecting 10 best characters from Young adult fiction books is like choosing out of countless stars. Each character has its unique characteristics and stands out from the crowd with qualities that all young adult readers love to find in them. Here are some of the best characters from Young adult fiction books that have been able to make a mark for themselves in the heart of their readers. Check them out.

Harry Potter is the protagonist of the Harry Potter series of novels by J.K. Rowling which needs no introduction today. It is about a young boy named Harry Potter and his adventures at the Hogwarts School of Witchcraft and Wizardry which he attends, and his friends Hermione Granger and Ron Wesley, who are also students at Hogwarts.

He learns how to perform magic and in the process has to fight his archenemy, Lord Voldemort. He upholds the ideals of the “Chosen One” to conquer Lord Voldemort and saves the wizarding world as well as the Muggle world. Harry Potter shows how an ordinary boy in the normal world, has potentially great power as a wizard and can rise to immense power by his will power, skills, courage, and honesty.

Percy Jackson is the narrator of Rick Riordan’s Percy Jackson and the Olympians series. He is the main character and is half-mortal and half god i.e. a demigod, who is the son of Greek God of Sea Poseidon, and his mortal mother Sally Jackson. He is skilled in reading Ancient Greek and has inborn “battlefield reflexes”.

He is also one of seven main characters of the sequel series The Heroes of Olympus. He is fiercely loyal to his friends and family. Percy develops majestic supernatural “powers”, like controlling water, making hurricanes, breathing underwater, and talking to horse-like animals and fish. He appears as an accomplished sword-fighter and leader.

Katniss Everdeen is the narrator of the Hunger Games trilogy by Suzanne Collins and the main protagonist. She is a teenage girl who lives in District 12, an impoverished coal-mining region in Panem. She’s a volunteer tribute in Panem’s annual Hunger Games, having taken the place of her younger sister Primrose in an act of heroic self-sacrifice. Katniss is skilled in hunting and archery and uses her knowledge to survive. Katniss and her fellow competitor Peeta Mellark become the victors after defying the Capitol’s attempt to force one to kill the other. Even in the next two novels, Catching Fire and Mockingjay, Katniss comes up as a symbol of rebellion against the oppressive Capitol.

Slayer is the first book of the Slayer novel series, written by Kiersten White. Nina and her twin sister Artemis grow up at the Watcher’s academy where teens are trained as guides for Slayers. The girls are gifted with supernatural strength to fight the forces of darkness. Nina’s mother is a prominent member of the Watcher’s Council, but Nina never shows interest in the violent Watcher lifestyle. Instead, she secures a place in the school medic, following her instincts to heal. Her adventures follow killing demons, and researching in the big libraries.

Annabeth Chase is the popular and strong fictional character in Rick Riordan’s Percy Jackson and the Olympians series. She is half-mortal and half goddess i.e. she is a demi-god at Camp Half-Blood. Her mother is Athena, the goddess of wisdom, crafts, arts, and battle strategy, while her father is Frederick Chase, who is a mortal. She is Indomitable with superhuman abilities, fighting skills with the dagger and the Drakon Bone Sword. She is a symbol of wisdom, intelligence, and leadership who excels in making and implementing strategies.

Dumbledore is a fictional character in J. K. Rowling’s Harry Potter series. He is the headmaster of the wizarding school Hogwarts which Harry Potter attends. He is considered to be the greatest wizard. He is famous for his defeat of the dark wizard Grindelwald and the discovery of the twelve uses of dragon’s blood. Professor Dumbledore’s hobbies include chamber music and tenpin bowling. He enjoys his work on alchemy with his partner, Nicolas Flamel. Dumbledore’s Patronus was a Phoenix.

Gandalf is a fictional character and a protagonist in J. R. R. Tolkien’s novels The Hobbit, The Lord of the Rings and The Silmarillion. He is a wizard and an esteemed member of the Istari order. He is the leader of the Fellowship of the Ring and the Army of the West. He is promoted to the head of the Wizards for his skills. Gandalf had a keen interest in Hobbits. He was instrumental in bringing about the demise of Sauron. Gandalf had the highest inner greatness of all the Istari (Wizards), for which he was given Narya by Círdan the Shipwright.

Augustus Waters is the main character and the male love interest in The Fault in Our Stars. He is Hazel Grace’s boyfriend and the best friend of Isaac. He is a seventeen-year-old, who suffers from cancer, and who has lost his leg due to his illness. He hates the idea of not being able to leave a mark on the world due to his cancer diagnosis. Augustus is concerned with life and death and is worried about fading into oblivion after his death. He is obsessed with doing something heroic.

Finnick Odair was a male victor from District 4, winner of the 65th Hunger Games. He was later reaped into the Third Quarter Quell, of which he was one of the survivors. He was the husband of Annie Cresta and the father of their son. Finnick died during the second rebellion. He was a master with the trident and was known for his strength and physical beauty in the whole Capitol. He won the Hunger Games when he was just fourteen.

These are some of the best characters in Young Adult fiction books.