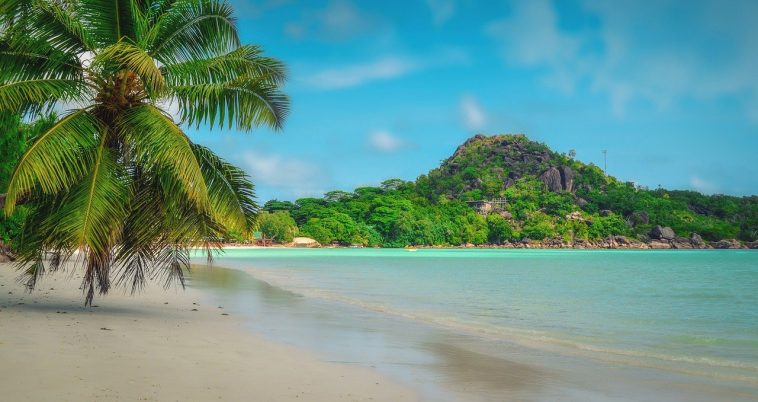 Africa is the world’s second-largest continent that covers about 20% of the earth’s land area. It has about 54 countries with a diverse spread of cultures, population and ethnicity. Africa is known for the hottest places on the earth in the Sahara Desert, and the deepest and the longest river Nile that runs across 11 African countries. It is known for the magnificent pyramids of Egypt and, and its huge ancient cultural heritage. Not to forget, the world’s largest waterfall, the Victoria Falls, also glorifies the African sub-continent. Below we present the best countries in Africa that you can plan to visit. Known for their rich culture, wildlife, and natural beauty, each is a remarkable place on its own. So, check out this list and start packing your travel bags to visit at least one of them.

Best Countries to Visit in Africa

Ethiopia is known as the Cradle of Mankind. Compared with many African countries, Ethiopia is remarkably safe for travel. The Great Rift Valley that is visible from space cuts through Ethiopia from the northeast to the south of the country, which is home to about 70% of Africa’s.  Lalibela, with its rock-cut ancient churches, and the capital city Addis Ababa, are other beautiful places to visit. Lake Tana, which is the source of the Blue Nile and is 84 km long, is located in Amhara Region in north-western Ethiopia. The Blue Nile Falls are situated 30 km downstream from Lake Tana. The Afar Region of northeastern Ethiopia has the Erta Ale, which is a continuously active basaltic shield volcano.

Mauritius, located in the Indian Ocean, is known for its beaches, lagoons, and reefs. The island boasts over 150 km of beaches around its shoreline. The mountainous interior includes Black River Gorges National Park, with rainforests, waterfalls, hiking trails and amazing wildlife like the flying fox. Capital Port Louis has sites such as the Champs de Mars horse track, Eureka plantation house, and 18th-century Ramgoolam Botanical Gardens. The wildest and most beautiful landscapes of the island are in the South, with sandy beaches, rocky shores, sugar cane fields.

Seychelles is blessed with turquoise waters and white sandy beaches with exotic sea life and is a paradise on Earth. It is an archipelago of 115 islands located in the Indian Ocean, off East Africa. It is home to numerous beaches, coral reefs and nature reserves, and rare species of wildlife. Mahé, a popular tourist hub, is home to capital Victoria. It also has the mountain rainforests of Morne Seychellois National Park and fancy beaches.

Morocco, a North African country bordering the Atlantic Ocean and the Mediterranean Sea. It has Berber, Arabian and European cultural influences. The world-famous Atlas Mountains are situated here. The Moroccan Desert with the beautiful AitBenhaddou Oasis city is remarkable. The country also has exotic azure beaches at Sidi Ifni, Taghazout, and in Agadir. The souks (marketplaces) here sell some of the most stunning and gorgeous ceramics, jewellery and metal lanterns. Moroccan cuisine is known for being very fragrant and appealing with its Moroccan Tajine, Couscous or mint tea.

Botswana, a landlocked country in Southern Africa. The famous Kalahari Desert and the Okavango Delta are located here. The massive Central Kalahari Game Reserve is located here. It has great fossilized river valleys and grasslands and is home to numerous animals including giraffes, cheetahs, hyenas and wild dogs. Most tourism in Botswana is centred around Gaborone, Francistown and the tourist capital, Maun, which is the gateway to the Okavango Delta. It is one of Africa’s most popular and exclusive safari destinations.

Zambia is located in Southern Africa, and boasts of diverse wildlife, with many parks and safari areas. It has the famed Victoria Falls on its border with Zimbabwe. Apart from its iconic Victoria Falls, the country has a lot of natural water resources.  Other attractions include the famed Zambezi River, numerous national parks, vast species of wildlife and birds, as well as the vibrant culture of the country. Both the Zambezi and the Congo rivers are home to Zambia.

Madagascar is the second-largest island country, in the Indian Ocean, approximately 400 km off the coast of East Africa. Madagascar boasts of a vast and exotic flora and fauna. It is home to more than 10,000 species of plants and 90% of them are not found anywhere else in the world, with most of these listed as endangered. Madagascar is a dream destination for outdoors enthusiasts, with its lemurs, rainforests, and desert, hiking and diving. Madagascar is also known for its epic landscapes, adventure islands, village stays, long-distance trails, festivals, and Friday night discos.

Tanzania is an East African country known for its vast wilderness and stunning wildlife areas. The Serengeti National Park is a safari Mecca populated by the “big five” game, which are the elephant, lion, leopard, buffalo, and the rhino. There is also the Kilimanjaro National Park, home to Africa’s highest mountain. The tropical islands of Zanzibar lie offshore. They are the home of idyllic beaches, coral reefs and rich marine diversity making it a perfect under-water destination for snorkelling and diving.

South Africa is located at the southernmost tip of the African continent. It has the famous inland safari destination- Kruger National Park that makes it one of the best countries to visit on vacation. The Western Cape offers beaches, and lush wine lands around Stellenbosch and Paarl. The Cape of Good Hope which has some exotic wildlife, forest, and lagoons along the Garden Route, and the city of Cape Town, beneath flat-topped Table Mountain, are all major tourist destinations. It is one of the best countries to visit in Africa.

Rwanda is an East Africa country, landscaped by greenery and mountains. The country is full of national parks and safari ranges. The Volcanoes National Park encompasses Mt. Karisimbi and 4 other forested volcanoes. The Nyungwe National Park in South West is a rich habitat for primates in its hilly rainforest. The national capital Kigali is an upcoming and vibrant city. North-east Tanzania has the sprawling savannahs and the Akagera National Park, with its rich wildlife consisting of zebras, giraffes, elephants, and hippos.

AfricaBest Countries to Visit in AfricaTravel