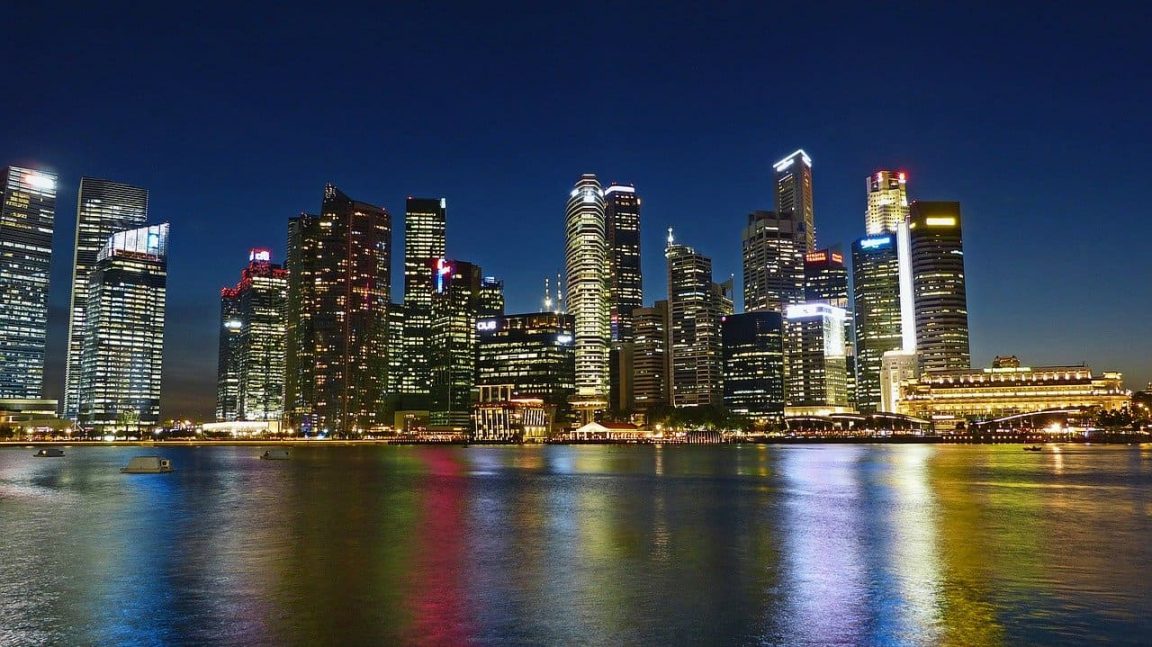 Asia, a continent of extremes, is the largest and most populous continent on our earth. Located primarily in the Eastern and Northern Hemispheres, it shares the continental landmass of Eurasia with the continent of Europe and even with Africa. Asia varies greatly across and within its regions with regard to ethnic groups, cultures, environments, and climates. Home to 48 beautiful countries like China, Japan, India and Singapore, Asia has its magnificent charm and appeal. Here is a list of the best countries to visit in Asia, which will keep you wanting to come back again and again.

Best Countries to Visit in Asia

Singapore is an island city-state off southern Malaysia. Singapore has a wide selection of leisure offerings for everyone, whether you are nature lover, culture buff, thrill-seeker or adventure enthusiast. It is a city of contrasts- from traditional architecture houses to tall skyscrapers and glitzy malls, street food to international gourmet, and from global festivals to street festivities. Shopaholics can have fun exploring Bugis Street and Orchard Road. Explore Singapore’s St John’s and Coney Islands, and Labrador Nature reserve for Singapore’s rich flora and fauna. Culture lovers can visit the City Gallery and the National Museum for a cultural showcase of the country.

India in South East Asia is a kaleidoscope of rich cultural heritage, traditions, and varied geography. Whether it is the hill stations of Shimla, Dalhousie or Nainital, or the snowcapped mountains at Gulmarg and Leh, the golden desert in Bikaner and, or the rich vegetation in Kerala and the Northeastern states, India offers it all at one place. You can enjoy the many facades of the ocean in its coastal cities and the islands of Andaman and Nicobar and Lakshadweep as well. Temples, magnificent architectural monuments, gorgeous landscapes, colourful festivals and friendly people, all make India all the more appealing to visit.

A paradise island in the Indian Ocean, Maldives is famous for its scenic beauty, with turquoise waters, white-sand beaches, coral reefs, and spectacular sunsets. Travellers seeking relaxation and adventure can unwind at one of the island spas and visit the Maldivian capital of Male’, famous for its beautiful mosques and colourful buildings. This place has got spectacular underwater hotels to overwater private bungalows and is a heaven for underwater sports, scuba divers and snorkelling.

One of the best countries to visit in Asia the Philippines, is an archipelagic country in Southeast Asia, in the Western Pacific Ocean. The country is known for its beaches, heritage towns and monuments, mountains, rainforests, islands, and diving spots. Manila is the country capital and a bayside city in Luzon, with a rich cultural mix of Spanish architecture buildings and modern skyscrapers. You can visit the beach island at Boracay, known for its white sandy beaches and resorts, diverse water sports and marine life. Not to forget is Cebu City which is an island province with beach resorts, dive sites, and Spanish colonial sites. \

Thailand is a Southeast Asian country and one of the best countries to visit on vacation. It’s known for its tropical beaches, along with royal palaces, Buddha temples, and ancient ruins. The capital Bangkok is an ultramodern cityscape with iconic temples of Wat Arun, Wat Pho and the Emerald Buddha Temple (Wat Phra Kaew). Close to Bangkok are the beach resorts of the bustling Pattaya and Hua Hin. You can visit Phuket, a rainforested, hilly island in the Andaman Sea that has a myriad of high-end resorts, spas, restaurants, bars, and discos. Not far off from Phuket, are the Phi Phi Islands in the Krabi province, which are a haven for underwater sports and beach adventure lovers.

Cambodia is another Southeast Asian country near the Gulf of Thailand. Its capital Phnom Penh is home to the art deco Central Market, glittering Royal Palace and the historical and archaeological exhibits of the National Museum. The place is also famous for the ruins of Angkor Wat, a massive stone temple complex built during the Khmer Empire. Just off the coast of Southwest Cambodia, near the Ream National Park, is the island of Koh Ta Kiev. There are several raw and pristine beaches here, with one of the most scenic being the Coral Beach.

Indonesia is the largest island country in the world in between the Indian and the Pacific Oceans. You can visit Bali, a gorgeous beach city and Ubud, the centre for historic art and culture. Scuba diving lovers can head for Gili Islands and the wildlife enthusiasts can visit the rainforests in Sumatra, where you can get a chance to see the world popular Komodo dragon in the Komodo National Park.

Malaysia is a Southeast Asian country that occupies the Malay Peninsula and Borneo Island. It is known for its beaches, rainforests and a vibrant mixture of Malay, Chinese, Indian and European cultures. The capital, Kuala Lumpur, has several colonial buildings, busy shopping districts such as Bukit Bintang and the iconic, Petronas Twin Towers. You can visit Genting Highlands in Pahang, for a never-stopping entertainment experience with its theme parks, casino, and live performances at night. It has the famous Legoland and Kitty Town at Pahor, with thrilling rides and theme parks. You can scale the heights at Malaysia’s highest peak is Mt. Kinabalu, Sabah, or explore the underwater fiesta in The Sipadan Island there. It is one of the best countries to visit in Asia.

A lesser-known country, but one with bewildering scenic beauty and remarkable historical sites in the country of Kazakhstan in Central Asia. The country has a rich natural diversity, with arid deserts, scenic canyons, lush valleys, snowcapped mountains, beautiful glaciers, and turquoise lakes. You can visit the beauty Almaty city, with snowcapped Tian Shan Mountains and apple forests and Ilae-Alatu National park that has the world’s largest outdoor ice-skating rink Medeu and Central Asia’s top skiing resort Chymbulak.

Best Countries to Visit in Asiatop10