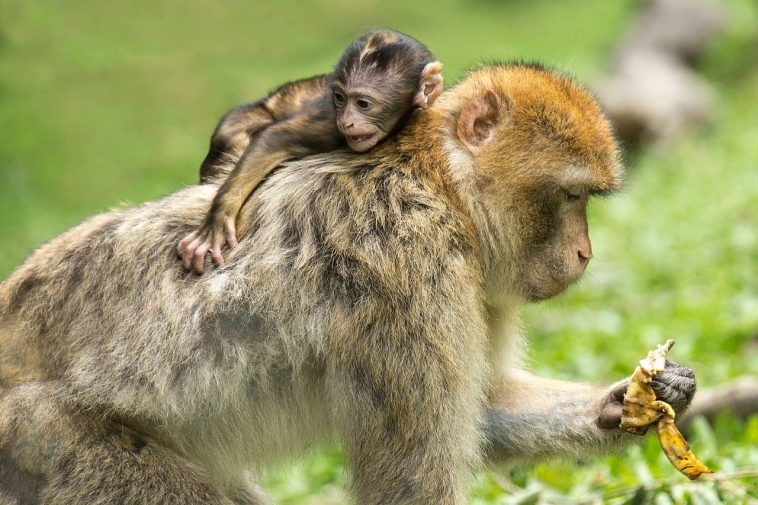 Animal intelligence and its tests are not unknown to us. We have always been intrigued by the varying levels of intelligence of some of the animals. Intelligence here is not just learning and training skills, but also consists of social skills, emotional capacity, and problem-solving ability in animals. We will discuss the best intelligent animal species.

The study of the mental capacities of animals is known as Animal cognition. We can define animal intelligence as a combination of skills and abilities that allow animals to adapt to their specific environments. There are IQ levels and SAT scores to rank the humans but for animals, comparative psychology is used as a tool. Researchers use some popular tools like the “pointing test” and the “mirror test” for intelligence-assessment.In the “pointing test,” an animal is trained to expect food in a certain place. The mirror test finds out whether an animal can recognize its own reflection in a mirror or not. Let us talk about best intelligent animal species.

One animal that we all recognize an intelligent creature is the Elephant. Elephants have a reputation for being smart. They have incredible memories and can remember certain routes over vast stretches of land for many years. Apart from having great memories, these animals are extremely social, helpful, compassionate and empathetic.

One of the scariest animals in Africa animals that use seismic waves to communicate. Researchers have observed that elephants know how to use tools such as sticks or palm leaves to keep away flies and other insects. They also help fellow species in times of need, play with water and communicate with each other through vibration in their feet.

A human’s best friend, the dog, is extremely intelligent and popular as the best animal in the world. Researchers have found that dogs are capable of understanding up to 250 words, gestures, and commands. Dogs have advanced memory skills. They are able to read and react appropriately to human body language such as gesturing and pointing. Dogs are very good at understanding human voice commands. A Border collie dog can learn a new command in as less as 5 seconds and can follow that command at least 95% of the time. It is also one of the animal species that are the most affectionate animals towards humans.

No points for guessing- the Chimpanzee is the smartest animal in the world. These apes and humans share almost 98% DNA. They live in social communities and have great social skills that make them adapt to various environments. Chimpanzees also have amazing problem-solving skills and can use tools or rocks for drinking water or to crack up nuts. They have a very strong short-term memory and can show empathy, kindness, and self-awareness in daily lives.

After Chimpanzees, the commonly found Rhesus monkeys are one of the most successful primate species on our earth. Monkeys are known to exercise or maintain their power in groups. They are also highly social animals. Alpha male monkeys in the troop use threats and violence to get their share of food and power. Humans have widely used monkeys as pets, as service animals for disabled persons and even in experiments. This species has flown in a space shuttle, with Albert II being the first monkey in space who flew in the US-launched V-2 rocket on June 14, 1949.

Most scientific researchers and marine biologists have unanimously agreed that the Dolphins are very intelligent creatures. These playful and friendly sea mammals can be talented mimics, skilful acrobats and quick learners. They demonstrate self-awareness, problem-solving, and empathy, and even emotions like grief, joy, and playfulness. They process information from their environment in a similar way to humans and have problem-solving skills. When dolphins are in trouble, they always help each other. If one becomes sick and heads toward shallow water, the entire group will follow their sick mate.

Experiments have suggested that crows are another species of intelligent birds. They are as smart as a seven-year-old child. They stay conscious of their surroundings and neighbours. Crows can make use of tools like twigs and sticks to open nuts. They can even figure out how to complete a series of events. Crows have a good memory for human faces. They can respond to human intervention by scolding and cawing—and even alerting other crows in the vicinity.

We all know parrots as very good mimics who have a penchant for human speech. Of all the existing parrot species, the African Grey Parrot is the most accomplished one. Studies with the grey parrot have shown that they can associate words with their meanings and form simple sentences. In the 1950s, Harvard psychologist Irene Pepperberg began teaching English sounds to an African Grey Parrot, Alex. Alex mastered around 100 words, and could effectively use them and almost answer questions like humans!

Bees or Honey bees are tiny but very intelligent insects. Researchers have concluded that bees can learn from their environment to gain a reward. They can also teach other bees in the hive to do the same. Bees also have memory and can remember faces. Bees are also known for their ability to make accurate collective decisions in a swarm or a hive. They can copy each other through communication and social learning.

Cats are also among intelligent animals, though they are not so smart in learning skills as dogs. These animals are skilled at hunting. They are agile and possess incredible sensory abilities. Some cat owners have trained their pets to follow short commands like to sit down, roll over and jump through hoops. Cats learn the tricks by observation and imitation if it is accompanied by positive reinforcement. Cats learn to adapt to a wide variety of domestic environments due to their strong need to survive. It is also listed as one of the most graceful animals.

Horses are one of the best looking animals and very clever and smart companions. Horses can recognize human emotions, similar to a dog. Horses can even perceive emotions just by looking at a photograph. They can recognize their owners by their voices. They are very loving and loyal to their owners and caretakers and can generate a mental picture of them. Horses can learn and can be skillfully trained by conditioning. They know how to respond to commands given by their owner or trainers. They can also make associations and bond very well over time.

These are some of the intelligent animals in the world. Communication, empathy, survival and social skills are the traits where they stand out in their higher cognition over other animals. Besides these animals, whales and octopuses also show some degree of cognition. Nature has gifted them with unique animal intelligence so that they can stay in social groups and form strong bonds.