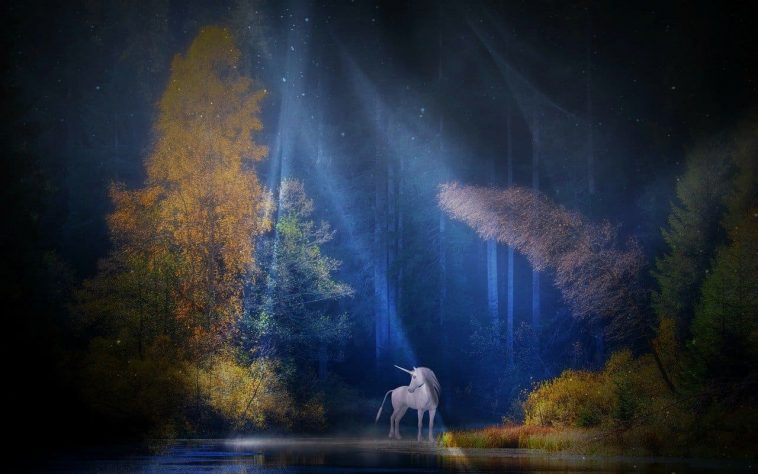 Animals, whether natural or legendary, have always been a topic of interest and marvel for all of us. While we always have the opportunity to see real-life animals, there are some animals which are too good to be true. A legendary animal is a fabulous creature that has supernatural powers whose existence cannot be proved. Such legendary animals have often been described in folklore. Some have their origin in traditional mythology and were believed to be real creatures, for example, dragons, griffins, and unicorns. Others appear in classical stories or myths. Whatever be the source, the charm of these legendary animals remains afresh even after thousands of years. Here we take a trip down the legendary lane and discuss some of the best legendary animals.

Legends describe the unicorn as a beautiful, white stallion that has a single large, pointed, spiralling horn projecting from its forehead that has magical healing qualities. The unicorn appeared in early Egyptian artwork and the ancient myths of India and China. They have special magical powers to grant the wishes of those who have a pure heart. These white beauties are elusive and can be very difficult to spot in the real world today. The Chronicles of Narnia had Jewel as the warrior unicorn.

As per the legends, the Griffin is a legendary creature with the lower body structure and legs of a lion, and the head and wings of an eagle. Its front feet were like an eagle’s talons. It is used to denote strength, courage, and leadership. It was also a symbol of divine power and was considered the lord of all creatures. It often looked after some valuable treasure. In the Persian Empire, it also had the power to protect people from all evil and witchcraft.

The Kappa is typically depicted as green, human-like beings with webbed hands and feet and turtle-like backs. Kappa is usually seen as mischievous troublemakers found in traditional Japanese folklore. All Kappas were said to have a small bowl-like dent on top of their heads. This was supposed to hold a small pool of water called the ‘Sara’, that was the source of their magical powers. They were supposed to keep their Sara full, else they could die.

Folklores of many cultures around the world depicts a dragon is a large, serpentine legendary creature. Dragons in western cultures have been depicted as winged, horned, four-legged, creatures, blazing fire from their mouths. They are often said to dwell in caves, where they hoard treasure. The dragon symbolizes power, strength, and good luck for people as mentioned in the East Asian cultures. The dragon spirit guide often wants you to get in touch with your psychic nature as per folklore.

Phoenix was very rare in existence and was immortal and powerful birds that could create fire. According to Ancient Greek folklore, a phoenix is a long-lived bird that can regenerate or is otherwise born again. It is often referred to as a firebird because it dies and is reborn out of the fire. It is associated with the sun and can obtain new life by arising from its ashes. In the historical stories, the phoenix lived in Paradise and symbolized renewal or resurrection.

Fans of the Twilight series will recognize this “Werewolf”. The mystic werewolf was a human with the ability to transform into a powerful and vicious wolf, either purposely or after being placed under a curse. These transformations occurred on the full moon night, and the werewolves changed back to the human form by day. Werewolves made another early appearance in Greek mythology, and early Nordic folklore.

Delphin was a dolphin-like sea demon. He was in the service of the god Poseidon. He was the leader of the dolphins who served Poseidon in his search and persuasion of Amphitrite, whom Poseidon wanted to marry. Delphin was triumphant in his mission to convince the young nymph for marriage. For his services, Poseidon placed the dolphin amongst the stars as the constellation Delphinus, which can still be seen today.

Sea serpent is a legendary marine animal that traditionally resembles an enormous snake. It dwelt in the depths of the deep sea. It has also been described as a sea dragon in various mythologies, most notably Greek, Mesopotamian, Hebrew, and Norse. It symbolizes power, protection, and revival. The tales of sea serpents have continued to exist throughout the centuries.

Pegasus is a mythical divine horse with wings. It is one of the most reputed creatures in Greek mythology. Pegasus performs dutifully and without question for the riders who tame him. The pure white Pegasus is the offspring of the Olympian god Poseidon, the Greek God of the Sea, and Medusa. Pegasus symbolizes the divine inspiration or the journey to heaven. Riding a Pegasus was synonymous with “flying” to the heavens.