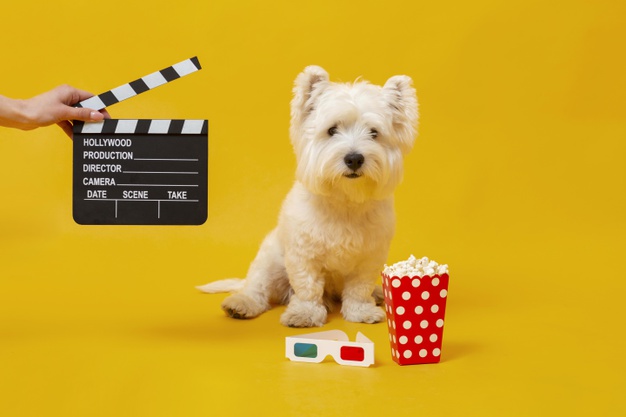 Animals and people are connected by an unbreakable connection. There are so many cases when some of such stories have traveled the entire world. Many will say that we can learn a lot from animals – and that is, in fact, a great truth. Therefore, it is not surprising that animals were the inspiration for many of the movies we have enjoyed watching and some new ones that await us in the future. So we bring you a list of 5 wonderful, touching movie stories that tell a tale about animals, friendship, love, and loyalty.

Animals On A Movie Screen

There is almost no area of human activity that is not imbued with the mutual relationship of humans and animals. It can be either in a real or symbolic sense in different contexts: family, social, as well as in the context of culture, art, etc. Therefore, the movie stories about animals are not an unusual phenomenon. It is even less strange that the characters from these movies have been gaining popularity for years, even decades. From legendary animated characters to true heroes, these creatures have shown that we can rely on them as well as humans, and often much more. From a small mouse to a huge animatronic shark – many animals have become popular around the world thanks to their appearance in the film industry.

The Most Famous “Animal” Movie Roles

Most of the roles that animals played in movies – are remembered for the fact that these wonderful creatures showed true loyalty and devotion. However, there were also roles in which animals were synonymous with fear and evil. However, for the most part, their presence in the film served as a message of the importance of the friendship between man and animal, which together can overcome everything. The movie heroes were dogs, horses, pigs, rats, dolphins, wolves, whales, etc. You can see a lot of details about it on the Internet – and if you want to watch some of the best movies with animals, here are some of our suggestions for 2021.

You could watch this true story of the affection, loyalty, and immortal love of a dog in cinemas around the world. However, if you missed it, you have the opportunity to watch this remarkable film. Music professor Parker Wilson (Richard Gere) comes across a lost puppy that arrived in America from a Japanese convent. Wilson decided to take him home. On the plate on the necklace of this Japanese breed of Akita was written Hachi, so the puppy got its name. The relationship between the professor and Hachi deepens with age. One morning, when the professor was going to work – Hachi follows him to the train station and refuses to return home. The next morning, the professor manages to go to work, but when he returns, he finds Hachi waiting for him at the station. Hachi knew exactly what time the professor came home so he went to the station every day to meet him at exactly 5 pm – which became their daily routine.

One morning, like everyone else, Parker goes to work, but due to a fatal brain hemorrhage, he never returns. Hachi is still waiting for him in their place and refuses to return home until they take him away. But Hachi never gave up. For the next nine years, every day the dog goes to the station and waits for his master to return. A beautiful and touching story of love and loyalty that will bring you to tears. Make sure you watch this movie if you haven’t by now.

Director Ang Lee has created a masterpiece movie that was made according to a book by Yann Martel. We can definitely say that this is one of the classics of the modern age. Nominated for 11 Oscars, of which 4 won – Life of Pi is the movie that everyone will enjoy watching. It is a story of a boy who, after surviving a shipwreck, will create an unexpected connection with another creature that survived – a scary Bengal tiger. This magnificent movie shows that despite the situation – we must always have hope and faith and never give up fighting.

A great, adventurous, and beautifully told story. A great movie about a man’s best friend, fighting spirit, courage, friendship – and, finally, heroism. A very well-composed script that deeply explored the relationship between Togo and his owner – as well as Togo’s character that is full of mischief, but also combativeness, courage, and stubbornness. The film brilliantly portrays the snowy and icy environment of Alaska. The landscape as well as the race scenes under these extreme and stormy conditions make this film even more exciting to watch. In conclusion, a film that absolutely deserves everyone’s chance, and we have nothing left to say but a recommendation to watch it.

Disney’s new live-action movie “Cruella” has already announced with a trailer that it will become a real hit. In this movie, the famous negative Cruella de Vil from the story “101 Dalmatians” was embodied by Emma Stone. Stone plays the young Cruella de Vil, and the plot is focused on her life before she became a known dog hater. The story is set in London in the 1970s where young designer Estella de Vil lives, and the film follows her transformation into one of Disney’s scariest villains with recognizable black and white hair. Be sure to check it out!

This is the long-awaited sequel to the touching global movie hit Dog’s Purpose. The movie is based on Bruce Cameron’s bestseller, which is told through a dog’s view of the world. Bailey experienced four reincarnations in the same number of races in the first sequel of the movie. Now, he is a mix of Australian Shepherd and St. Bernard dog – and he spends his days in a comfortable life on a farm in Michigan with Ethan, who is now in his mature years, just like Bailey. As Bailey’s soul prepares to leave this life, he gives Ethan a promise to follow his granddaughter CJ through his new life and protects her at all costs.

Then begins a new Bailey’s adventure. Along with CJ, Bailey finds his new destiny and forms an unbreakable bond that will take him and the people he loves to places they never imagined. Don’t dare to miss this one!

Often, movies about animals teach us various lessons and sometimes they are cruel or emotional. But so is our world. Hulu’s Animal Kingdom that you can check out on thevore is not a film about animals, but it shows how we are similar and how can we behave like ones.