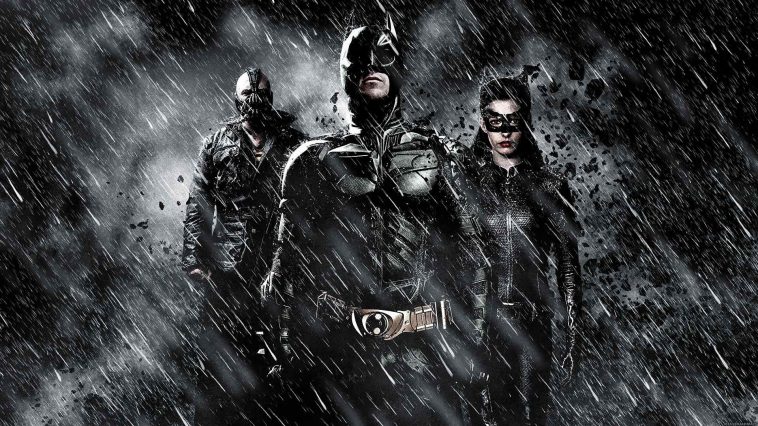 Cinema is a true reflection of life. A picture that the director frames in his mind and an actor pours in the emotions to transform it into a masterpiece. And the hard work comes into life with the applause and cheer from the audience. Films and filmmakers have always left us amused, just like John Malkovich and Robert Rodriguez’s ‘100 years’. Even though the movie has been filmed, none of us will be able to watch it, because it will release on 18th November 2115. Yes, you read it right. We don’t know about the future, except the fact that it holds the best. But here are some movies that have left behind an impact on the generations to come, they are loved and celebrated.

BEST MOVIES OF ALL TIMES

‘I’m gonna make him an offer, he can’t refuse’, a dialogue that sends chills down the spine and the prolific storytelling that has set a benchmark. The iconic crime movie revolves around the influential family of Vito Corleone, The Godfather.  An adaption of the novel written by G.P.Putnam’s Sons, the movie even portrayed violence in a way that it was admired. The movie showcases the madness for power and what one has to put at stake to get a taste of it. The Godfather won three Oscars and gave a new direction to storytelling.

Based on Stephen King’s novel, the movie is about a banker who has sentenced imprisonment in Shawshank State Penitentiary for the murder of his wife. Andy meets Red in the prison and from there begins his journey. The movie shows the hardship that Andy had to go through until one day, his cell was found empty and when the guard took off the poster of Raquel Welch, they could see the long tunnel through which Andy had escaped to his new world. Finally, Andy and Red meet in a beach and cherish redemption. Indeed, hope is a good thing and no good thing ever dies. Funnily, Shawshank Redemption could not make enough profit in the theatres because prison films weren’t much appreciated then.

A historic movie set in the backdrop of World War II speaks laurels of bravery and courage. Schindler is a successful businessman and wants to shine his luck at the onset of the war. So he sets up his factory with Jews as his labors. Everything goes in his favor until a psychopath starts making Jews his target practice and shooting them down. Schindler then decides to save the Jews in his factory and prepares a list, thus the title of the movie. Bad turns into worse when there comes an order to take the Jews to Auschwitz and kill them, but Oskar Schindler uses his money and will to keep all of them alive till the end of the war.

4. ONE FLEW OVER THE CUCKOO’S NEST

There are a bunch of madmen in the mad world and all one desires is to take a flight, to escape the cage and taste freedom. McMurphy comes from the prison to mental asylum assuming that he will comparatively have a better life now, but the worse was waiting for him. Upon arriving, he discovers that the Nurse Ratched runs the asylum as her wish and controls everyone. He protests against this and encourages others to rage their voice, but he had something else in fate. The movie is about the thirst for freedom, the struggle it takes and much more. It is one of the best movies of all times.

Forrest Grump, a boy with a below-average IQ and not so perfect life is the protagonist of the movie. But what makes him different is his ability to turn anything into something beautiful. He had braces in his legs and upon removing them, he could run really fast and he feels thankful about the fact. Forrest finds happiness in every little thing, but the only regret he has is not having Jenny as they were growing apart. The movie proceeds with Grump’s struggles and him finding the answers, Jenny and other events.

Quentin Tarantino is known for its intricate yet impressive storytelling. And Pulp Fiction is a classic. The movie starts with two hitmen in a frame and takes you on the journey of not-so-predictable. There are stories within stories and efficient dialogue delivery. The most thrilling scene being Mia’s needle to the heart.

It was only in 2013 when the revelation about Hannibal came into the limelight. Robert Maudsley is the inspiration behind the madman Hannibal Lecter. The movie revolves around Lecter and FBI cadet Clarice who is trying to interrogate Lecter in order to get hold of another psychopath Buffalo Bill. Clarice realizes that the man behind the glass bar with a thin smile knows how to play psychological games, yet she tries to unveil the wraps and discover the truth.

The 96 minutes movie is set in a courtroom. Just a courtroom, with 12 members in the jury who are to decide the fate of an 18-year-old boy. If there is a question of reasonable doubt, he will be declared not guilty, but if he is found guilty, he will receive a death sentence. Out of all the jurors, only one juror votes for not guilty, which gives rise to conflict. Now, he suggests to run a secret ballot and the movie runs around that room where the fate of the young lad is decided. It is one of the best movies of all times.

Christopher Nolan’s Dark Knight redefined the way we had always seen Batman and Joker. The Gotham city saw the darkest night and Batman was there to rescue. The cinematography and especially Nolan’s storytelling was beyond brilliance. What added more to it was Heath Ledger’s terrific acting. His involvement in the character of Joker left everyone spellbound. The Dark Knight wasn’t only successful in the commercial market but also got critically acclaimed.

One movie that gives you nightmares and goosebumps and obviously you don’t talk about your favorite David Fincher’s film, because that’s the rule number one. Fight Club shows you the Tyler you dream of and Marla you desire. The narrator lives his casual monotonous life until he gets that kick from the maniac in his brain and lives the life he hadn’t even dreamt of. The movie forces you to rethink your vision towards the perfect life and the adventures hidden within.

Best Movies Of All TimesMoviestop10