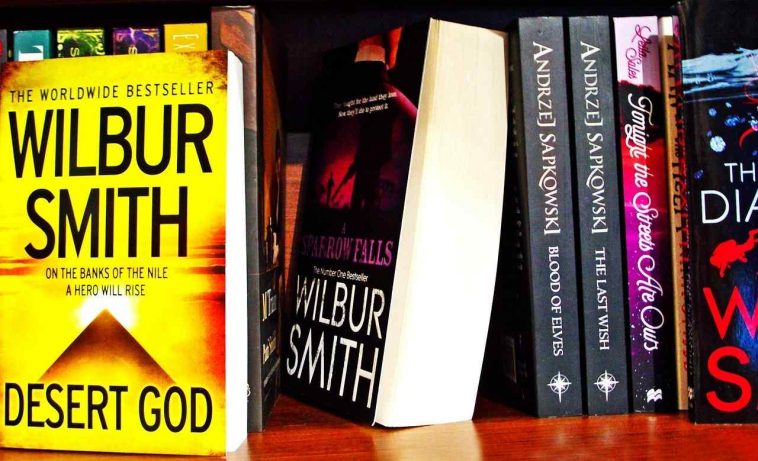 Novels have been existing since ages and in countless languages in several different forms. For some of us, novels are not just pages filled with words, but places that can create a wonderland. Novels have evolved, and writers have written novels in a variety of genres with distinctive characteristics. Some of these novels are considered great literary works or “classic” novels. These works have been considered as “classics” because these stories are great specimens of the novel form; they have also stood the test of time through their writers’ beautiful work of fiction.

Selecting 10 of these classic gems out of an entire casket is indeed a challenging task. We all will have varying opinions on which a novel could have been the “greatest book ever written,” whether we are literary critics, writers, or just casual readers. Nevertheless, here is a list of best novels of all times.

Best Novels Of All Times

Jane Eyre is a classic written in 1847 by Charlotte Brontë. This classic novel represents the triumph of good over evil. This classic has something for an everyone-an interesting plot, a great romantic story, and a wonderful message as to how we can emerge from our tragic past relying on an unshakeable faith in God and with high moral standards. Jane Eyre, the central character, is a very strong female character who learned to overcome the circumstances without sacrificing her dignity. Bronte’s remarkable style and her sharp characterizations further enhance the story. The book is so filled with twists and turns that the reader remains glued to the book.

Pride and Prejudice has been the most loved and most popular novels of English Literature. The novel revolves around the character development of Elizabeth Bennet. This is the most cherished English love story, filled with comedy. Its humour lies in its honest depiction of manners, education, marriage, reputation and class and money during the Regency era in Great Britain. The novel makes us aware of the people like Wickham and also of the consequences of being haughty as Darcy, who in spite of being a good human being, became a victim of Elizabeth’s prejudice.

This is the Great American Novel by Fitzgerald during the 1920s Jazz Age. In the Great Gatsby, Fitzgerald successfully creates the storyline around on a variety of themes — justice, power, greed, betrayal, and the American dream. Jay Gatsby had attained great wealth and status but his dream was to have a future with his one true love, Daisy. The novel captures money’s power to corrupt, and how it can be used by the rich to escape from the consequences of their actions.

This famous novel by Harper Lee is widely read in high schools in the US. It has become a modern American literature classic, and also won the Pulitzer Prize. To kill a mockingbird refers to destroy innocence. Throughout the book, several characters like Jem, Tom Robinson, Dill, Boo Radley, and Mr Raymond, can be identified as mockingbirds-innocents who have been injured or destroyed through evil life experiences. The book explores the moral nature of human beings and has a class of its own.

Great Expectations is one of the semiautobiographical works written by Charles Dickens. It is the story of Pip, an orphan boy, who is adopted by a blacksmith’s family. He has good luck and great expectations. Dickens conveys his message through Pip’s experiences who learn several hard truths about life. Pip’s “great expectations” are all disappointed. The realistic, meaningful story with superb characterization, make this a classic novel by Dickens.

This classic novel was Hardy’s first literary success. His novel emphasizes the importance of a man’s connection to, and understanding of, the natural world. This is the story of an independent and beautiful Bathsheba Everdene. She falls in love with three very different men- a sheep farmer Gabriel Oak, a handsome and reckless Sergeant Frank Troy; and a prosperous and mature bachelor William Boldwood. This beautiful story explores the nature of relationships and love – and the human ability to overcome hardships through resilience.

This is another classic novel by George Eliot, the pen name of Mary Anne Evans, later Marian Evans. A gripping tale of provincial life, Middlemarch is a highly unusual novel. It has many characteristics typical to modern novels, although it is set in the Victorian era. Middlemarch’s vivid description of communal life – the country town, the surrounding villages and sharp characterization of the protagonists creates a literary classic that will be long cherished by all its readers.

Ulysses is a modernist novel by Irish writer James Joyce. Ulysses elaborates on the experiences of Leopold Bloom in Dublin and is the Latinized name of Odysseus, the hero of Homer’s epic poem the Odyssey. The novel represents many similarities between the poem and the novel. Leopold Bloom and Odysseus have structural similarities and that is what Joyce has tried to portray. It is about James Joyce trying to “find himself” and “prove himself” as “the greatest artist of all time.” In the process of finding and proving himself, he creates a maze (like Daedalus) but shows himself to be an Icarus. The central theme of “Ulysses” works on the search for adventure, experience, and meaning which makes life worth living.

The Old Man and the Sea is a short heroic novel by Ernest Hemingway and was awarded the 1953 Pulitzer Prize for fiction. This was his last major work of fiction. The story is about an ageing fisherman who engages in a battle to catch a giant marlin. This book examines a man’s place in the world while exploring his need for survival. This novel has attained the designation of classic literature because of the introspective and philosophical nature of the novel, and Hemingway’s unique style of writing.

The Lord of the Rings is an epic high-fantasy novel written by English author and scholar J. R. R. Tolkien. The author considered this novel as a lost alternate history, not fantasy. He presented himself as a chronicler of a world, not a story. Every single thing in the Lord of the Rings is built on something that Tolkien had created decades ago. The plot has been built on centuries of myth and legend from North Europe.