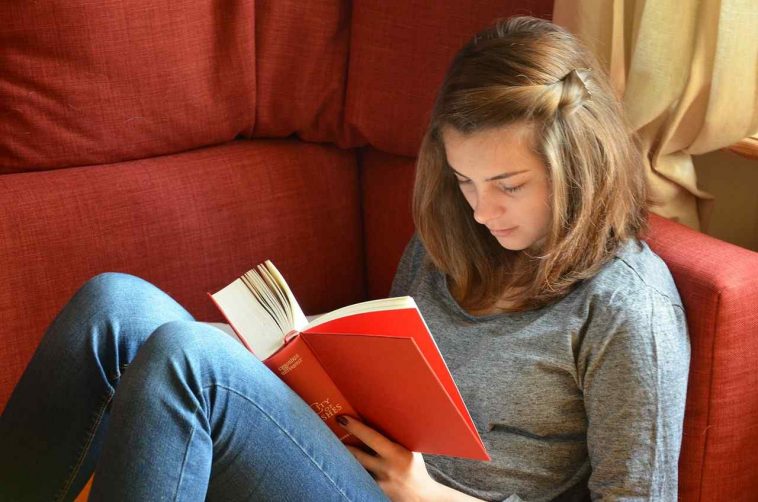 All those of us who have grown up reading and cherishing Charlie and the Chocolate Factory, and Matilda, would swear by the name of Roald Dahl. He was a British novelist, and a multi-talented short story writer. With his books selling more than 250 million copies worldwide, Dahl is a master storyteller. He was born in Wales and penned 19 children’s books over his years of writing career. In 1953, he published Someone, like you, a best-selling story collection. Roald Dahl has a treasury of evergreen and beloved children’s books. He remains for many the worlds’ topmost storyteller for kids, spinning his charm with his tales that covered a wide array of characters in all kinds of spectacular locations like a mysterious chocolate factory to the heart of a huge peach — even outer space. Below we discuss 10 best Roald Dahl books for kids, and what makes them memorable till today.

This is a heartwarming story of a poor boy Charlie, who manages to get the coveted golden ticket that allows him to meet Willy Wonka, the famous owner of a chocolate factory. Charlie’s journey to Wonka’s factory is a dream come true. Charlie ultimately wins a fantasy apprenticeship with the world’s greatest candy maker. Through a series of chocolate filled adventures, other greedy and spoilt children on his factory tour learn unpleasant lessons because of their selfishness. Because of its mystical plot, Charlie and the Chocolate Factory became an immediate bestseller in the US. It was even made into 2 films, Willy Wonka & the Chocolate Factory (1971) and Charlie and the Chocolate Factory (2005), with Johnny Depp as Wonka and Freddie Highmore as Charlie that became a major hit.

The Witches is a children’s dark fantasy novel by the British writer Roald Dahl. The story is set partly in Norway and the UK and features the experiences of a young British boy and his Norwegian grandmother alongside child-hating dark witches. “The Witches” is a thrilling read for children. In the “The Witches” Dahl has weaved imagination, fear, and courage into a fun story. This story has stood the test of time and remains refreshingly relevant for each generation.

This popular story is about a girl, Matilda, who struggles to seek appreciation and affection from her family. She discovers that she has the power of telekinesis and can move things just by thinking about it. When her principal Miss Trunchbull, who is a strict bully, tortures her and a kind-hearted teacher, she uses her telekinetic powers to settle scores.  In Matilda, the main idea is that even if you are small and feeble, if you set your mind to it you can achieve anything. This book was even made into a film by the same name, where the character of Matilda is played by Mara Wilson.

This novel has the strangest storyline and tells the weird tales of adventures of a couple, the Twits. Both the husband and the wife despise each other and play pranks to irritate each other. The pair also stay extremely dirty with Mr. Twit known for his dirty beard stuck with scraps of cheese, and Mrs. Twit hitting children and animals with her walking stick. Their adventures provide for a good dose of entertainment.

In this book, the story revolves around James, whose parents were eaten by escaped rhinoceros. He was left to stay in the care of his awful aunts, Spiker and Sponge. James makes a plan to escape from his abusive family and ends up in the middle of a gigantic peach along with magical bugs and talking insects. This is a glorious fantasy worldfor all of those imaginative kids that can make miraculous things happen, in the world beyond their heads.

The BFG or the Big Friendly Giant, is a story of a little orphan girl, Sophie, and her friend, a big friendly giant. The giant has extremely large ears and blows dreams into children’s windows. Sophie travels around with him on his ears and together they try to stop giants from eating children. The story is filled with horror, wonder and marvel-orphans getting locked in the cellar with rats; giants who crunch up humans like popcorn, and that our dreams come from a gentle giant from a faraway land. In this book, Dahl has wonderfully captured both children’s dreams and nightmares. This is Dahl’s finest example of wordplay, filled with delight and suspense.

One of the best Roald Dahl kids novels, The Minpins is a children’s fun novel by Dahl, with illustrations by Patrick Benson. It was published in 1991, a few months after Dahl’s death in November 1990. This is the author’s final contribution to literature. The storyline revolves around Little Billy, who stays with his mother, with the Forest of Sin behind his house. His mother forbids him to enter the forest which is filled with all kinds of monsters like the Whangdoodle, Hornswogglers, Snozzwanglers and the Vermiciousknids that live in the forest.  Little Billy doesn’t believe his mother and dares to enter the forest enticed by the Devil in search of wild strawberries. What follows is a chain of events that can keep kids glued to the pages for hours.

This book is a sequel to Dahl’s most famous and most-beloved book, Charlie and the Chocolate Factory. In this novel, Dahl puts his heroes, Charlie Bucket and Willy Wonka, in a great glass elevator to an epic space trip with Charlie’s whole family. The story features Charlie’s two loving grandmothers from the previous book, which get transformed into unbearable, demonized examples of every shallow human trait. The plot is full of elements of surprises and the wonder of discovery, all of which make it a delightful read.

The story is about a clever fox, Mr Fox. He stays underground beside a tree with his family who steals food each night from three mean and wealthy farmers. They are fed up with Mr Fox’s theft and try to kill him. The farmers dig their way into the foxes’ home, but the animals can outwit the farmers. The farmers could only succeed in shooting off his tail. Mr Fox gathers his family and friends to live in a secret underground neighbourhood. Everyone joyfully cheers for this idea, while the farmers, Boggis, Bunce, and Bean are left waiting for the fox to emerge from his hole. It is one of the best Roald Dahl kids novels.

Esio Trot is a children’s novel written by Dahl, with illustrations by Quentin Blake. The book tells the story of a shy Mr Hoppy, who lives alone and has a crush on Mrs. Silver, who lives below his flat and has a pet tortoise, Alfie. Mrs Silver was worried that her pet tortoise had not grown much even after years. Mr. Hoppy gives Mrs. silver a magic spell starting with Esio trot, Esio trot, that can help Alfie to become bigger. Next, he visits every pet shop in the city and buys many tortoises of various sizes. He replaces Mrs. Silver’s tortoise with a bigger one. Mrs. Silver is delighted with the progress, and moved by his generosity, agrees to marry him.

These are some of the best-known books by Roald Dahl, without which childhood fantasy and fiction will be incomplete. These are the 10 best Roald Dahl kids novels. Kindly share and post your comments as well.