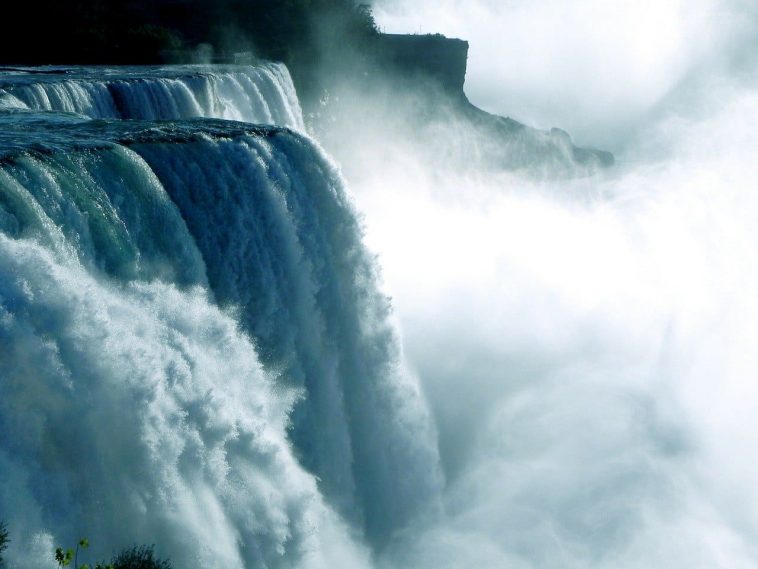 A melting pot of cultures and ethnicities, the US is a vastly diverse country full of wonders to explore. People from all over the world, who are ethnically and racially diverse, immigrate here and create a unique multicultural panorama. You can visit major U.S. cities and popular tourist attractions. Along back roads and far-out farmlands are small towns and attractions that hold their unique charm. You’ll find mountain ranges, majestic canyons, desert roads, and beaches. No matter where you go in the USA, there is a postcard-worthy view available. Below we explore the 10 best tourist attractions in the United States that are worth visiting at least once in your lifetime.

This is an incredible natural attraction and one of the most visited places in the United States in the state of Arizona. The Grand Canyon, carved out by the Colorado River, cuts deep into the landscape, creating dramatic cliff walls and ledges. Visitors can stand on the rim of the canyon and can see down to the canyon floor a mile below. The Grand Canyon National Park has the immense Grand Canyon, with its layered bands of red rocks. The park has famous viewpoints, like Yavapai Observation Station, Mary Coulter’s Lookout Studio and the Desert View Watchtower, and the Lipan Point, which provide wide views of the canyon and Colorado River.

The Statue of Liberty is a colossal 93m tall, neoclassical copper sculpture on Liberty Island in New York Harbor in New York. It was a gift of friendship from the people of France to the people of the United States. The Liberty statue is recognized as a universal symbol of freedom and democracy. It was dedicated to the country on October 28, 1886, and became a National Monument in 1924. Any trip to the Statue of Liberty includes a visit to the granite pedestal as well as the huge crown. Regular ferry services ply from Liberty and Ellis islands.

The Las Vegas Strip is a stretch of 4.3 miles long road, South Las Vegas Boulevard in Clark County, Nevada. It is known for its resort hotels and casinos. The neon-lit Strip houses thousands of upscale casinos, gambling floors, the vast hotel complexes, variety of mainstream to high-end shops and restaurants, and performance venues for music, comedy and circus-style acts. You can enjoy the Bellagio Water show or experience Las Vegas’ famous sights, by night.  You can also travel through Downtown Las Vegas and the Las Vegas Strip, enjoying panoramic views from the upper deck of the Vegas open-top bus.

Yellowstone National Park is home to a huge ancient volcano which has resulted in a nearly 3,500-sq.-mile wilderness recreation area atop a volcanic hot spot.  Geysers and hot springs, along with incredible waterfalls along the Yellowstone River draw huge numbers of tourists each year. Yellowstone features dramatic canyons, lush forests, hot springs, and gushing geysers, including its most famous, Old Faithful. This is the oldest national park in the USA, and is also home to all kinds of wildlife, with free-roaming bison, bighorn sheep, antelope, elks, black bears, and grizzly bears.

Yosemite National Park is in California’s Sierra Nevada Mountains. It’s famous for its giant, ancient sequoia trees, and Tunnel View, the iconic Bridal Veil Fall and the granite cliffs of El Capitan and Half Dome. Sunlight plays amazing tricks at Yosemite and makes the granite rock formations glow like fire at sunset. It illuminates El Capitan and Half Dome in brilliant reds and oranges.

Located on the south shore of Honolulu, the world-famous neighbourhood of Waikiki in Hawaii is a vibrant neighbourhood known for its popular surf beach. With Mount Leahi (Diamond Head) as the backdrop, the calm waters of Waikiki are perfect for a surfing lesson. High-rise hotels line the shore in Waikiki, with designer fashion stores in Kalakaua Avenue and nearby streets. The area gets abuzz after dark with waterside cocktail bars, fine dining, and Kuhio Beach hula shows. Honolulu Zoo is home to Komodo dragons and wandering peacocks, while Waikiki’s Aquarium’s reef exhibit parrotfish and urchins.

Seattle, known as the Emerald City because of its famous, lush evergreen forests, is a prominent economic and cultural hub. This metropolis has everything from a thriving culinary scene to the iconic Space Needle. Home to the first Starbucks, Seattle has more than 2,000 coffee shops across the city. You can visit the Seattle waterfront for its wonderful views across Elliott Bay to the Olympic Mountains, or you can plan to be at the Pike Place Market. One of the longest-running farmer’s markets in the US, it is the right place to be on a weekday morning.

Napa County is north of San Francisco, in California. It is known for hundreds of hillside vineyards in the Napa Valley wine region. It is the major wine region in the world and is known for its gourmet restaurants, cafes, and spa-treatment centres. The Napa Valley Wine Train is a travelling train restaurant running through the valley.  Yountville, northwest of Napa, is a town known for high-end restaurants and sparkling wine.

Niagara Falls are among the most impressive and best-known falls in the world. They lie along the U.S.-Canadian border, which is formed by the Niagara River. Here, masses of water from Lake Erie plunge 200-foot below to flow into Lake Ontario. You can explore acres of pristine hiking trails and scenic terrain in the Niagara Falls State Park. Cherish the views aboard the iconic boat tour, Maid of the Mist, or enjoy a thrilling walk on the Cave of the Winds and feel the rushing torrents of the Bridal Veil Falls. Don’t miss the night illumination or seasonal firework displays over Niagara Falls from Prospect Point, which is one of the many viewing areas in the park.

Not only are these but there several other hot tourist attractions that can lure any traveller to the United States. Be it San Antonio’s colourful and vibrant river walk or Montana’s Glacier National Park that offers some of the most beautiful mountain scenery in the United States, there are many other tourist spots as well. So, pack your bags and get set for a tour to the United States.