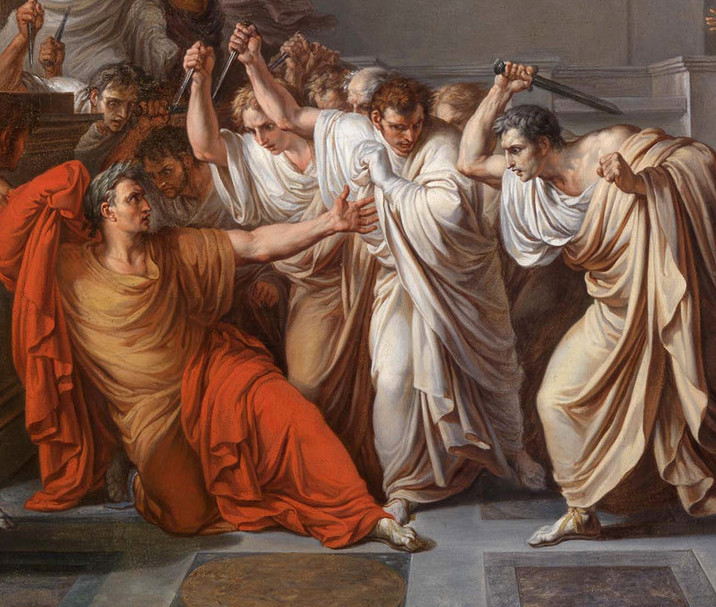 William Shakespeare was a renowned English playwright, poet, and actor. He has been widely acclaimed as the greatest writer in the English language. He was celebrated as the world’s greatest dramatist and was called England’s national poet. Shakespeare wrote about 39 renowned plays, which have been translated into every significant language in the world. These plays are widely regarded as being among the greatest in the English language and are continually performed worldwide.

Below we look into the ten most popular William Shakespeare plays that have taken the hearts away of readers all over the world.

This is a well-known comedy by Shakespeare written in 1601-02 in the Christmas season. Viola and Sebastian are twins who get separated when their shipwrecks at sea. Viola, the sister, assumes a man’s identity to earn a living in the home of Duke Orsino. Orsino, who is trying to woo Olivia, falls in love with Viola, dressed as a male Cesario. Olivia is after Cesario until she meets Sebastian and falls for him. The play offers a happy ending. All lovers unite and enjoy marital bliss. Shakespeare shows that love can cause pain as well as merriment through this play.

Another tear driven tragedy based on the power of love and separation, Romeo and Juliet is the most widely performed plays of Shakespeare. Romeo and Juliet are a young couple who come from warring families but fall in love. Situations build up in the story due to their families’ ongoing conflict. The love-struck couple cannot be together. Fear and pain of separation make them kill themselves. Their untimely death unites the two warring families who vow never to fight again.

A Midsummer Night’s Dream, is centred on the concept of irrational and forced love, and how people tend to fall in love with those who appear beautiful. Lovers Hermia, Demetrius, Lysander, and Helena, run away to the forest. Puck, the fairy, makes both the boys fall in love with the same girl. Puck also plays a trick on the fairy queen Titania. The plot revolves around the lovers pursuing each other in the forest. The forest acts as a dream world and brings out the innermost desires of the lovers. The play ends with Puck reversing the magic spell. The couples get reconciled at the end.

This play reflects the various human moods like tempest-love, passion, rage, revenge, and anger. Prospero is the rightful duke of Milan. His brother Antonio steals his dukedom and banishes him to an island with his slave Caliban and his daughter Miranda. Prospero is a powerful magician. He creates a storm or tempest. In the events that follow, we see a plot to murder the King of Naples. There is a scheme to kill Prospero as well. Meanwhile, a romance develops between Miranda and the King’s son, Ferdinand. The play ends on a positive note where everyone is forgiven and gets back home.

Julius Caesar is a world-renowned historical play and tragedy based on actual events that could not have been portrayed better by any other writer. Caesar is an honourable warrior who misreads people and events that eventually lead to his death by his most trusted men. Brutus is another tragic hero of the play, Caesar’s most faithful man, and concerned about the welfare of the Romans. Brutus allows Cassius to manipulate him into killing Caesar.  Brutus‘s erroneous judgment lets Mark Antony triumph. This paves the way for civil war in Rome. Brutus commits suicide after realizing the gravity of his mistakes. The play depicts a dark tragedy in the form of betrayal and treason.

6. The Merchant of Venice

Antonio is a merchant from Venice. He needs a loan of 3000 ducats to help his friend Bassanio. He approaches Shylock for the loan. Shylock gives him credit upon condition that if the loan isn’t repaid within three months, he will take a pound of Antonio’s flesh. Antonio is unable to repay the loan. Shylock seeks his chance to demand a pound of his flesh. Portia, who had got married to Bassanio, dresses like a lawyer Balthazar. Balthazar saves Antonio’s life by cunningly arguing that the contract was for a pound of flesh but not for a single drop of blood.

The famous tagline “To be or not to be,” originated from this play. The play begins with Hamlet being visited by the ghost of the King of Denmark. He tells his son Hamlet to avenge his murder. The new king, Hamlet’s uncle Claudius, had inherited the throne by treason and also married Queen Gertrude, the King’s widow. He feigns madness and seeks revenge. Claudius also devises plots to kill Hamlet, fearing for his life. The play ends with a duel, leading to the killings and deaths of everyone- the King, Queen, Hamlet’s opponent, and Hamlet himself.

The play opens with the prophecy of three witches. They tell Macbeth, a Scottish general, that he will be King of Scotland. Lady Macbeth, his wife, encourages her husband to kill the king. Macbeth becomes the new king. Fear and paranoia result in more killings. Meanwhile, Macbeth is to be overthrown, and a civil war erupts. This results in more death. The play focuses on the fact that unchecked ambition results in more destruction and that crime never pays.

King Lear is a tragedy written by William Shakespeare in 1606, which tells the tale of human suffering and despair. King Lear bequeaths his power and land to two of his three daughters. The two daughters, Goneril and Regan, declare their love for him in a flattering way. His third daughter, Cordelia, gets nothing because she fails to impress her father with her declaration. Lear quickly learns that he had been cheated, when he is treated with disrespect by the two daughters who now have his wealth and power. He becomes furious and insane. The plot moves through a turn of events that cause the death of all the main characters. It is one of the best William Shakespeare was a renowned English playwright, poet, and actor. He has been widely acclaimed as the greatest writer in the English language. It is one of the best William Shakespeare plays in the world.

This is a romantic comedy by William Shakespeare written in 1599, based on the central theme of love in various forms. Rosalind and her cousin Celia run away into the forest. There they find Orlando, who Rosalind is in love. Rosalind is disguised as a boy shepherd Ganymede. Orlando woos her under the guise of “curing” him of his love for her. Rosalind reveals her secret that she is a girl. The play has a happy ending with a group wedding and Duke Senior returning to his former position.