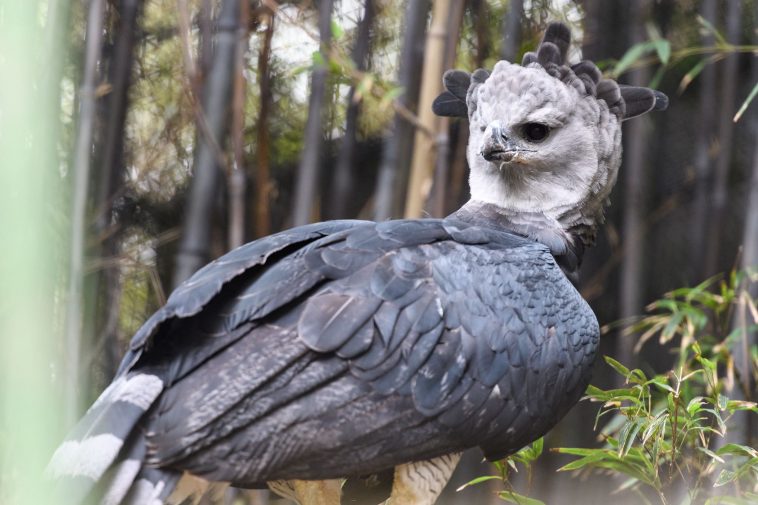 Biggest Animals in the World

Capybara is a large rodent which is native to South America. It is the biggest rodent in the world. It is closely related to the guinea pig. Capybaras reside in savannas and thick forests and prefer to live near water bodies. As a species capybaras are highly sociable, and usually live in groups of 10 to 20 individuals, with some communities consisting of as much as 100 capybaras. While they are not a threatened species, capybaras are hunted for their meat, hide as well as the grease from their fat which is used extensively in pharmaceutical industries. It is also one of the most affectionate animals towards humans.

Capybaras have sweat glands on the hairy portions of their skin, which is a unique feature in contrast to other rodents. It also lacks a down hair (which acts as an insulating blanket and keeps the body warm) and has only guard hair which is unusual for a furry animal. On average, it is about 120 cm long and stands about 56 cm tall, and weighs between 35 to 66 kgs. They are semi-aquatic mammals and have a herbivorous diet feeding mainly on grasses, aquatic plants, fruits and barks of trees. 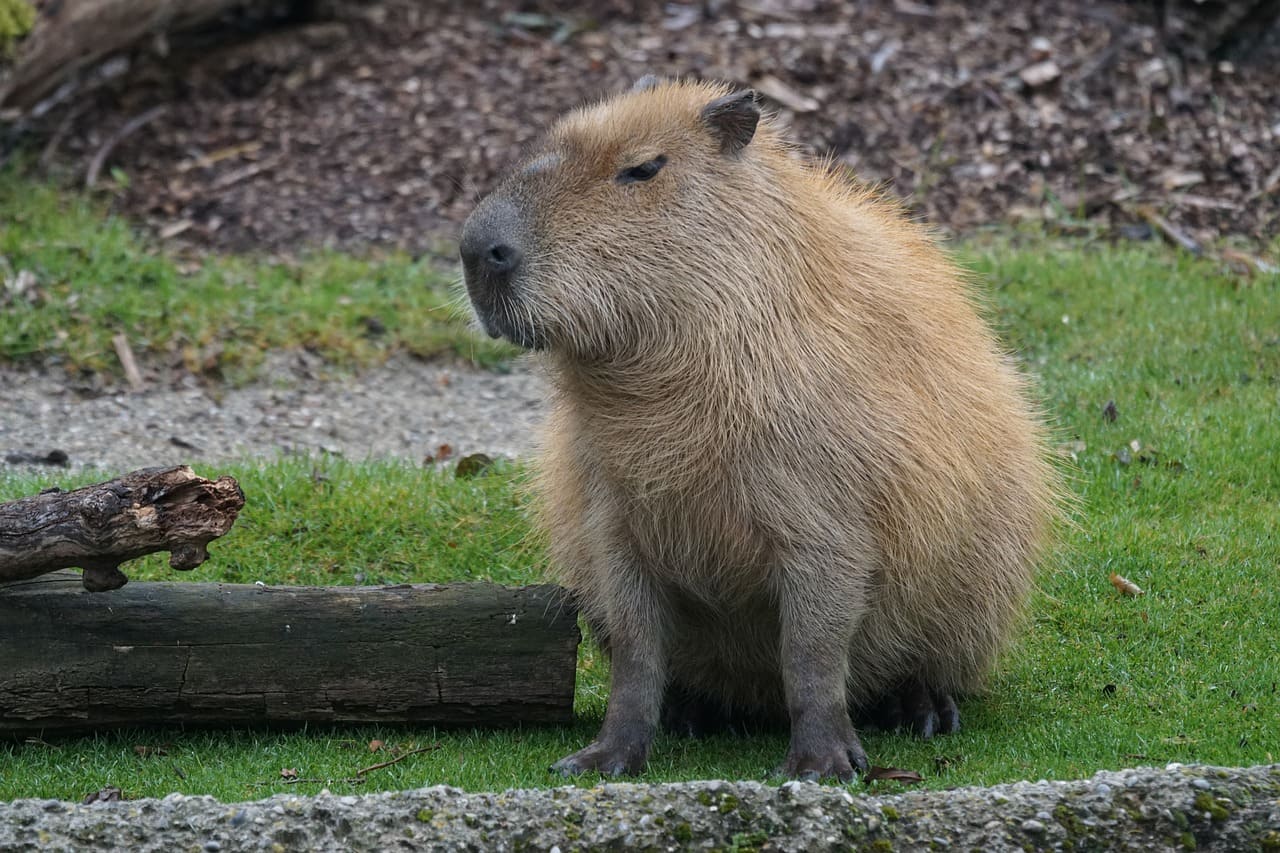 Chinese Giant Salamander is the largest amphibian in the world. It is an aquatic species and is endemic to the lakes in Yangtze river basin and mountain streams in China. Due to the destruction of their habitat as well as their consumption as a delicacy and use in traditional medicine, the Chinese Giant Salamander is now a critically endangered species. They produce a sticky, white secretion to ward off predators. On average, the Chinese Giant Salamander weighs about 30 kg and is about 115 cm long. It is famous for its vocalisations and can make barking, hissing, whining and crying sounds. In the Chinese language, it is known as infant fish as some of its vocalisations is quite similar to the crying sounds made by a human child. 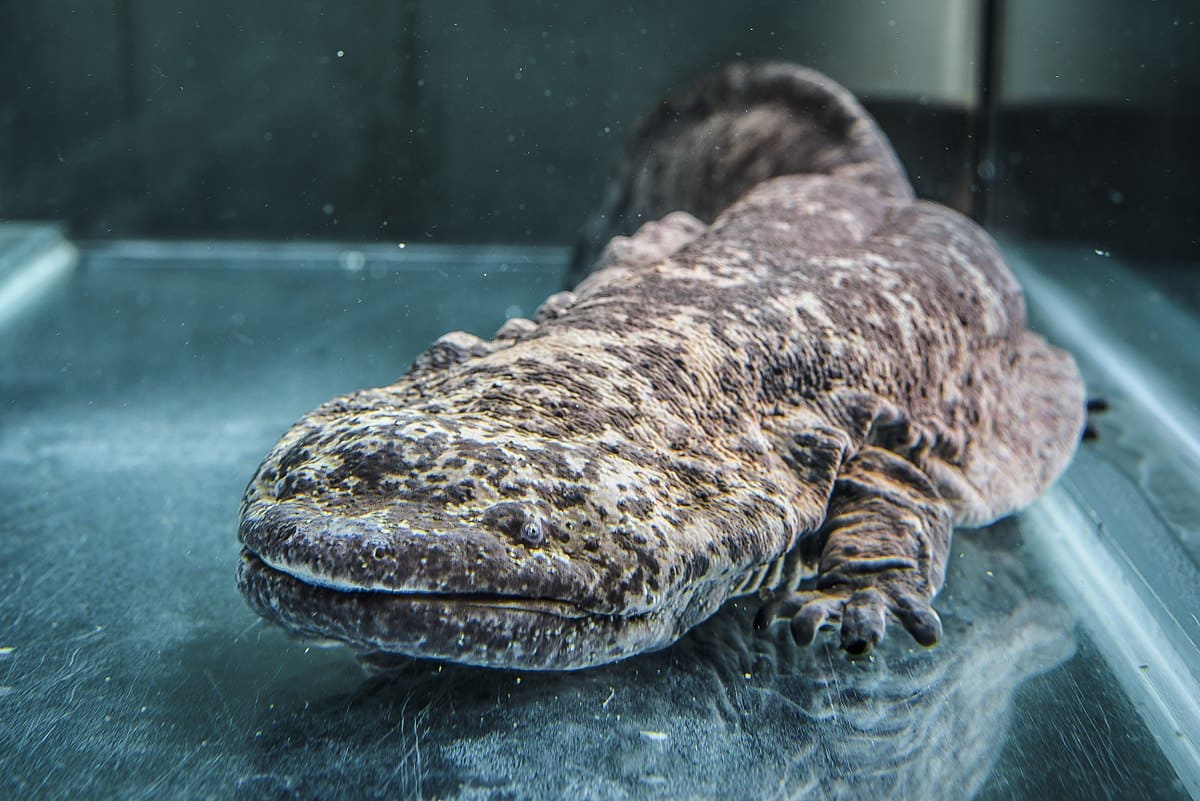 3.Komodo Dragon- largest species of lizard in the world

One of the apex predators, Komodo Dragon is the largest species of lizard in the world and it found in the Indonesian islands. On average it grows upto 3 metres and weighs about 70 kgs. Due to their large size, Komodo dragons dominate the ecosystem in which they live. They have a venomous bite and feed on deer. They also occasionally attack humans. They are classified as a vulnerable species by the IUCN. They are solitary creatures and come together only to breed. It is also listed as one of the toughest animals in the world. 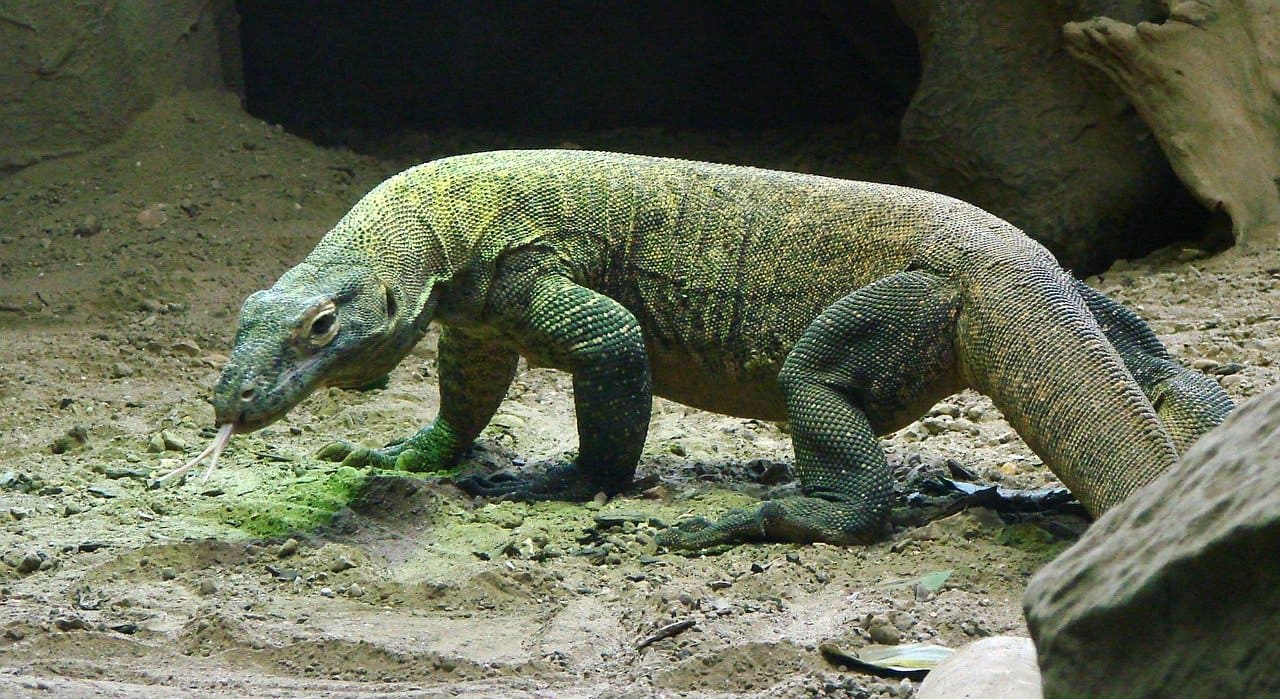 Saltwater Crocodiles are one of the largest reptiles in the world. On average, the males of this species weigh about 1000 kgs and are about 6 metres long. They inhabit saltwater and brackish wetlands across eastern India and South East Asia. IUCN classifies the species as least concern. It is a hyper carnivorous apex predator who ambushes and swallows its prey. They mate during the rainy season when water levels are the highest and the females lay about 40 to 60 eggs. Female Saltwater crocodiles care remarkably for their offspring. Saltwater Crocodiles have a life expectancy of 70 years with some living upto a 100 years. It is also listed as one of the aggressive animals in the world. 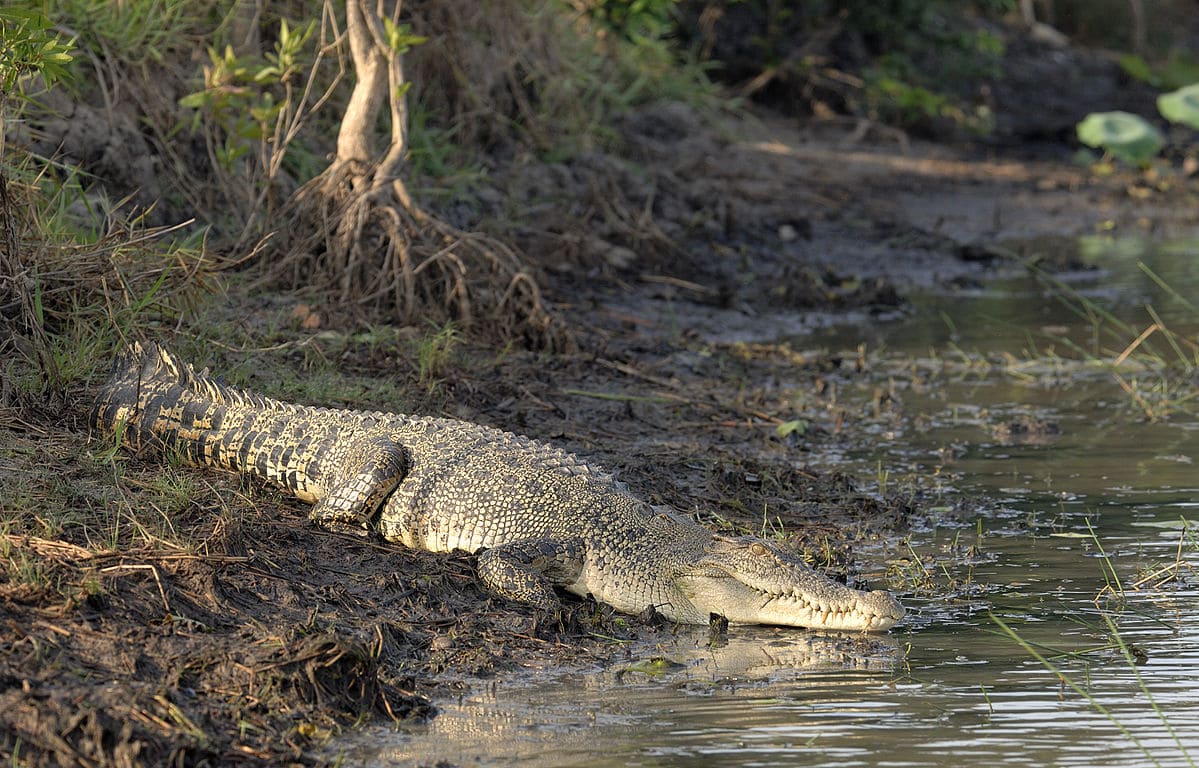 Wandering Albatross is the largest birds. It is a seabird found in the Southern Ocean. It has the longest wingspan for any bird, at about 3.1 metres on an average. The albatross breeds every year and lays one white egg with a few spots in grassy vegetation. They are a monogamous species. Early explorers believed that evil will befall if these birds were shot. Wandering Albatrosses also travel wider distances across the ocean to forage for food, while other albatrosses look for food in shallower waters near the mainland. They also forage in colder waters. They mainly feed on small fish crustaceans and on animal refuse in the sea. 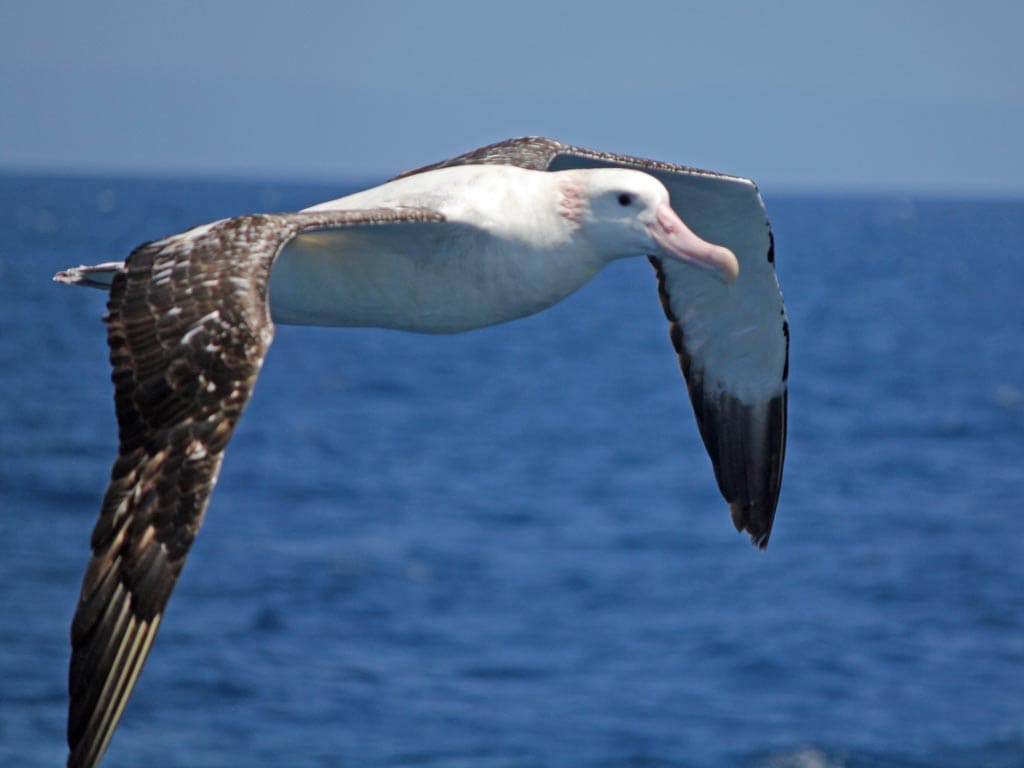 Common Ostrich is the largest species of flightless birds and is found in Africa. On average they weigh about 104 kg and are about 2.1 metres tall. They lay the largest eggs among living birds. They have long neck and legs and can run at a speed of 55 km/h. Their diet consists mostly of plants although they eat invertebrates as well. The myth of ostriches burying their hands in sands to avoid danger is false. Ostriches are famous for their large feathers and are farmed for it around the world. When cornered by a predator, they attack by a kick with their powerful legs. 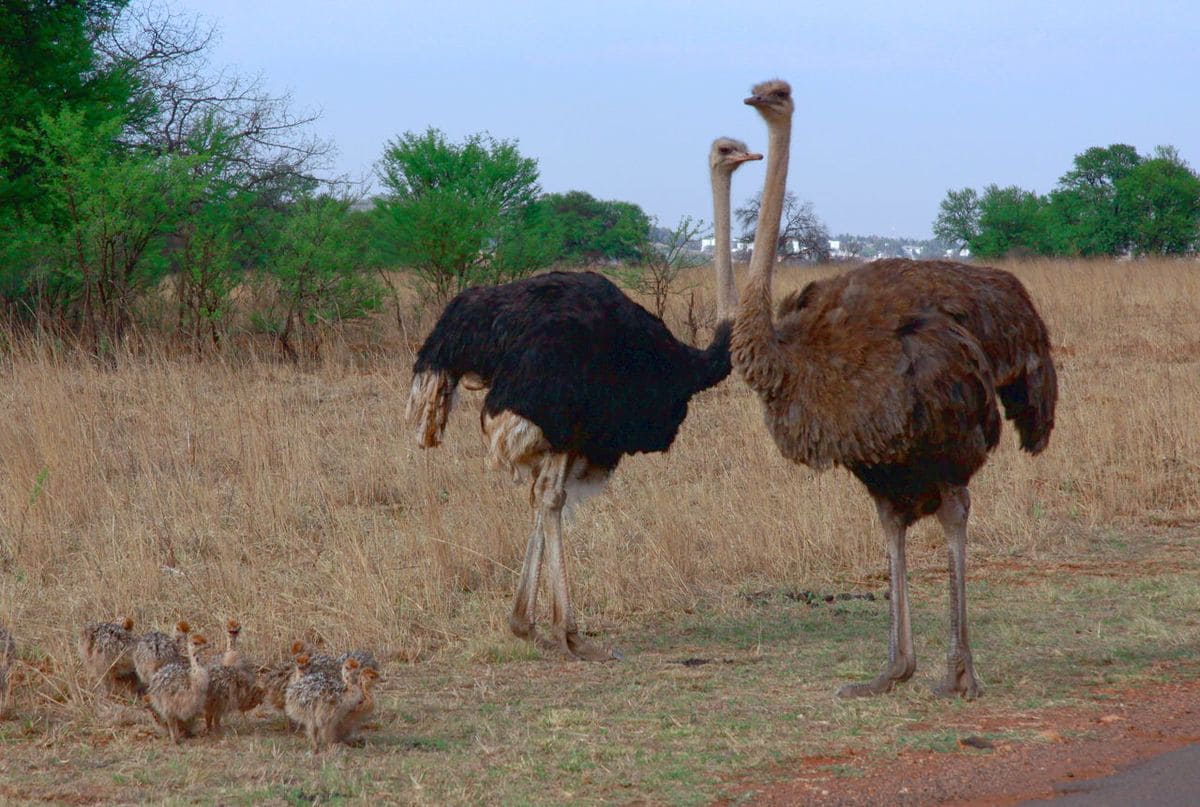 7. Giraffe- Tallest Animal In The World.

Giraffe is the tallest animal in the world. On average, they are about 14.1 to 18.7 metres tall. They are distinguished by their long neck. Giraffes inhabit savannahs and open woodlands. Giraffes feed on the twigs of trees. They are usually found in groups with numbers upto 66 individuals. IUCN classifies them as vulnerable. Giraffes require less food than other herbivores as the foliage they consume has more nutrients and they have a more effective digestive system. 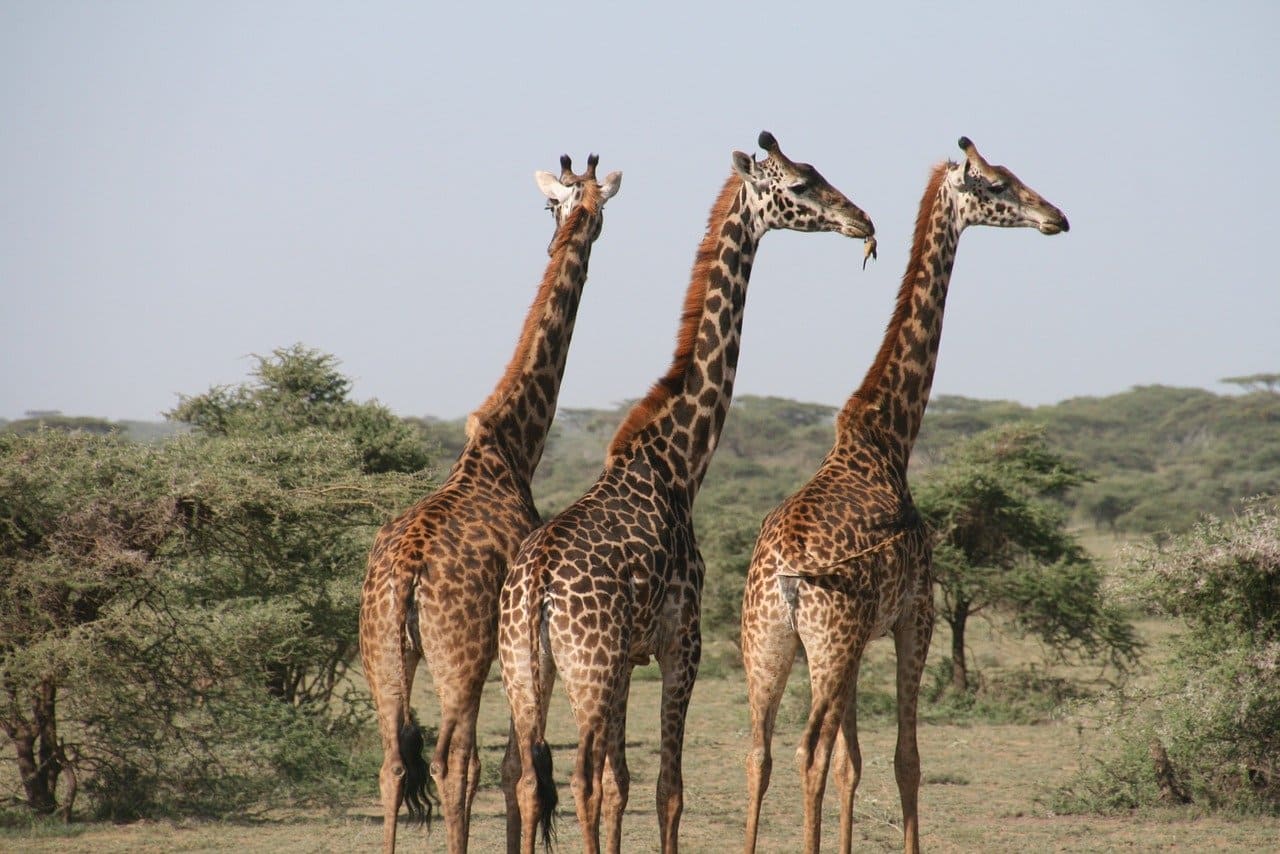 One of the biggest animals in the world, the African Bush Elephant is the largest living terrestrial animal in the world. IUCN classifies them as vulnerable. On average, they reach upto a height of 3.96 metres. They are found in 37 African countries. They inhabit a wide range of habitats from grasslands, subtropical and temperate forests, wetlands, woodlands and agricultural lands. An elephant society comprises of large herds of females (cows), their daughters and their pre-pubescent male offsprings. Adult males (bulls) live alone or live in small bachelor groups. They are herbivorous and feed primarily on grasses, creepers, herbs, barks and leaves. African bush elephants are vulnerable due to habitat destruction and poaching for ivory. 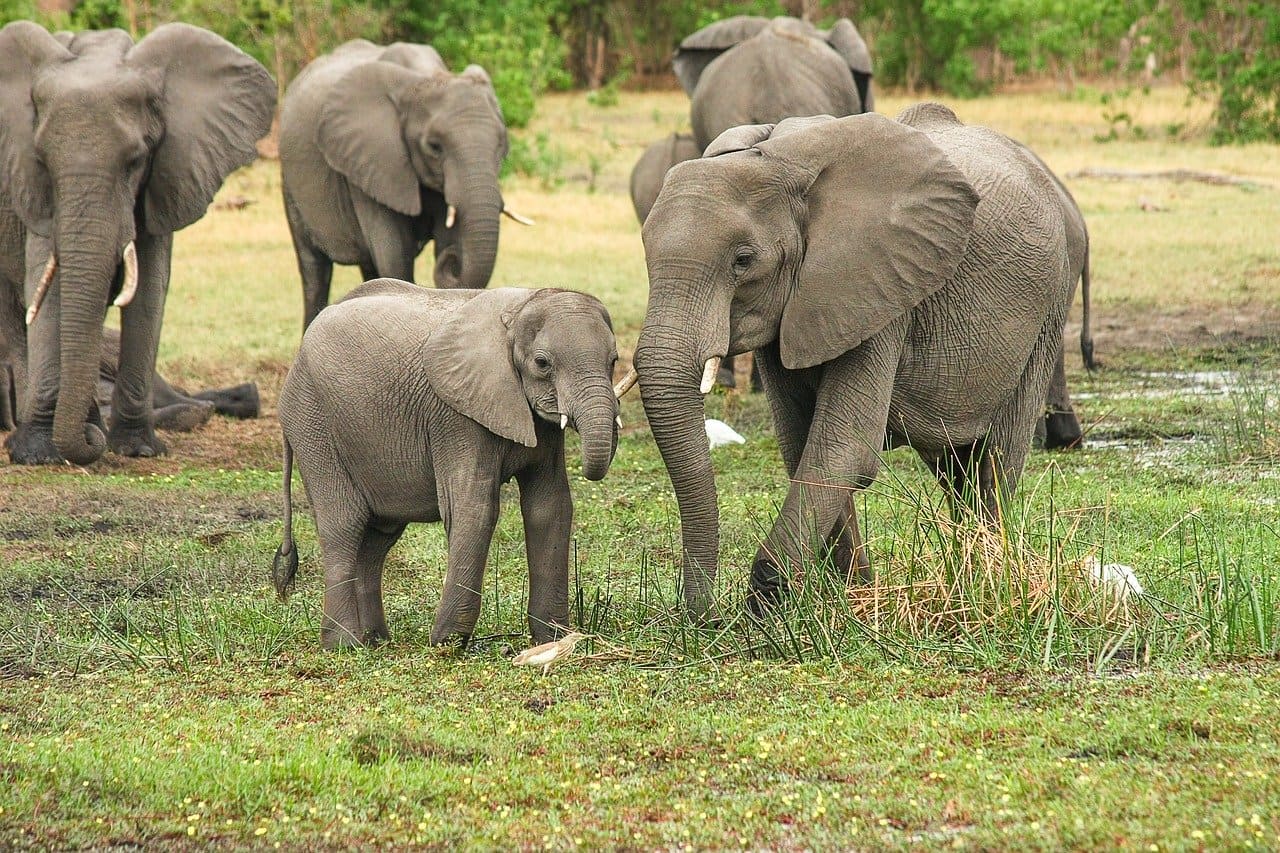 9. Colossal Squid- largest species of squid in the world

Colossal Squid is the largest species of squid in the world. On average, they weigh about 495 kgs, though the largest among them may weigh about 700 kgs, which would make them the largest invertebrate. They have a length of about 9 to 10 metres. They inhabit the Southern Ocean, near Antarctica. Not much is known about its behaviour, but it is accepted that they use bioluminescence to attract prey. They are an ambush predator, and themselves are preyed upon by sperm whale. Studies related to the species also suggest the possibility of cannibalism within the species. IUCN classifies them as a species of least concern. 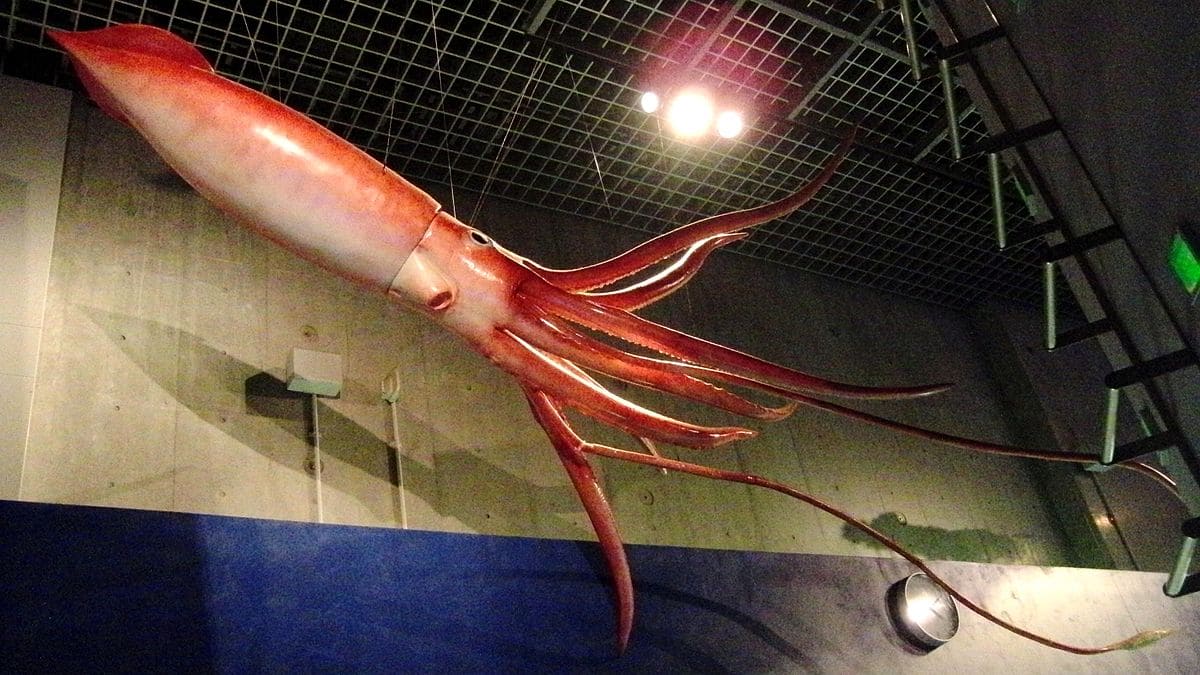 One of the types of whales, Blue Whale is a marine mammal and is the biggest animal to have ever existed in the world, even larger than dinosaurs. On average they are about 30 metres long and weigh about 100 tons. They are found across all major oceans except the Arctic Ocean and the Bering Sea. Blue whales were widely found abundantly across the oceans at the end of the 19th century, but whaling drove them nearly to extinction. They feed primarily on small crustaceans. Blue whales have vocalisations that include the loudest and lowest frequency sounds made by any animal. 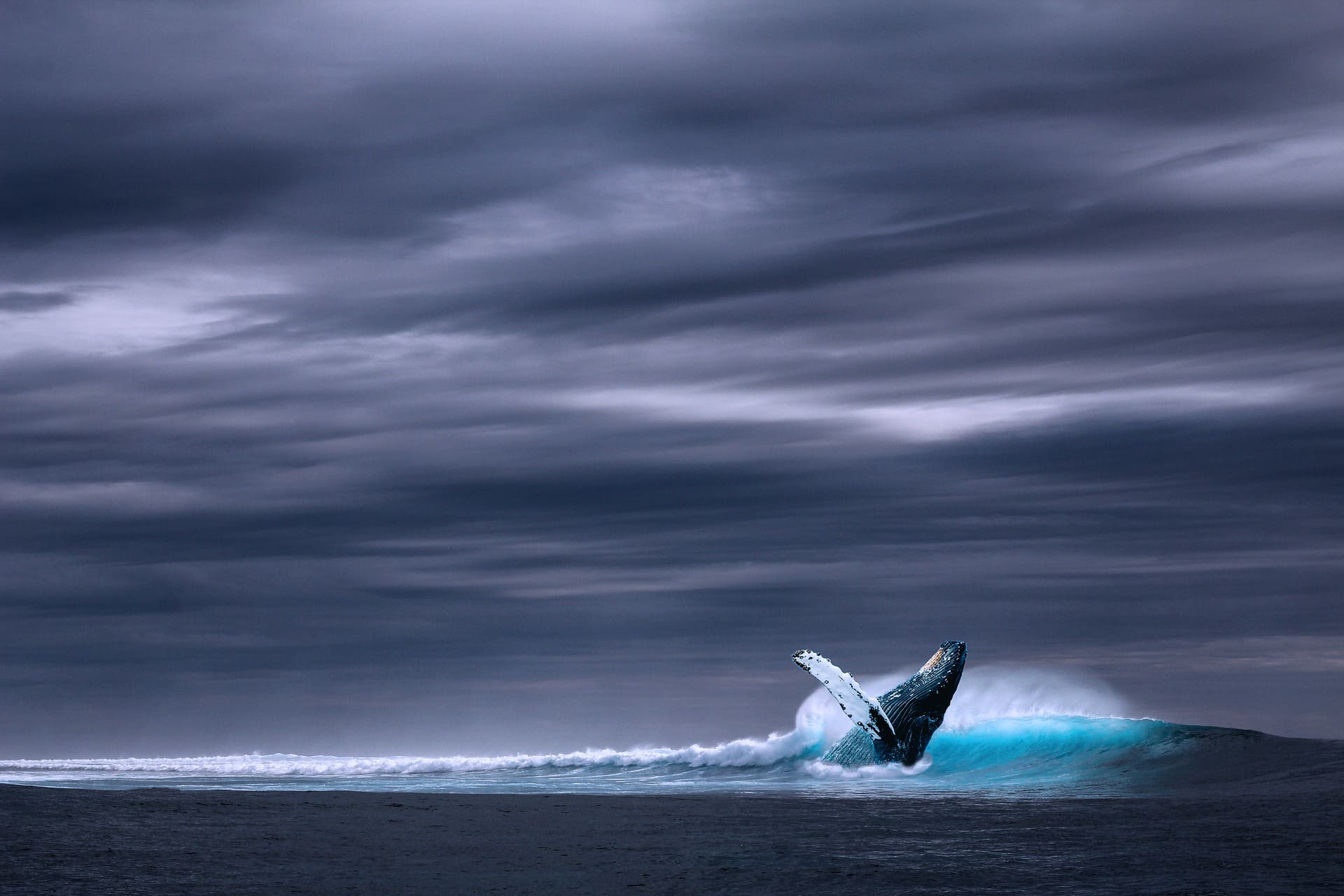 Polar Bears are the largest land predators in the world endemic to the Arctic region of Russia, Alaska, Canada, Greenland, and Norway. The bear species can reach upto 10 feet in length and up to 1500 pounds. Talking about the appearance, the fur of the bear looks white but it is transparent. This happens because when the light bounces back from the fur, it will result in white colour. It loves to spend most of the time in the water to hunt seals. The avarage lifespan of the species is 15-18 years in the wild and approximately 30 years in captivity. 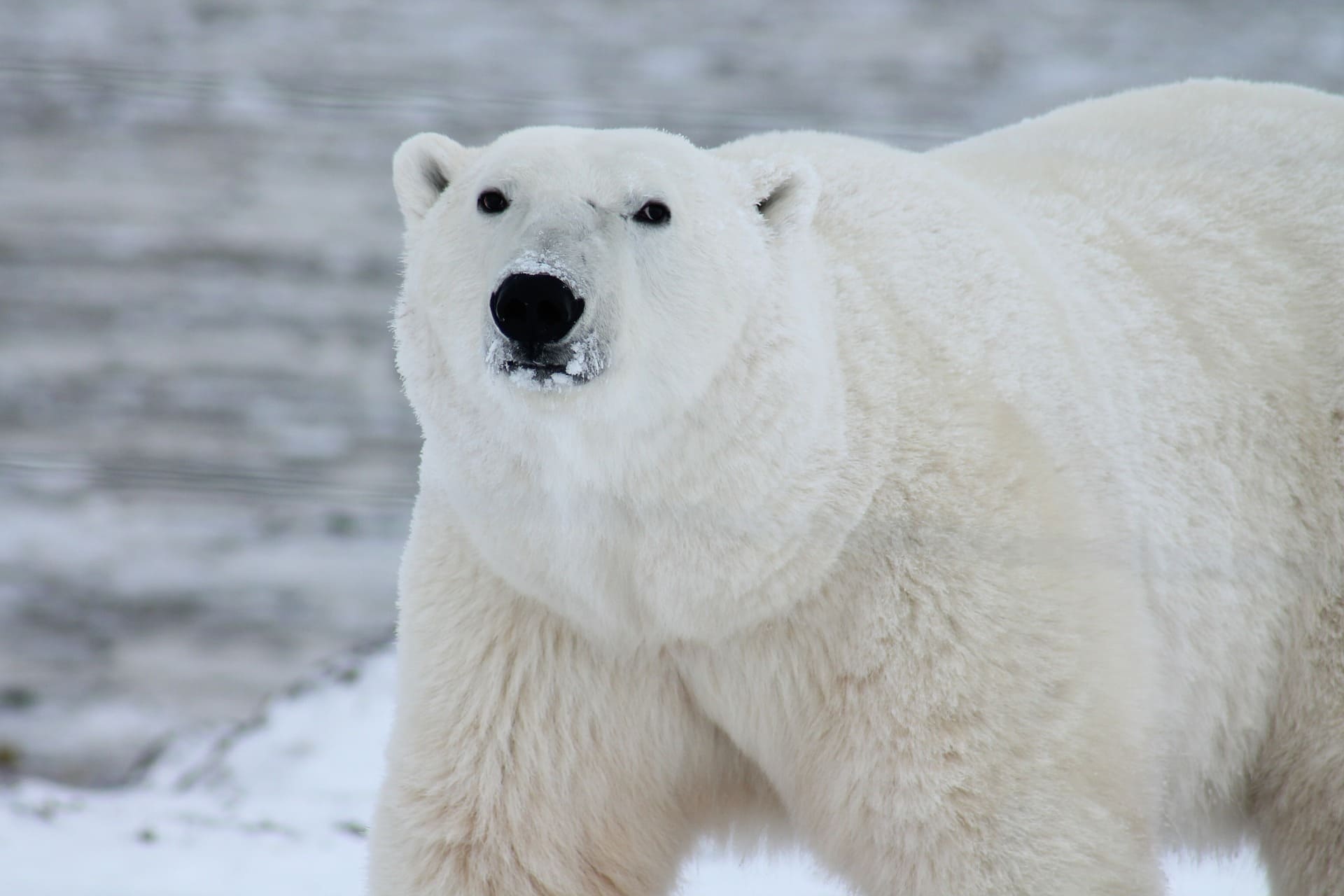 Harpy Eagle is the largest species of an eagle on planet Earth. It is mostly seen in Central and South America. The species is threatened because of habitat loss and intentional killing by the humans in the wild. It can reach upto 34 to 42 inches in length and 8.8 to 20 pounds of weight. Talking about the appearance, both males and females look identical with black backs, grey face and white belly. They mate for a lifetime and both the paired of harpy eagles will occupy the territory of 20 square miles. The avarage lifespan of species is 25 to 35 years in the wild. 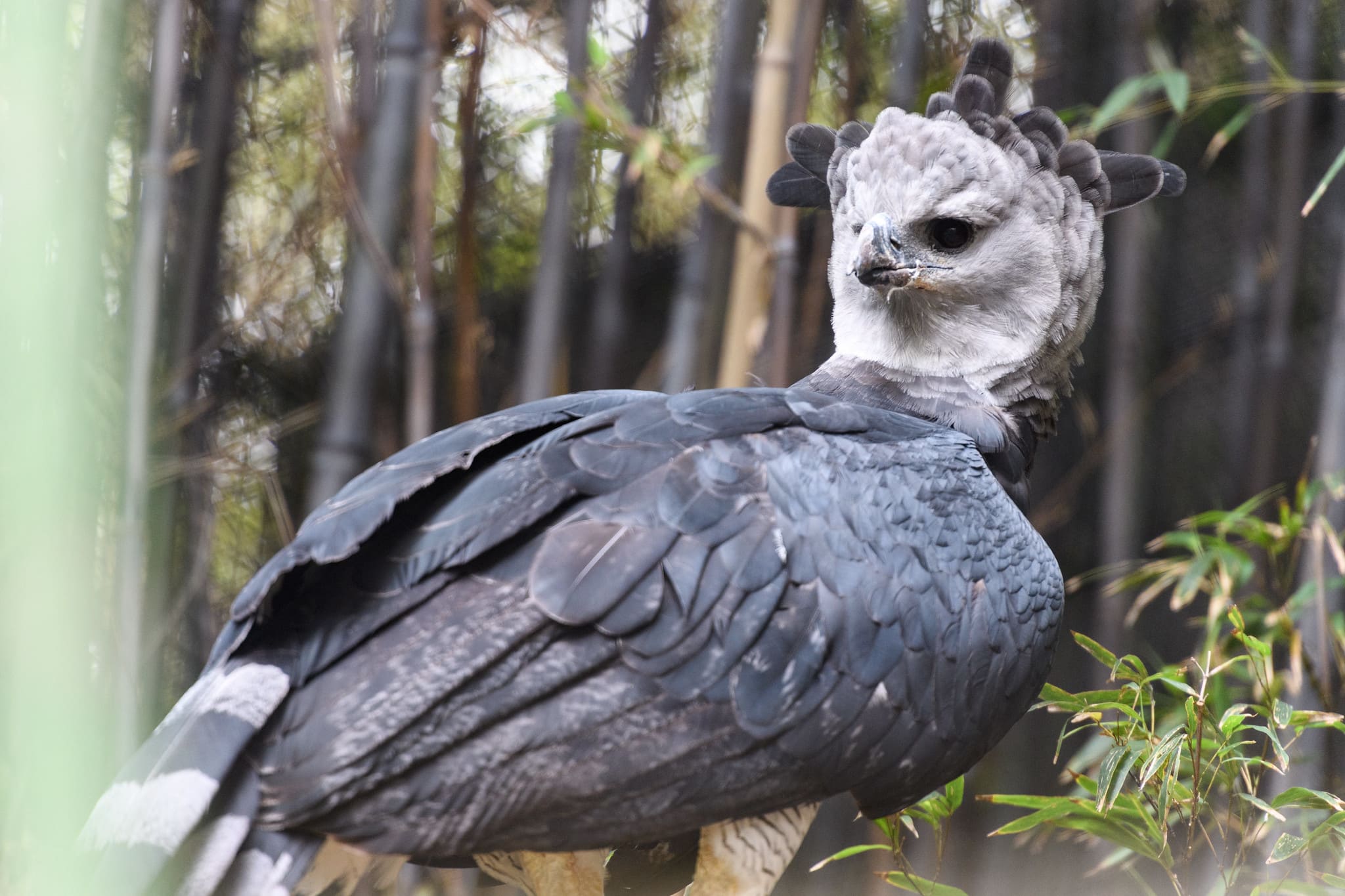 Ocean Sunfish also knew as common mola is the largest and heaviest known bony fishes in the world. It can weigh between 247 and 1,000 kg and mostly seen in the tropical and temperate waters around the world. It used to consume largely small fishes, fish larvae, squid, and crustaceans. Talking bout the appearance, it has a flattened body and it looks taller when their dorsal and ventral fins are extended. 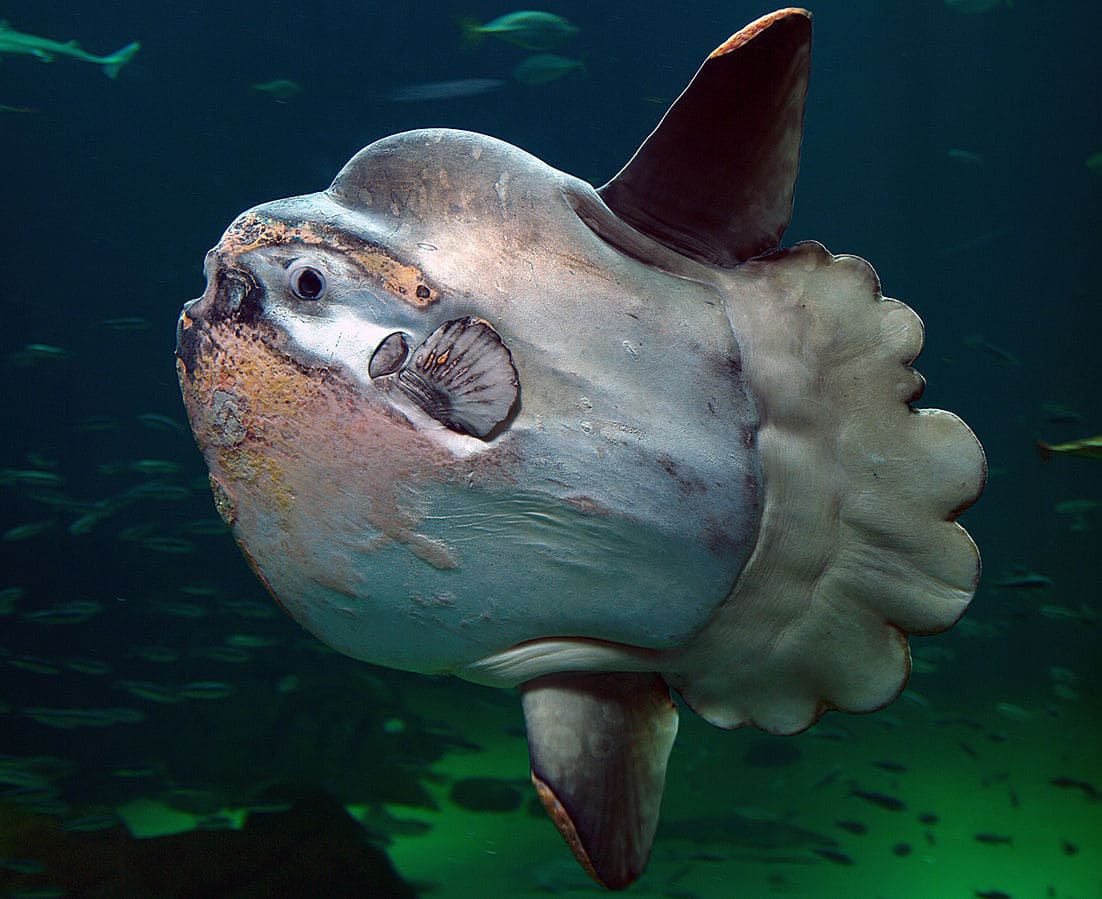 Green Anaconda is the longest snake in the world with an avarage length of 6 m (20 ft.) and a top length of 8.8 m (29 ft). The weight is approximately 227 kg which makes it heaviest of all snakes in the world. The snake species is native to South America and prefer swamps, marshes and streams. It spent most of the time in hunting underwater and use both sight and smell to hunt. The green anaconda is not venomous and uses constriction to hunt its prey. It can read upto 10 years in the wild and live upto 30 years in captivity. 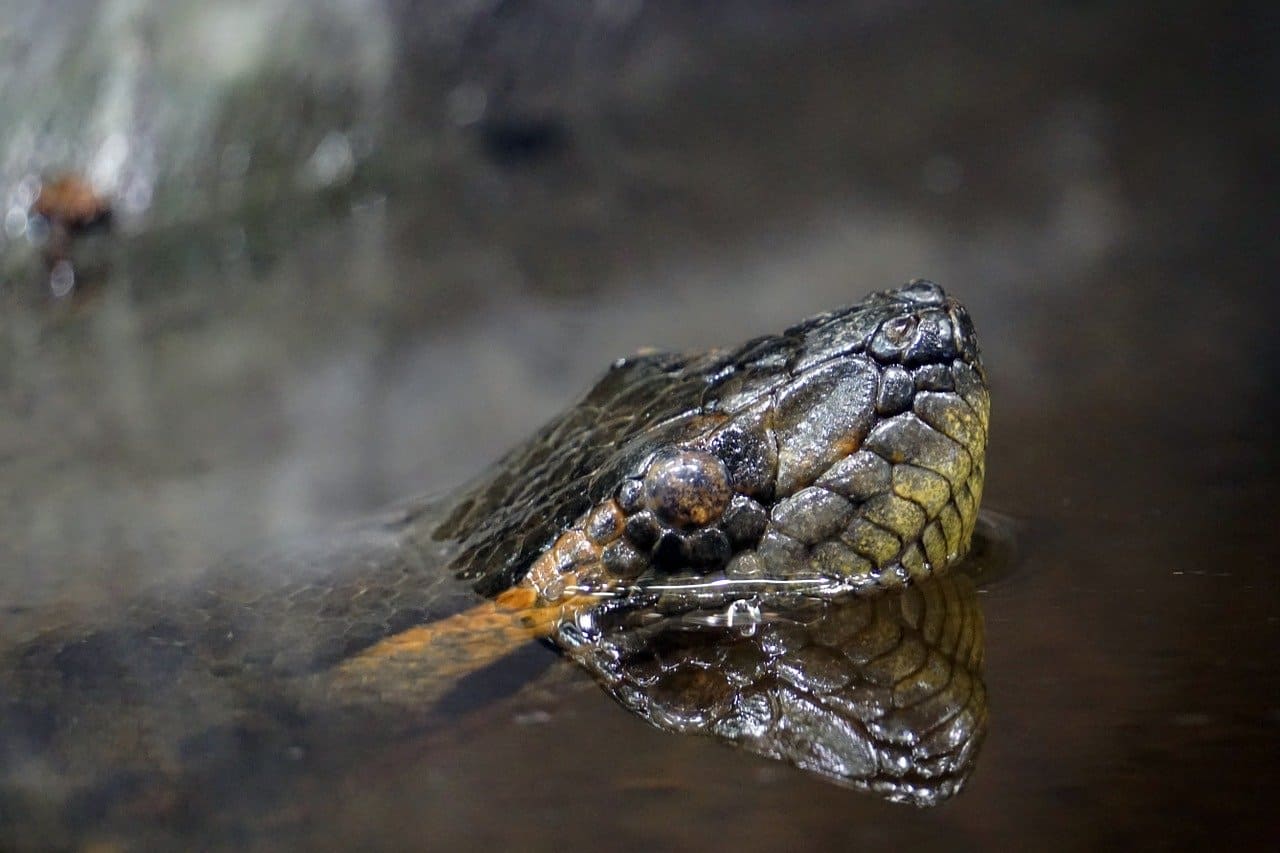 Japanese Spider Crab is the species of crab and the largest Arthropod in the world. It is mostly seen in the waters around Japan. It has the largest leg span of any arthropod in the world that can reach upto 3.8 meters long and weighing up to 41 pounds, howvever, the actual body is 15 inches long. The species has 8 legs and 2 arms that are primarily used for feeding. It is mostly seen on the Pacific side of the Japanese islands. 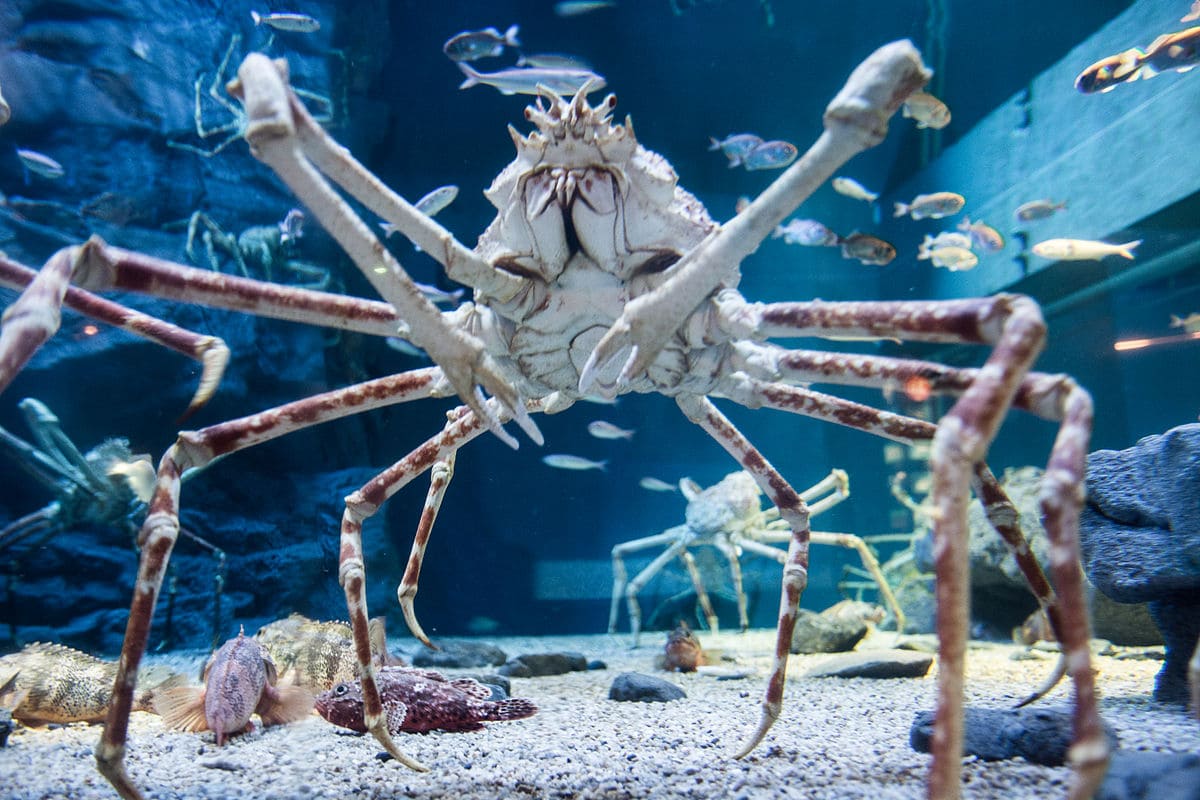 Goliath Frog is the largest frog in the world which is native to restricted areas in Cameroon and Equatorial Guinea. It can reach upto 12.5 inches in length and weight around 7.2 pounds. Talking about the appearance, the dorsal side of the species is covered with green coloured skin and has a granular texture, however, the underside of the body is yellow-orange coloured. It can leap upto 10 feet and known for its large eyes and an acute sense of hearing. The average lifespan of Goliath frogs is 15 years in the wild and up to 21 years in the captivity. 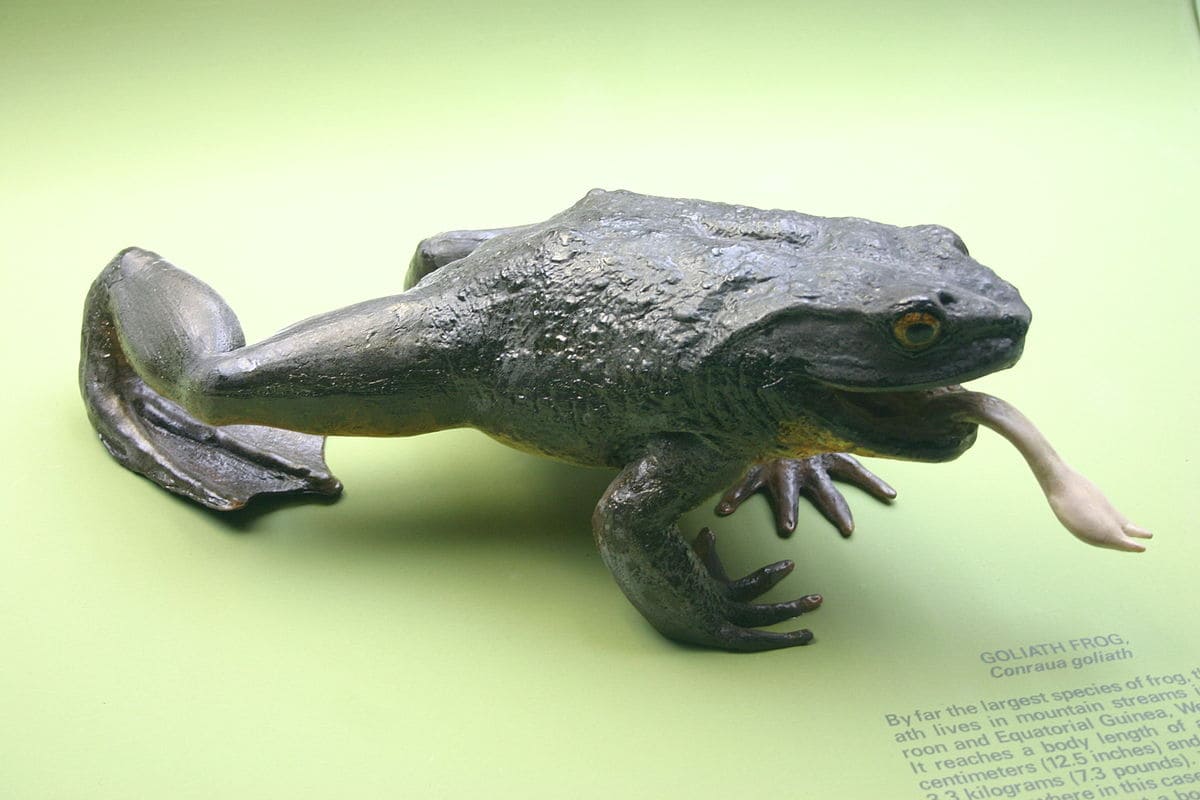