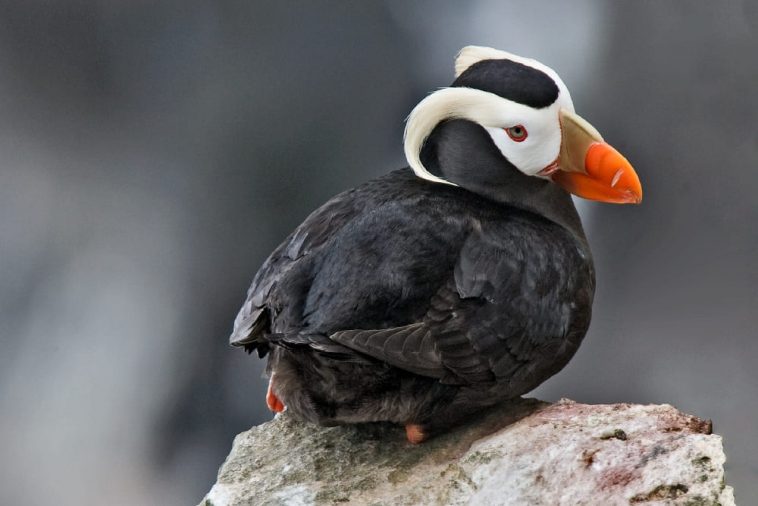 We all adore birds. Whether they fly in the skies or swim across ponds or sail over the seas-birds are indeed intriguing to watch. Some birds are beautiful and elegant, like the swan and the peafowl, while some are as mighty as the eagle and the hawk. Some are skilful as parrots and cockatoos while some are avid hunters like the seagulls and pelicans. There are about 10,000 existing species of birds on our planet that add a touch of their beauty. There are also some birds with the funniest appearance that have distinct features that will bring a grin on your face. Below we explore the top 10 birds with the funniest appearance and what makes them distinct.

Birds with a Funny Appearance

One of the birds with the funniest appearance, Sage-grouse is an endangered species of mottled grey-brown grouse with a black belly. They are big and chubby grouses with a small head and a long tail. Males have a black head and their chest has a fluffy white ruff that, surrounds a pair of inflatable, yellow air sacs. In early spring, they gather on patches of open courtship ground known as leks, where males display to females. To attract females, the male sage grouses spread their tails into a starburst, and inflate their two yellow sacs in the chest regions. This grouse adopts a funny way for courtship and is quite weird in appearance.

This is a rare species of bird that breeds on the coasts of Peru and Chile. The Inca Tern is a uniquely plumaged bird native to the Inca Empire regions of South America. These are greyish-black birds with bright red beaks and feet. Their striking feature is their dashing white moustache-like feature, which is found on both male and female birds. These birds are good divers and feed by dipping in the surface water to collect fish and other insects.

These are large birds from the owl family with a haunting call. They are found in the whole of South America except Chile, mostly in the Amazon basin region. It has a grey and brown speckled feathered body that merges very well with the bark of trees. It has clever big, yellow eyes that almost bulge out to give it a funny appearance. They are nocturnal birds who come out at night to prey. These birds exhibit camouflage to escape from predators and can become motionless when the enemy is in sight.

birds with the funniest appearance, The Shoebill stork is another unique and funny-looking bird. It is also known as a whale-headed stork. It is a very large stork-like bird, which gets its name from its enormous shoe-shaped bill. This bird is found in the eastern parts of Africa, from Sudan to Zambia. It mostly prefers life in tropical dense marshes and swamps. Its large head resembles that of pelicans and its large, flat bill has sharp edges. Shoebills are “stand and wait “type hunters, and are now listed as vulnerable species, with no more than 8000 birds left in the wild.

These birds are surface diving seabirds that inhabit the North Pacific coastline regions. These sleek blackbirds have a white facemask and bright orange curved beaks. The males develop rich golden plumes that appear only during the mating season. The Tufted Puffin can capture and hold 5-20 small fish crosswise in its bill at a time! They are skilled hunters and burrow into cliff edges for nesting.

Another rare species, this bird is native to Columbia and Ecuador. Its striking feature is its long black feathery wattle that hangs down from its chest. The wattle can extend up to 17 inches in length but is pulled in during the flight. The wattle on the neck is inflatable and serves to amplify their loud, booming calls. It is called an umbrella bird due to the large crest that hangs down over its beak.

The Frogmouths are a group of nocturnal birds that belong to the nightjar family. They are found in regions across Southeast Asia to Australia. They resemble owls but do not have the talons like owls. During the day, this bird stays camouflaged in trees and becomes active at night. These are medium-sized birds with owl-like grey feathers and large, yellow eyes. They have a grey bill that is unusually big like the mouth of a frog.

The kakapo resembles a fat parrot with a dirty-yellow or yellowish-green plumage. This unique bird is only found in New Zealand. It is a flightless and nocturnal bird and is often called the “owl parrot” due to its facial feathers that resemble an owl. This bird not only has a funny appearance but very funny habits as well. It freezes when startled and has a very sweet musty body odour. Males court females with a song and dance display! These birds are now “critically endangered”.

This black Frigate Bird is a seabird species that live along the coastlines of the Americas and the Caribbean. Its striking feature is its bright red and unusually big red throat pouch that inflates like a large red balloon during the mating season. This red gular pouch is not the bird’s only odd feature. It also has large wings with a wingspan up to 7 feet!  They spend most of their life soaring effortlessly over the ocean.

The Rhinoceros Hornbill is a large species of forest hornbill. It is native to the lowlands of tropical and subtropical regions of Borneo, Sumatra, Java, the Malay Peninsula, Singapore, and southern Thailand. This large hornbill has one of the largest and most impressive casques, and fierce, staring eyes. The casque is large head ornamentation that looks like a second bill on top of its head and is what has given the Rhinoceros Hornbill’s common name. It is not just for ornamentation but amplifies the hornbill’s calls in the Indonesian rainforests.

These are some of the funniest –looking birds that belong to some of the rarest bird species. Most of them are confined to distinct habitats in a single place around the world. They have weird features that distinguish them from other birds. Although funny in appearance, they are some of the sturdiest birds inhabiting our diverse planet.