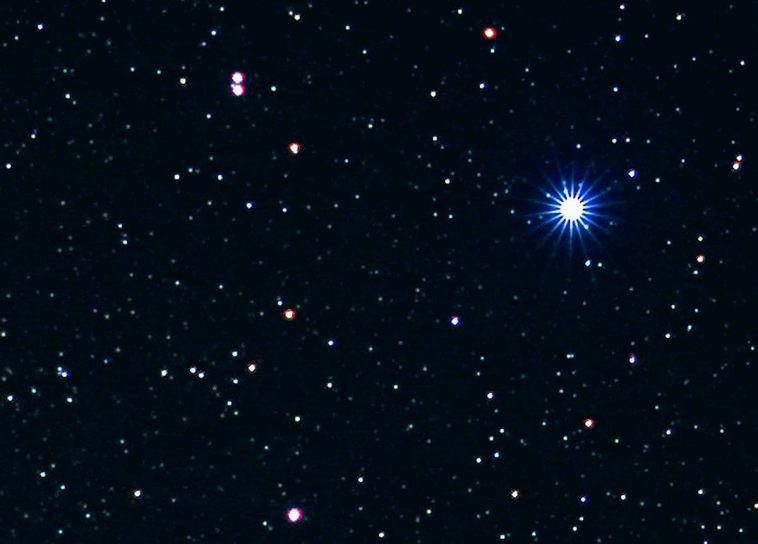 We often get mesmerized by interplanetary missions in the sky. Sometimes, when we are lucky enough to find a clear sky at night, the sky is full of spectacular objects. There are fantastic astronomical events that occur in space in some months where you can spot fascinating objects from planets, comets, and even meteor showers.  The space is endless, in extent as well as potential. If fascinating space events lure you, then you can marvel at these top ten brightest objects in space that you can go ahead and check out with your naked eyes.

Brightest Objects In The Night Sky

We all have grown big recognizing the mighty sun as the brightest star. This is the ball of fire that we have woken up to in the morning in the eastern sky. We have always been grateful for its light and warmth, and the glowing aura that lights up the morning and the evening sky. The sun’s brightness is closely related to its distance from us. It’s the star closest to the Earth, and hence its brightness creates a well-lit sky. This hot ball of plasma is recognized as a G2 V star, which means the second hottest star of the yellow G class, where surface temperatures are more than 5600 degrees C.

One of the brightest objects in the night sky, the Moon is our favourite and the most commonly known astronomical body, clearly visible in the night sky. It is our Earth’s only natural satellite. After the sun, the Moon is the second-brightest celestial body. Although, it would take hundreds and thousands of moons to even come closer to the brightness of the sun. The chief cause of tides on our Earth, the Moon appears to wax and wane in phases. In every phase, it changes in its degree of brightness as visible on the Earth, attaining the maximum brightness on a full moon day.

Venus, the brightest of the planets, and the second planet from the sun, it can often be seen in broad daylight. It appears very bright not because of its size, but because it is closer to the Earth and also, has clouds that reflect almost 75% of the sunlight that falls on it. Venus is the brightest object in the sky after the Sun and Moon and is often called the “morning star” or “evening star” as you can see it in the dark sky at dawn and dusk. On rare occasions, when Venus gets aligned precisely with the Earth, we can see it pass in front of the sun’s disk. It is one of the brightest objects in the night sky.

Mars appears very bright in our sky, especially on occasions when Mars and Earth get close to each other’s orbits. At such times, you can easily see the Red Planet with a telescope or the naked eye. It comes quite close to the Earth rarely, only once or twice in 15-17 years. This is on rare occasions that offer exceptional viewing. Here, you can spot Mars as an orangish-yellow star; it would be visible before dawn or after sunset. This year, in October 2022, Mars is supposed to come closest to the Earth and will appear to be a brightly shining body. Once it recedes from the Earth in a few days, it will again become dim.

One of the brightest objects in the night sky, Mercury is the smallest and innermost planet in the Solar System. It is often far more difficult to observe than Venus. Last month, it was still visible before sunrise when August began, but it quickly dropped out of sight to reach superior conjunction with the sun on August 17th. Mercury orbits the Sun within Earth’s orbit, and is, therefore, known as the inferior planet. This planet can only be seen near the western horizon. You can spot it after sunset on the west horizon, or, before sunrise on the eastern horizon. At this time, it may appear as a bright star-like object.

Sirius is known to be the brightest star in the sky. You can easily view it in the winter night sky in the Northern Hemisphere because it is closer to Earth than other stars around us. This star has a high luminosity quotient and appears very bright, relative to other stars. NASA has estimated that Sirius has a mass almost twice that of Earth’s sun. If Sirius were closer to the sun, it would outshine it more than 20 times over.

This giant planet has always been the cause of awe and wonders for most of us. This massive gas giant is usually the second brightest planet in the sky and is just double in brightness to Venus, which is much closer to the Earth than Jupiter. Every year, when Jupiter and Earth come close to each other and align with one another in orbit, Jupiter will become brighter than Venus and will rise high in the evening sky so that the skywatchers can catch its glimpse.

This is another bright star located in the southern constellation of Carina.  After Sirius, this is recognized as the second brightest star in the night sky. You can mostly view Canopus in the Southern Hemisphere, and has a mass almost 8-9 times more than that of the sun! The surface of this star is more than 3000 times hotter than that of the sun, but owing to its massive distance of 300 light-years from the Earth, it appears to shine brightly like a speck of light. According to Greek mythology, Menelaus, who was the hero of the Trojan War, visited Egypt once and spotted this star in the sky from his ship. It was named thus after the ship’s navigator, Canopus. It is one of the brightest objects in the night sky.

A bright beauty in the Lyra constellation of the north, Vega is the fifth brightest star in the night sky. This star shines as a bluish-white star in the night sky, directly overhead. It is 25 light-years away from the Earth and is a relatively young star is vastly studied by Astro scientists to learn about the history of the solar system. Vega can be seen with the naked eye on any night of the year, but in Alaska and much of northern Europe, the star never sets!

The sixth brightest star in the night sky, Capella belongs to the constellation Auriga. A bright yellow star in colour, Capella is much brighter and more massive than the sun, but being about 42 light-years away, we do not see it shining as bright as the sun. You can uniquely identify Capella in the night skies- there is a small triangle of three, faint, white tiny stars close to it. Also, Capella, itself consists of two stars-Capella A and Capella B, which are more than 2.5 times bigger than the sun!

You can see all these bright objects in the night sky. As the sky becomes darker, you can begin to see them clearly, except for Mercury. Venus, Jupiter, Sirius, and the Moon remain above the horizon for several hours after sunset.  Mars rises higher as the evening passes, and reaches its peak position around midnight. Besides these, there are some comets and meteors as well, which can be seen with the naked eye, but you have to be prepared to watch them occur. It is a real marvel to witness these bright objects in the sky. These are the brightest objects in the night sky.