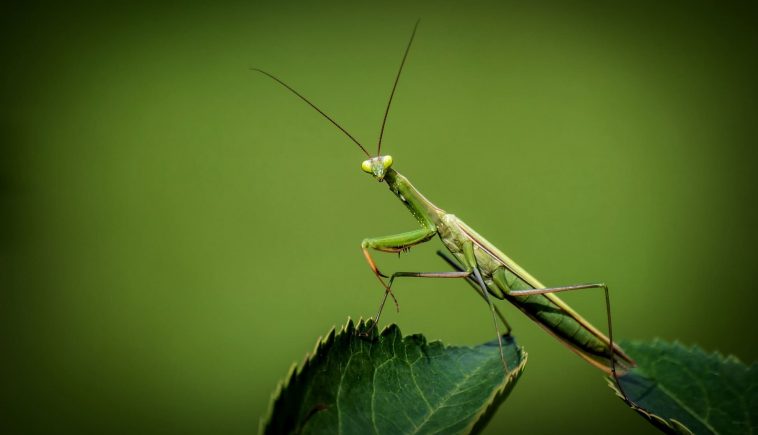 Our beautiful earth is inhabited by a vast variety of insects and bugs. Insects are the most diverse group of animals. They occur in more than a million described species that can cover more than half of all known living organisms. Potentially over 90% of the animal life forms on Earth are insects, with about 8-10 million species that exist on our Earth.

Insects have survived on this earth for millions of years and can be found almost anywhere from the snowy mountains to the hot deserts, the tropical rainforests to the lush countrysides. They come in various shapes and forms, in a myriad of colors and play an important part in our ecological cycle. Some pollinate flowers; others provide food for bigger animals, while some can even sting and transmit diseases. Below we explore the top 10 bugs and insects that inhabit our earth and have been part of our rich bio-diversity.

Butterflies are the most widespread insects on this earth. They have large, brightly coloured wings, and feed on flower nectar.  Butterflies have evolved from moths and can live from a week to a year. They conjure images of flowery meadows with colors fluttering in all hues of the rainbow. There are about 20,000 species of butterflies existing on this planet. The butterfly lifecycle consists of 4 stages-egg, caterpillar, pupa and the final transformation of the butterfly. It is one of the best animals patterns in the world.

Lady Bugs are a family of small beetles whose size ranges from 0.8 to 18 mm. They are commonly known as ladybugs or ladybirds, and we recognize them as insects with bright red round bodies with black spots. These small insects are welcomed with open arms by gardeners as they feed on insects and plant pests. Ladybugs love to eat scale insects, whiteflies, mites, and aphids, and can thus help to get rid of garden pests within hours. Their bright colors and foul odour keeps their predators away.

This green-coloured insect is widely found in all tropical and temperate climate areas. They have a very distinct body structure with a triangular head and bulging eyes. They have long curved legs that are folded at the front, which makes them look as in prayer. That is the reason they are given this name.  In many cultures, the Praying mantis has been considered to be a herald of angels that is a sign of transformation. These are simple, non-poisonous and harmless insects and also have camouflage capabilities.

These are the most commonly occurring insects known for their itchy and irritable bites. They have been around since the Dinosaur Era. Mosquito-borne diseases like malaria, dengue, yellow fever, and Encephalitis, have caused millions of deaths worldwide every year. Only female mosquitoes bite with a long, pointed mouthpart called a proboscis. Mosquitoes are cold-blooded insects and hibernate in winters.

You can find Honey bees in both natural and domesticated habitats. They prefer to live in gardens, woodlands, orchards, and meadows where flowering plants are abundant. They are closely related to the family of wasps and ants. Honeybees are popular for making honey and beeswax. One single bee is known to fly about 90,000 miles a year to make one pound of honey! An average bee can make about 1/12th of a teaspoon of honey in its lifetime.

Ever got stung by the yellow-jacketed hornet? Those of us, who have been stung by these large, yellow and brown wasps, know the pain of their bites. Single hornet stings are not fatal but can cause painful allergic reactions in the victim’s body. Hornets are very possessive of their nests and can become very aggressive when attacked. They are also natural pest controllers as they feed on unwanted insects like aphids and bugs. Hornets love bees and an adult hornet can kill up to 40 bees per minute when in search of prey.

These are the common green coloured insects that are total herbivores. They have been on this earth since the Jurassic Era, and exist everywhere except in the Polar Regions. These insects can jump up to a length which is 20 times more than the size of their body. Their bodies have small pinchers to tear off food such as grasses, leaves, and crops. A species of grass-hoppers that change can colour and behaviour are called locusts. Some grasshoppers use camouflage techniques by changing to colors that blend perfectly with their natural surroundings.

Beetles are another group of insects with round, or oval bodies and whose front pair of wings are hardened into wing-cases. This wing –case or Elytra, distinguishes them from most other insects. It acts as a protective shield for their fragile which are folded underneath. Beetles can be found all over the earth. They occur in all kinds of habitats, and they live in dark, moist places under logs, rocks, and leaves. They are generally not known to inhabit Polar Regions. There are more than 400,000 species of beetles inhabiting our earth.

There is the more dangerous and aggressive species o the ants. Fire Ants are known to sting ruthlessly and the place where the fire ant stings can develop blisters and allergic reactions. Some people develop more severe reactions. These big, red ants can kill insects and bite insects and humans. They live in large colonies in mud mounds and are omnivores. They can eat dead mammals, insects, seeds, and sweet substances. They are notorious pests that use venom to hunt prey.

These Stick Bugs or Stick Insects look like they are made from twigs. Their body structure and colour resemble real twigs so strongly that often birds or other predators do not notice them at all. Walking Sticks are long, thin, and slow bugs. They look like a stick or a twig. They play a very important ecological role in dark, dense tropical rain forests. Stick insects can climb up the leaves in the dense rainforest canopy and can eat the leaves to make holes or openings that let sunlight reach the ground. Walking sticks are not known to bite, but can spray a milky liquid from glands on the back of its thorax.

These are some of the most popular bugs and insects. With their unique identity, features, and purpose, they play a significant role in nature. While some are natural pest controllers, others like the butterfly, help in pollination. They form an integral part of the insect world and continue to intrigue us with their charms.