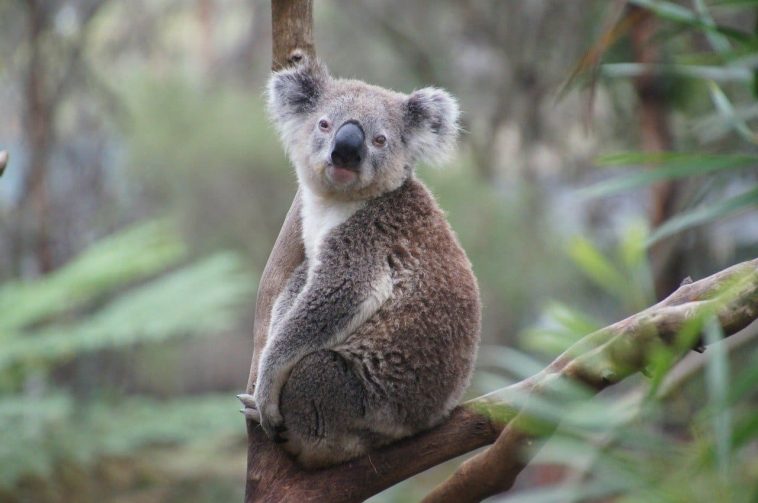 Calmness is a mental state we all strive to seek a way out of worries and anxiety of the real world. The peaks and valleys of moods and emotions can be relieved by staying calm. When we stay calm, it brings clarity of mind and allows you to think logically and take decisions accordingly. However, calmness is not just limited to the human species. The animal kingdom also exhibits great examples of calmness by various kinds of animals, big or small. The wild world is unpredictable and you just cannot judge a book by its cover and an animal by its face. Some of the scariest looking animals may be quite harmless, while some adorable animals can be the deadliest creatures in the jungle. However, there are some animals and birds that are the symbols of peace, calmness, and serenity, not only by looks but also by their nature and behaviour. Check out the top 10 calmest animals below that will take your heart away with their sweetness.

These plump-bodied and long-tailed, fluffy birds are found in almost every part of the world. There are hundreds of dove species but only a handful of doves are commonly available as pets. The dove with an olive branch has been an eternal symbol of peace. White doves symbolize new beginnings, peace, fidelity, and love. Releasing doves signifies new beginnings and prayers for peace.

One of the calmest animals in the world, Sheep is the most docile, non-violent, gentle and peaceful creatures ever known on earth. You will never hear or read about a sheep attacking someone or being aggressive. Sheep generally stay together in herds and can become agitated when separated from the group. The docile nature of sheep is often misunderstood for negatively as creatures that can be stupid or easily led. But sheep are the eternally peaceful and intelligent animals that make different sounds to communicate different emotions.

Cranes are heavy-bodied, long-necked, long-legged birds of open grasslands and freshwater marshes. We recognize the crane as a symbol of peace and hope. In 1958, the statue of Sadako holding a golden crane was erected in Hiroshima’s Peace Park as an international symbol of peace after the Hiroshima bombing attacks. Cranes are considered symbols of marital fidelity in India. They are believed to mate for life. If their partner dies, they will grieve the loss of their mates even to the point of starving to death.

Frogs are extremely sensitive to changes in their environment. They stay in groups called knots and are one of the favorite Toad Species. They eat, pray, jump, hop, and lay eggs, all in a quiet, peaceful way. A study of their peaceful behaviour can give scientists valuable insight into the functioning of an ecosystem. Frogs are social creatures that live in groups. They are fairly peaceful animals except during mating season when the males can become aggressive. Frogs are seen as a lucky symbol of transformation and fertility. They are one of the calmest animals in the world.

Sloths spend most of their lives hanging upside down in the trees of the tropical rain forests. They are arboreal mammals noted for slowness of movement. Sloths are gentle creatures and move slowly to conserve energy. In nature, animals snooze about 9-10 hours per day. Sloths are solitary creatures. They rarely interact with one another. Sloths never feel lonely because of their rigorous sleep schedule.

One of the calmest animals in the world, The giant panda is native to the mountain ranges of south-central China. It is characterized by large, black patches around its eyes, ears, and the body. Giant pandas are generally solitary and each adult has a defined territory where others and do not like to venture into. They are mostly docile and loving creatures, who spend most of their time quietly chewing bamboo leaves or climbing trees.

One of the cutest marine animals, Dolphins are intelligent and altruistic animals that are part of the family of toothed whales. They are known to stay and help injured individuals. They can even help them to the surface to breathe by pushing gently with their noses. These mammals have curved mouths, which give them a permanent “smile.”- All the more reasons to be gentle and affectionate. Dolphins are also noted for seeking out social encounters with humans.

The Koala is a furry marsupial native to Australia. Koalas are docile and very fond of being petted and cuddled. Even when terrified, they look cute and gentle. They spend long hours sleeping quietly on trees. They often sleep for up to 18-20 hours each day, coming out only in the night. They do not live in big groups but prefer to enjoy their own company. They remain solitary, quiet and calm creatures.

Slow Lorises are known for their slowness (as indicated by the name). They can remain motionless for hours together but at night when they are hunting prey, they can catch up a speed of 8 kilometres per hour. They have an adorable look with their pair of teddy bear eyes, a button nose, and a cute face that looks like a cross between a red panda and a sloth. The slow loris is a cool animal, which makes slow, deliberate movements like a sloth and little noise.

The Bullmastiff is a gentle and affectionate, large-sized breed of domestic dog. It has a solid build and a short muzzle, and are commonly known as the “silent watchdog. “ This breed is mellow in behaviour and they have got a soft spot for their loved ones. Bullmastiffs are very good and careful guard dogs and will protect their home and family with their life if the need arises.

These are the various animals and birds that belong to the category of calm, docile and gentle creatures. Their unique habits, cute bodies, and cam behaviours can take the heart of anyone seeing them. Some of them can make great pets, while some prefer to stay quietly in the woods.