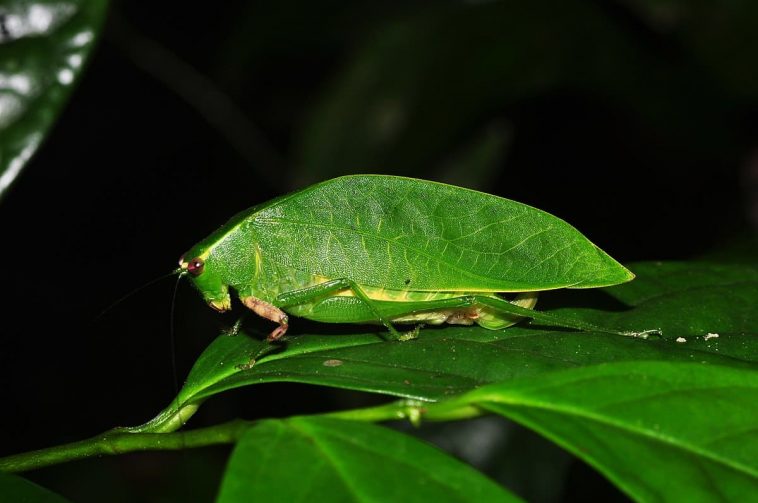 Animals use camouflage to mask their identity and movement to protect themselves from predators and predators use it to sneak on their prey. Different animal species rely on different camouflage in appearance to protect and attack their prey. There’s a whole bunch of animals that use camouflage. Camouflaged animals do these tactics with the help of surrounding, changing colour, producing light etc, Here is a list of camouflaged animals in the world,

Cookiecutter shark also known as the cigar shark is a small squaliform shark that belongs to the family dalatiidae. It is one of the best species and natural wonders in performing camouflage. It uses Bioluminescence just like fireflies and produces its own light in the belly part resulting in a small fish like figure that stays dark. Predators in the ocean think that there is a small fish floating on top and eventually move towards it to eat it. Now, the Cookiecutter shark turns rapidly taking a chunk of the predator’s body part with its teeth that resemble Cookie Cutter and hence the name.

Rattlesnakes are one of the best-camouflaged animals mostly seen in desert environments. Their scales are designed in such a way that looks like sand and helps him to protect it from predators but also it to sneak up on its prey! There are other snake species also use camouflage, however, here we have discussed the rattlesnakes. It can grow upto 1 to 8 feet in length and usually locate prey by scent with the help of the tongue. It is also listed as one of the most dangerous animals in Western America.

Wobbegong Sharks are not exactly typed of sharks if you make an image of the shark in the mind, however, Wobbegong is a name given it to the 12 species of carpet sharks in the family Orectolobidae. They are mostly seen in the shallow temperate and tropical waters of Australia, Pacific and the Indian Ocean. The species can very well camouflage with the symmetrical pattern of bold markings that looks like a carpet. The camouflage is more improved with the help of small weed-like whisker lobes that surrounds the jaw and acts as sensory barbs. They use camouflage to hide in the rocks and catch smaller fishes.

Stick insects are the best name that can be given to these insects and one of the best-camouflaged animals in the insect kingdom. These species are in the order Phasmatodea and can be camouflaged on either sticks or leaves. Leaf insects belong to the family Phylliidae and mostly seen in the south and southeast Asia to New Zealand. Currently, 3,000 species have been described for stick insects and name comes from Ancient Greek φάσμα phasma, meaning an apparition or phantom. It is also known as the walking stick.

Common potoo also knew as common potoo, grey potoo, lesser potoo or poor-me-one is a nocturnal bird species that thrive in the tropical Central and South America from Nicaragua to northern Argentina and northern Uruguay. Talking about the appearance, the bird species is greyish and brown in colour and the body is finely patterned with the black buff that can be easily camouflaged to look like a log and protect it from predators. It can be identified in the night with the help of the reflection of light from its eyes.

Snow Leopards are some of the most beautiful and apex predators on planet Earth. These cat species are excellent stalkers and hunters and track its prey for days waiting for the right moment to strike. The camouflaged Snow Leopards have thick coat fur to survive in the frigid sub-zero temperatures of their habitat. During hunting, the camouflaged leopard is so perfectly matched with the rocky terrain that it is impossible to see it. It is listed as vulnerable” in the IUCN because numbers are falling globally.

Idoloantis Diabolica which is also known as the devil’s flower mantis or giant devil’s flower mantis is one of the largest species of praying mantises and the only species classified in the genus Idolomantis. It belongs to the family Empusidae and grow upto 13 cm (5.1 in) in length. The species is mostly seen in Ethiopia, Kenya, Malawi, Somalia, Tanzania, South Sudan, and Uganda. It is one of the best-camouflaged animals in the world.

There are many species of shrimp that uses transparent camouflage and their body can be seen through and invisible to predators. One of the best-camouflaged animals comes with elongated bodies. Shrimps are widespread and abundant and nearly thousand of species exist in marine life. It is also an important part of the food chain and the main source for larger animals ranging from fish to whales.

False Leaf Katydidn are the insect species ranging from yellow-green to deep leaf green and are one of the best-camouflaged animals when they sit on the leaves of trees, shrubs, and tall weeds. About 60% of the species was found in North America, represented by twelve genera. Most of the species of False Leaf Katydid are bright yellow-green in colour, however, some of them are decorated with a scattering of small dark spots as if someone sprinkled them with a dab of pepper.

Leaf-Tailed Gecko is also known as flat-tailed gecko is a reptile species that belongs to the family Gekkonidae. They are mostly seen in the dense tropical jungles and approximately all species of leaf-tailed gecko are threatened by accelerated habitat loss because of deforestation. It can reach upto 4 to 12 inches in length and 0.35 to 1 ounce of weight. Talking about the appearance, it is the body is grey-brown, green-brown or black coloured, howvever, the skin has a rough texture that looks similar to either bark of a tree or leaf and it will depend on the species. The average lifespan of Leaf-tailed gecko is 2 to 9 years in the wild.