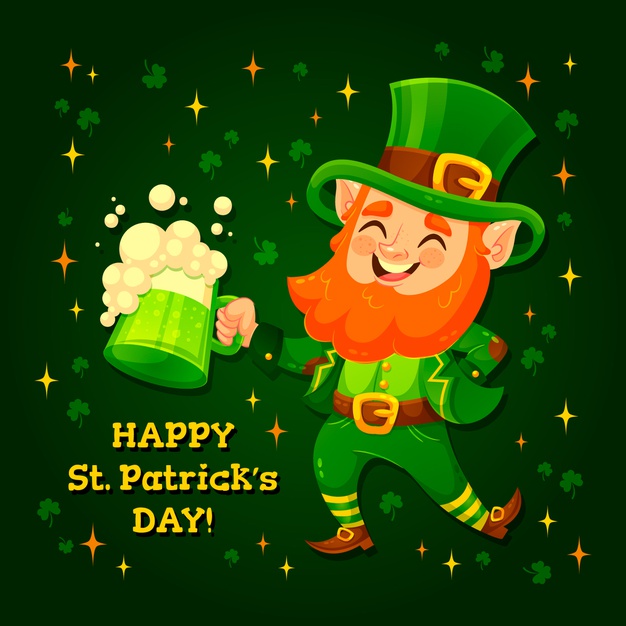 Saint Patrick’s Day is arguably the most celebrated holiday around the world. Different cities hold different celebrations to celebrate Saint Paddy’s Day. For instance, you will find people donned in green, watching a parade, or linking up with friends for a drink. According to research from Betway Casino, some cities hold formal Saint Patrick’s Day celebrations complete with marching bands. So, which is the best city to celebrate this memorable day? Read below to discover some interesting suggestions?

Unsurprisingly, the Irish capital is the epicenter of the Saint Paddy’s Day celebration. The city usually holds the most vibrant St. Patrick’s Day parade globally. The city usually hosts more than 500000 revelers getting entertained by magnificent floats weaving through the city. The four-day festival extravaganza entails a parade, beer and whiskey festivals, free live music, and funfairs. You will also enjoy the Greening of the city, where 17 of Dublin’s most historic buildings glow in bright green.

No other city in the world celebrates St. Patrick’s Day like New York City. The city holds the biggest and oldest St. Patrick’s Day parade in the US that attracts over 150000 participants. The tradition is so steeped that it started 14 years before the Declaration of Independence was signed. These days, on Saint Patrick’s Day, New York City hosts up to two million spectators lining up the route that marches along Fifth Avenue. The entire city is also overwhelmed in a celebratory mood, with bars serving the Irish spirit.

Buenos Aires is known as a city that is constantly celebrating. However, the city also becomes crazier on 17th March each year. The city boasts a proud Irish heritage that holds one of the wildest celebrations in Southern America. During the Paddy Day celebrations, ten blocks of the city are turned into a Guinness-fuelled, green arcadia. If you want to see the city’s parade, please head to Plaza San Martin, where it all culminates.

Boston hosts a large number of people of Irish origin. It is this population that makes the city one of the world’s leading locations for the Saint Paddy’s Day celebration. On the Sunday before Saint Paddy’s Day, South Boston hosts a lively parade with traditional marching bands from around the US. Revelers also enjoy pints at a plethora of Irish bars around the city.

Every 17th March, the Windy City goes wildly green. The City uses more than 40 lbs of green dye to transform the misty Chicago River into a bright green stream. This tradition dates back to 1961, and organizers are resolute Leprechauns help with the miraculous transformation. Chicago also holds one of the biggest Saint Paddy’s Day downtown. Besides the parade, the city also holds several Irish cultural celebrations all through the month of March.

London’s famous night-life stands out on Saint Patrick’s Day with several nationalities from all over the world coming together for a day’s celebration. The city holds a 1.5-mile parade on the Sunday before the 17th of March. The parade features multicolored carnival floating and marching bands.

The southern coastal city of Savannah, Georgia, usually holds Saint Patrick’s Day celebrations for several days and concludes with the St. Paddy’s parade on March 17. The celebrations attract up to 750000 thrilled visitors. The parade traverses through the celebrated downtown district of the city. You can also join the parade as everyone is allowed to participate. Other notable events during the day include dyeing the Forsyth Park Fountain green. Revelers also enjoy food and music in the festivals. The weather is also perfect as the celebrations come during spring when the Savannah weather is warm.

Washington, D.C., is among the East Coast cities that hold grand celebrations during Saint Paddy’s Day. D.C. hosts what is referred to as the Nation’s St. Patrick’s Day Parade. The celebrations include ornamented floats, local marching bands, and entertainment troupes playing bagpipes. Moreover, D.C. also hosts its parade on the Sunday before Saint Paddy’s Day. There are also smaller parades held in local suburbs like Gaithersburg and Alexandria. Washington D.C. is also for its bubbly bar scene. Therefore, there are usually also many local Irish bars for visitors to enjoy the day.

Los Angeles is another city that hosts lively Saint Patrick’s Day celebrations. On March 17, L.A. turned into the city of Leprechauns. Revelers also enjoy other events and pub crawls in different parts of the city like Santa Monica, Downtown LA, and Hollywood. Southern California’s coastal town of Hermosa Beach holds one of the best parades. The parade’s participants include the local community and visitors who come together on the Sunday before Saint Paddy’s Day. You can also drive to the Southern California Irish Fest in Irvine.

New Orleans hosts a week-long Saint Paddy’s Day celebrations. The city celebrates by hosting several parades by different groups all through the week. The famous parades include the Irish Channel Parade and the Metairie Parade. On the d-day, the city hosts a grand block party at the French Quarter.

If you love gorgeous ancient cities with grandiose castles and historical architecture, then you will enjoy Saint Paddy’s Day celebrations in Kilkenny. The Irish city might be smaller than Dublin, but it offers a unique celebration. First, you will enjoy the usual parade and many pubs flowing with drinks. Second, you will experience something exclusive to Kilkenny, the TradFest. Kilkenny’s TradFest happens for five days culminating on the d-day. The fest includes multiple activities and celebrations suitable for people of all ages. Moreover, the fest is very popular among the locals, making it more authentic than Dublin’s tourist celebrations.

Galway is another excellent Saint Patrick’s Day celebration destination. It is celebrated for having the best craic in Galway. If you are interested in a more local experience, then the smaller parades held in this Irish town is what you need to experience. Even the after-party experiences are more local in Galway. The pubs here are full of locals from all over the country gathered to celebrate this historic day.