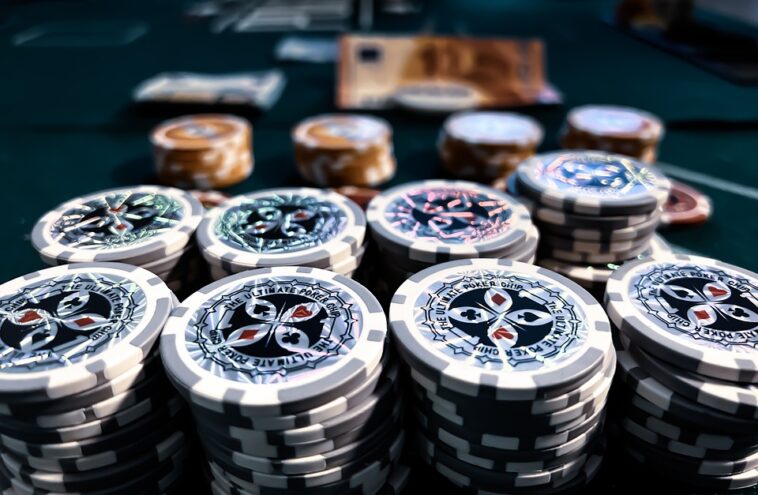 Gambling is a game of chance, which means that nothing and no person can influence the outcome. However, most gamblers have misconceptions about gambling and think they can predict luck or even influence it.

Here are some common misconceptions about gambling that we’ll put to rest once and for all!

It is Impossible to Control Chance

Games of chance, in an online casino like Casumo’s live casino, are random experiments whose results cannot, by definition, be predicted in advance, even by clever calculations of probabilities. We can at most know what we can expect to win, but not what we will win (or lose).

Thus, it is useless to try to reproduce a winning situation. Even if it is gratifying to think that you can take control of the odds, it is only an illusion and prudent to realize this. All casino operators maintain this illusion by offering players the choice of a slot machine or a particular number to bet on in roulette.

Still, the result would be the same if the customer was automatically assigned a machine or a number. The situation is very different with gambling games such as poker, sports betting, and even trading, which involve some expertise.

However, the player must not forget that chance is the dominant factor and that their control over the game is incredibly limited.

Games of Chance Are Not Dependent on Each Other

An important rule in gambling is that you cannot deduce what will happen in the next game from the games already played. Spins, especially in slot machines, are independent of each other, so you can’t deduce anything from what came before.

The same is true for lotteries. On the other hand, it would seem that chance would be at fault for scratch cards. Contrary to a soccer match, where one can consider that history indicates the future result, games of chance are not governed by the past. Thus, although it is rather counterintuitive for lotteries, you should not consider the numbers drawn previously to create your lotto grid.

A number that has not been drawn for a long time has no more chance of coming up than another (which is true in all games of chance). Last week’s grid actually has as much chance of winning as any other combinations since each has the same probability of being drawn. The probability of each particular grid is very low, as is the probability of the previous draw.

Due to the nature of gambling, there is no need to rely on past games of chance to draw a conclusion and decide what to bet on.

In Gambling, You Cannot Almost Win

However, the player may feel that they have almost won, and this “almost win” may seem to indicate that they are close to a win when they are not. For example, if a slot machine shows two identical symbols out of three, you have not won any more than three different symbols.

Nevertheless, the subconscious mind cannot help but consider this a small success and take a little satisfaction. But this is only an illusion. In the same way, the player can have the impression of having almost won if the roulette wheel displays a number close to the one he had bet on. This isn’t the case. The result is the same as if the winning number is far from the one chosen: the player has lost his bet—that is all.

It is the same for many games of chance where the player thinks he is close to the goal. While it is not concrete, it is nothing like a chess game.

Superstitions Do Not Influence the Course of Gambling

Many players believe that they can tame luck during games of chance by various tricks, but again, this is just an illusion. Playing on Friday the 13th does not guarantee the player to win the jackpot. If there were more winners than usual on these dates, there are also more losers because there are simply more people who gamble on these special occasions.

Similarly, any ritual around gambling, whether it is a fetish object, gambling habits, or lucky number, does not affect the outcome except to maintain the gambler’s illusion of control over the odds and, in the process, may foster gambling addiction.

The Most Famous Gambling Myths

You Have a 50% Chance of Winning at Roulette

This is a common statement, especially in land-based casinos. But is it possible to win every other time? Would the rate be that high? The answer is simple: no. Roulette is a random game. The zero is neither black nor red, and the colours are represented equally so that no draw can depend on each other. Even if you have a clear case where the ball has stopped four times in a row on red, this does not guarantee that the next draw will necessarily be black.

By Continuing to Bet, You Will Get Back the Money You Lost

This is a myth that knowledgeable gamblers have long since debunked. Gambling, whether in land-based casinos or online, is based solely on chance. Losing 10 times in a row does not necessarily mean that luck will smile on you on the 11th try. It also doesn’t mean it’s a desperate attempt to win, but you can easily push yourself forward if you are comfortable with this idea.

The results are independent for each round, so the odds will not be better depending on how many bets you make. You can lose a lot in the long run by following this myth.

Many people believe that a slot machine cannot give two jackpots in a row, even if they are spaced a certain amount of time apart. Everything is unpredictable, and the RNG (random number generator) system was designed for that. This statement is not plausible and should not be relied upon.