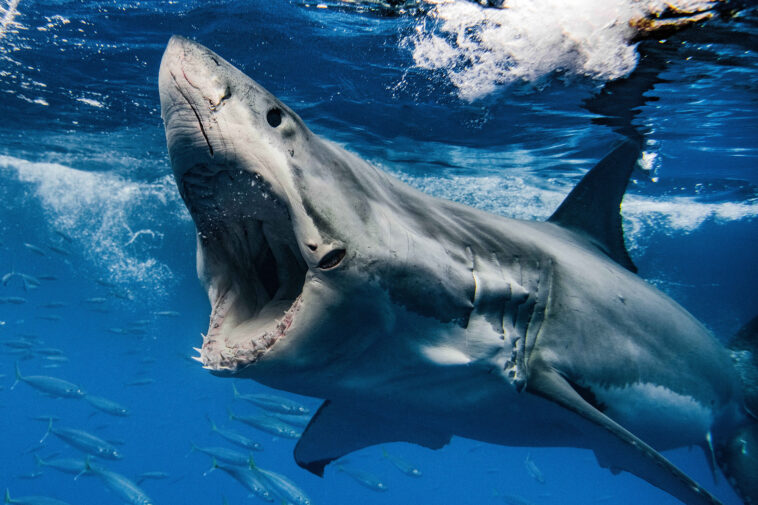 Sharks are majestic creatures but instead of being widely revered, they are universally feared upon. We actually have the JAWS movie franchise to blame for that, but what are the common misconceptions and myths about them that people don’t talk about?

They are not interested in eating people. They have been around for around 450 million years and evolved to eat prey like fish and marine mammals. Millions of people swim in close proximity to sharks every year without them knowing and are not attacked by them. Shark attacks aren’t impossible though, but normally it is only because of them misidentifying humans as an ocean animal. There are more than 500 species and only a few of them have been involved in incidents of shark attacks.

“Every shark is the same”

As previously mentioned, there are over 500 species of sharks and each is drastically different from the next. A Dwarf Lantern Shark is smaller than your hand, the Coral Catshark doesn’t grow over 2 feet and some species can also grow up to more than 40 feet. They have perfectly evolved to cater their needs and environment and several species are so different from each other that sometimes you can’t even tell similarities from each other.

“Sharks need to swim constantly or else they’ll drown”

This is a popular shark story that is in fact false. There are species that are known to be able to respire or breathe by opening and closing their mouths to pump water over their gills while they rest on the bottom of the ocean.

“Sharks are apex predators, and they have no predators”

As terrifying as they are portrayed in all kinds of media, sharks aren’t on the top of the food-chain and in the ocean, there are predators that eat them too. In fact, according to the Sarasota Dolphin Research Program, dolphins eat small sharks, and orcas, the largest member of the dolphin family, even attack, feed, and even toy with great white ones.

Another predator and the biggest threat to shark existence is, of course, humans. Humans kill approximately 100 million each year and because of this their population is slowly reducing each year and is having a dangerous effect on the ocean ecosystem.

“Shark fins can be used for medicine”

In China, shark fin soup is a delicacy that is believed to have medicinal properties. However, scientists have already debunked and pointed out that its meat, tissue and cartilage can be extremely high on toxins and mercury. As mentioned on the previous bullet, an estimate of 100 million sharks are killed each year, and this is mainly because of its fin soup and the myth that it can cure diseases. This endangers not just their population, but different species as well and the whole ecosystem of the ocean.

Although this is the case for other species, some female sharks have the capability of parthenogenesis. In other words, they have the ability to fertilize their own eggs and give birth to live young without a male shark. Parthenogenesis is usually only found in plants and insects but millions of years of shark evolution has given them this ability.

“Sharks must turn sideways to bite”

It is unknown where this myth came from, but they can attack their prey from virtually any angle. They can protrude their jaws to bite prey. Sharks don’t need to turn sideways to bite their prey and can definitely attack in front of their snouts.

Another popular myth is that sharks have poor vision. However, their eyes actually have lenses that are approximately ten times better than human eyes. They can actually even distinguish colors in the ocean. Some species can even detect light that isn’t visible to the human eye, which helps them thread the deepest parts of the ocean without having a hard time. The shark’s eyes are even considered to have excellent vision and are similar to human eyes having rods and cones.

They may be faster than the average human diver, but it is a myth that they are high-speed swimmers. A handful of shark species may swim at 23 miles per hour, the shortfin mako shark can even burst as fast as 31 miles per hour, but most of them on the other hand, are very slow swimmers, and cruise the ocean at only at an average of 5.75 miles per hour, with the Greenland Shark even swimming slower than 1 mile per hour, which is amazing, considering they are know to hunt seals as their prey.

“Sharks go crazy and will attack you when they smell blood”

In pop culture and all sorts of media, they have been portrayed as cold-blooded killers and will most definitely lose their marbles if they smell a drop of blood. But this is not the case and is a myth. It’s also a popular myth that they can smell a single drop of blood from a mile away. They actually have the same sensitivity to smells just like other fish.

Infact, scent is only one of the several methods sharks use to find their food. They also have fantastic senses of sight, taste, hearing, and electro reception.

This myth has led to many people being terrified of getting even a tiny cut while in the water. However, the truth is that they don’t go crazy as soon as they smell blood.

Sharks are majestic creatures and are often misunderstood. People don’t have to hold off on going to the best adventure holiday destinations, which you can read more on Slingo.com. They have been victims of negative press for the past few decades and they deserve more appreciation. And because of the rate that humans are killing sharks every year, it’s only a matter of time before we see them disappear from the face of the earth.