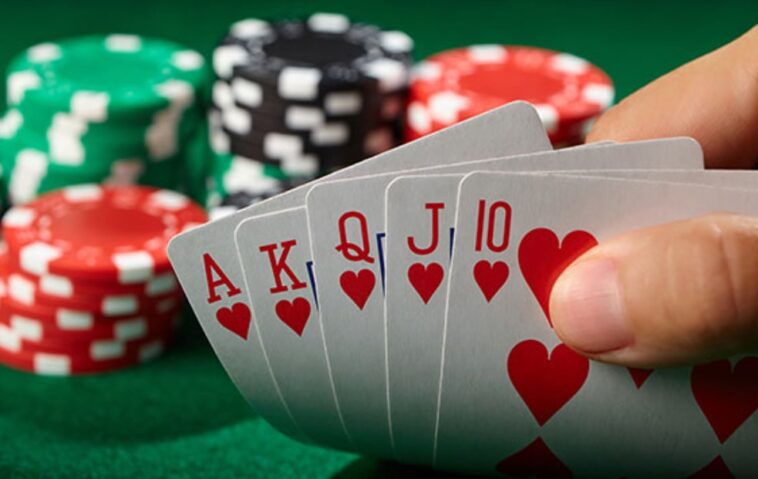 Having a poker face is a term we know well – and for those who don’t know, it means having a face that’s hard to read. Keeping your face as blank as possible usually means you’re not giving away any information about the hand you’ve been dealt and ensures if your hand is good, you can goad your opponents into putting more into the pot and claiming it all.

The flip side of this is not keeping your cards close to your chest and making wild bets or cold raises, which can end up costing you a small fortune – especially in high stakes games. To avoid this type of problem, you need to be aware of the common mistakes that are made when you play poker.

Once you know what you shouldn’t do, it becomes far easier to build a winning strategy and improve your skill levels in other areas. Read on to find out the top mistakes you’ll want to avoid.

This is because the other players are showing confidence in the hands that they have, while you choosing to call shows you’re unsure of your hand’s strength. This can lead to experienced players realising you’re holding a weak hand. Instead of calling, you should rather just fold.

This will lead to you keeping money you would have otherwise spent to put into another player’s pocket. In high stakes poker your first go-to options should always be to either raise or fold and avoid anything in between.

When poker is shown in movies, the reason is usually to assert a character’s dominance or authority in some way or showcase how smart they can be. You will never see a character be timid in the poker room since this is no place to practice timidity – unless of course, they’re doing it as a ploy.
However, this rarely goes as hoped for.

Instead, players of poker need to showcase their assertive sides and play with intelligence and an aggressive style. How do other players pick up you’re being timid, even if you’re talking a good game? By how you play with your cards. Cold calling, noted above is one way. Another is if you are choosing not to match a raise, after you’ve already put in a lot of money, because an opponent has raised by a very large sum.

This can often be a ruse for them to win the pot and scare you off – so playing timidly and not matching or calling will hurt your chances of winning at the end of the day. While playing every hand to the end is not a good strategy, you’ll find with practice how to evaluate the hand you have and then play the right hands with confidence.

There’s a saying which says, if you don’t know who the sucker at the table is, it’s probably you. While not very forgiving, it’s often apt. If you find you’re losing more than winning, and fit the bill of the above quote, then it’s probably time to switch tables and try your luck at a different one. Once you’re identified as the weakest link and you don’t move on, you’ll undoubtably end up having this cost you too much in the long run.

While this often happens to new players, even experienced ones can have this happen, it’s usually because you haven’t evaluated the table before you join in (both online, and IRL). Keep your eye out for who at the table is making mistakes – and if you can’t tell who this is – then you probably don’t want to join that table since at the next one, you could potentially have better luck.

4. Not Folding When You Should

If you’re playing at a game with high stakes, you should avoid calling too often – as noted above raising and folding should instead, be the go-to moves you use for each game, even when playing at zarcasino.co.za. Folding isn’t a sign of defeat or failure – instead, it’s the only option to consider if your card hand isn’t strong enough to consider taking it further.

In fact, in most high stake’s games, it’s the players who know when to fold that are the good ones and those who stubbornly keep calling who become the average ones. The reason is average players let their pride. egos and emotions run the show.

Good players, however, know that reason and logic trump emotions and that if your hand isn’t a good one, then you simply aren’t going to win. The next round may be the one when you get to enlarge the pot or take it – so focus on that rather than the sting of folding again.

This term is used in poker to describe the reasonable poker players who try to outsmart poker rookies and newcomers – the donks. This strategy is usually never a good one since beginners tend not to understand all the finer poker strategy details and can ruin a well-played strategy.

For example, say that you have a good strategy and are planning to bluff your way out of a hand – and raise the pot – only to realise that your opponent is planning to call! At the end of the round beginner’s luck comes into play and they win, while you sit gobsmacked and wonder how that went wrong.

Often, a conservative continuation bet would have suited the situation better than trying to do a donk bluff. In high stakes when playing against beginners or bad players, rather keep the game simple and avoid overcomplicating things.

While there are other mistakes to avoid, such as fancy play syndrome (where professional players forget the basic strategies and overcomplicate things) and choosing to show your cards every time instead of selectively, the above should have you avoid most of the common high stake’s pitfalls.
Although nothing beats experience, knowing what to avoid certainly can help new high stakes players, and remind old hats why they avoid what they do.