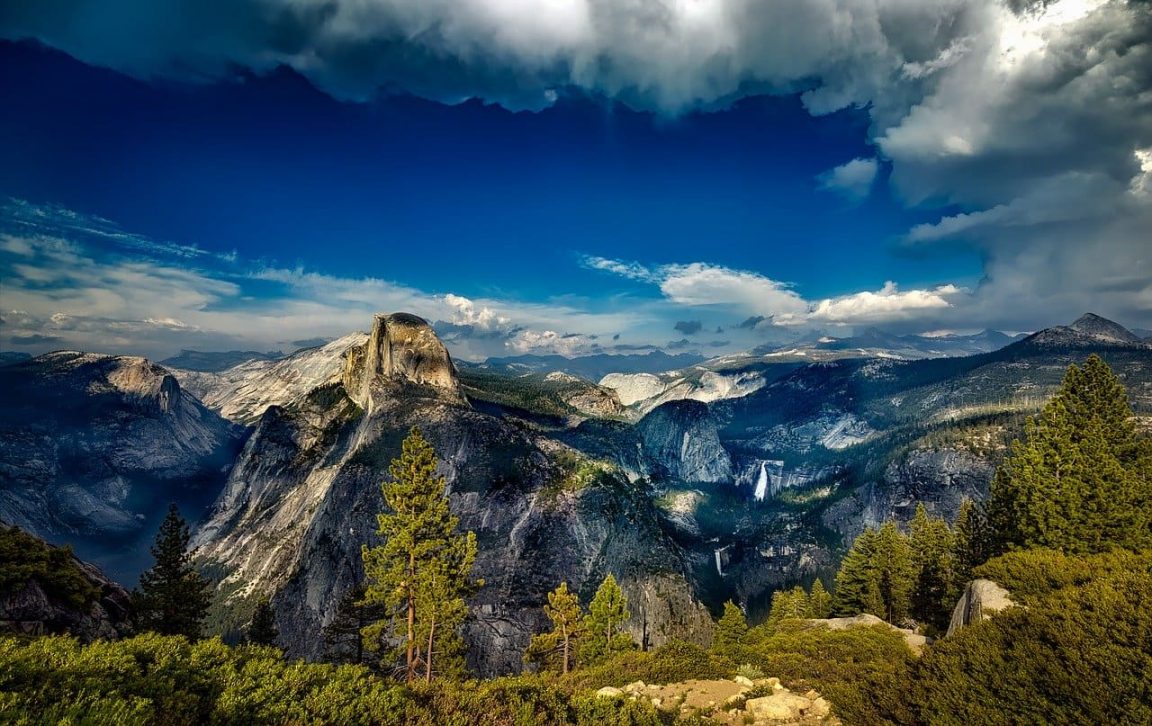 Our earth is full of fascinating places and exotic travel destinations that can make you awe-struck. All across the globe, natural wonders and man-made attractions lure tourists from all over the world to these amazing places that have something truly wonderful to offer. Some of these places attract thousands of tourists annually, while some are the lesser-known places, where nature is untouched by human interaction. Check out the coolest places to visit in different parts of the world that will leave you jaw-dropping and bewildered at how beautiful and amazing nature can be, Here are some of the coolest places to visit,

Cancún is a dreamy Mexican city on the Yucatán Peninsula bordering the Caribbean Sea. It is well-known for its white sandy beaches, exotic resorts, and nightlife. Cancun has the more traditional downtown area, El Centro, and a long, beachfront strip of high-rise hotels, nightclubs, shops and restaurants in Zona Hotelera. It has near-perfect weather and bright blue waters are the Acapulco of Mexico’s Gulf Coast. It is a vibrant hub with several interesting attractions worth visiting. You can explore the Mayan Ruins of Chichén Itzá, which are close by. These were settled by the Mayans more than 1,000 years ago. This has become a UNESCO World Heritage Site that includes many famous Chac-Mool statues, and pyramids.

The beach town of Playa Grande is known as one of Costa Rica’s best-surfing spots. Playa Grande is on the Pacific coast of Costa Rica just north of Tamarindo and is popular for the scenery, adventures, and relaxation. Tamarindo is one of the hottest vacation destinations, which offers surfing, nightlife, shopping, and exotic restaurants. It is the second-largest nesting ground of the largest marine reptile, the Leatherback Turtle.

Lake Baikal in the mountainous Russian region of Siberia, is an ancient, massive lake. Located north of the Mongolian border, this is considered as the deepest lake in the world. It’s famous for the Great Baikal Trail, which is a network of hiking paths. The village of Listvyanka is located on its western shoreline. It is known for its summertime wildlife-spotting tours. It is a well-known area for wintertime ice-skating and dog sledging. This area has a rich flora and fauna including the freshwater seal.  Lake Baikal is one of the clearest and transparent bodies of water, where you can see 40 meters into the lake on a bright and sunny day.

Patagonia is a region shared by Argentina and Chile, with the Andes Mountains as its dividing line. The Argentine side has the arid steppes, grasslands, and deserts, while the Chilean has glacial fjords and temperate rainforest. The landscape represents one of the contrasts. Patagonia is famous for its prime hiking, rock climbing, mountaineering, and horseback riding experiences. El Chaltén’s is the hiking destination of the world. It offers the most scenic hikes, surrounded by pristine mountains and serene lakes.

Machu Picchu in Mexico is one of the new seven wonders of the modern world. It is the most visited destination in Peru. It has the famous ancient complex constructions of the Incan culture set high in the Andes Mountains above the Urubamba River valley. Most archaeologists believe that Machu Picchu was constructed as the citadel for the Inca emperor Pachacuti (1438–1472). It is referred to as the “Lost City of the Incas”, and is an icon of Inca civilization.

The Karakum Desert is a black sandy desert in Central Asia. It has dark soil beneath the sandy surface of much of the desert, which occupies about 70 % area of Turkmenistan. To the south of the desert runs along the Kopet-Dag Mountains, and in the west is the Uzboy River valley. It is famous chiefly for one destination, the Derweze Gas Crater, popularly known as the Door to Hell. This is an open-pit lake of fire that has been burning for more than 40 years now.

Mount Rinjani is the second-highest active volcano in Indonesia on the island of Lombok, 3726 m high above sea level. Since May 2019, the Senaru trail to the crater rim has been re-opened for the public. The Rinjani National Park is popular for mountain climbs and trekking. It is an important nature reserve and water catchment area. The mountain has a huge 50 km² crater is the lake Segara Anak or the Child of the Sea. The lower slopes of the mountains have dense tropical forests. Travellers can enjoy a  trek to the crater rim that involves two days and one night on the mountain.  It’s a paradise for trekkers. This active volcano, Rinjani reminds locals and visitors of nature’s power and beauty.

The Faroe Islands are a part of Denmark and comprise 18 rocky, volcanic islands. They are located between Iceland and Norway in the North Atlantic Ocean, and. They are connected by road tunnels, ferries, causeways, and bridges. The mountainous landscape of the islands draws hikers and bird-watchers. The islands consist of scenic valleys and grassy heathlands, and steep coastal cliffs with thousands of seabirds. The Faroe Islands are north enough to see northern lights, so if you are lucky enough, you can witness this amazing phenomenon.

The Star Mountains are a mountain range in western Papua New Guinea and the eastern end of Papua province, Indonesia. The mountain range contains some of the highest mountains of New Guinea like Mount Juliana (Peak Mandala, 4700 m) and Mount Antares (4170 m). A lesser explored destination, these impressive mountains and the valley offer scenic and adventurous hiking trails and mountain climbing expeditions.

Yosemite National Park in California, USA, is not just located in a great valley, but an epitome of the power of glaciers and the tranquillity of the High Sierra Mountains. It looks enchanting during winters with its tall redwood trees and snowy cliffs. Yosemite National Park is best known for its waterfalls, like the Yosemite Falls, spread across 1,200 square miles, with deep valleys, grand meadows, and giant sequoias. Discover rock-climbing mountains and day-hike trails and trees which are more than 3,000 years old.