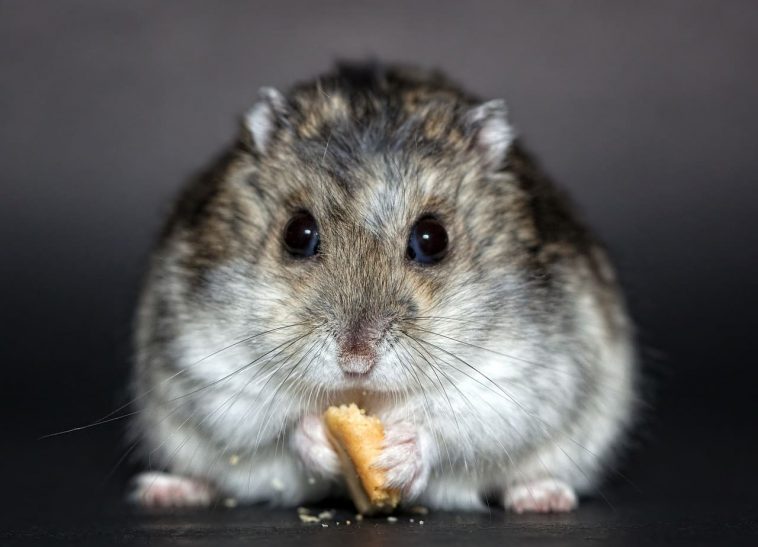 Rodents are mammals of the order Rodentia. The name itself is derived from the Latin word Rodere, which means “to gnaw”. Rodents are gnawing mammals that include rats, mice, squirrels, hamsters, porcupines, and their relatives.  Most rodents are small animals with strong bodies, short limbs, and long tails. They use their sharp incisors to gnaw food, dig burrows, and defend themselves. They are distinguished by a single pair of continuously growing incisors in each of the upper and lower jaws. They do not have any canine teeth. We will share some of the coolest rodents.

It is interesting to know that about 40% of all mammal species are rodents. They are found in all continents except Antarctica. Common varieties of rodents include rat, mouse, squirrel, chipmunk, beaver, porcupine, rabbit, muskrat, weasel, prairie dog, gopher, marmot, groundhog, woodchuck, ground squirrel, chinchilla, capybara, vole, mole, hare, pica, paca,  guinea pig, gerbil, and a hamster. Here is a list of the top 10 coolest rodents. Check them out to know what makes them so unique. Some of them can even be kept as favourite pets.

Hamsters are native to Europe and North Asia and make great house pets. There are about 18 species of hamsters in the world. They generally like to stay solitary. They have a short tail and large cheek pouches for carrying food. They have a thick silky fur and come out at dawn to feed on seeds, fruits and vegetables, and even insects. They do not have very good eyesight but a strong sense of smell. It is one of the unique and coolest rodents on planet Earth.

Chinchillas are native to the Andes Mountains in South America. These rodents are slightly larger and more robust than ground squirrels. They can live at high elevations of up to 4,270 m in colonies called “herds”. Chinchillas are related to guinea pigs and porcupines. They resemble rabbits, with short forelimbs and long, muscular hind legs. Their ears are much shorter and rounder. They have large, black eyes and bushy tails. They are very active around dawn and dusk but sleep throughout the day.

Despite their common name, guinea pigs are not native to Guinea, nor are they biologically related to pigs! They make wonderful pets. Their ears are small and their eyes are set on the sides of their heads. They do not have a tail. Guinea pigs stay active during the day. Guinea pigs are very social animals. They like to live in herds, but also love human affection. They are typical herbivores. Sadly, they have been widely used as subjects in biomedical research worldwide.

The Gerbil is also known as the Desert rat. The gerbil family includes about 110 species of African, Indian, and Asian rodents, including sand rats and jirds. All these species are adapted to arid habitats. The most common species that are popular as pets is the Mongolian Gerbil. They are social animals and love to stay in groups. They are the most docile pets who rarely bite.

Squirrels are adorable, and extremely fun to watch. There are about 280 different species of squirrels inhabiting this earth. They have ever-growing front teeth. They are popularly known to hoard food in the form of seeds and nuts. They can run in a zigzag manner to escape from predators when they feel threatened. Squirrels can leap over distances 10 times their body size. They have double-jointed hind legs which make them skilled in running up and down trees very quickly.

The capybara is the largest living rodent on this planet. It is native to South America. They have pig-shaped bodies which are well adapted for life in bodies of water found in forests, and savannas. They have long and brittle reddish-brown fur. They are good swimmers and their toes are partially webbed for paddling around. They keep chewing almost continuously and can consume 2-3 kg of grass in a day!

A rare species, Pika is a small mountain-dwelling mammal found in Asia and North America. It has short limbs, a very round body, an even coat of fur, and does not have a visible tail. They resemble rabbits, but with short rounded ears. The American pica can live to heights up to 3000 m. They have thick fur to keep them warm during winter. Picas are generally herbivores and are vulnerable to predators.

Chipmunks are small, striped rodents found in North America. Only the Siberian chipmunk is found primarily in Asia. Chipmunks have large cheek pouches in which they store food. They love to hoard seeds and nuts like squirrels, and can one tiny chipmunk can gather up to 165 acorns in one day. They love to dig and can create burrows up to 20 feet in length. A group of chipmunks is called a scurry. Chipmunks feel most at home in logs, trees, stumps, shrubs, and rocks. Chipmunks are active during the day in the warmer months and remain in their deep burrow systems during the winter.

These cute animals are large ground squirrels native to Asia, Europe, and North America. Some species live in mountainous areas, even in the Alps. Marmots are big and chubby rodents with bulky bodies and short legs. They are very cute and furry animals and have short muzzles. Their ears are small and furry and they have bushy tails. All marmots closely resemble each other. They are herbivores that are active during the summer and hibernate underground in winters.

Beavers are the second-largest rodent in the world after the Capybara. They are large, nocturnal, semi-aquatic rodents. They have 2 species- the North American beaver and Eurasian beaver. Beavers are popularly known for building dams, canals, and burrow systems called lodges. They have thick fur, webbed feet and flattened, tails covered with scales. They can fell trees to build homes and dams with powerful jaws and strong teeth. They can swim and can also stay underwater for around 15 minutes at a time.

These are the coolest rodents that you can find on the earth. Rodents are experts at nibbling and gnawing with their long front teeth and powerful jaws. These mammals are found all across the world.