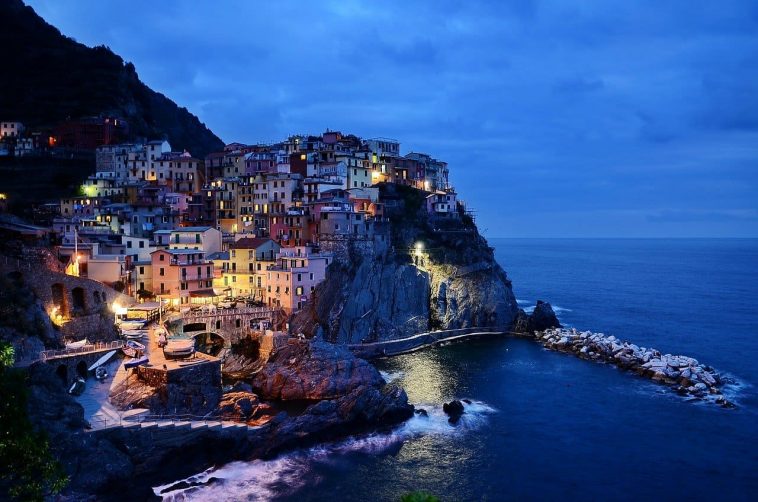 The world is a beautiful place with millions of amazing places to discover and explore. Seas, oceans, rainforests, deserts, volcanoes, snow-capped mountains, canyons, coral reefs-the the whole world offers a myriad of rich landscapes. Some countries, in particular, are endowed with rich scenic beauty, famous tourism attractions, diverse cultures, and incredible experiences. Below is a list of the best countries to visit before you die.

Countries to Visit Before You Die

The Galápagos Islands, a province of Ecuador, is a volcanic archipelago in the Pacific Ocean. It’s considered one of the world’s foremost destinations for wildlife-viewing and is the place where noted ecologist Charles Darwin developed his theories on evolution and adaptation. It has a diversity of plant and animal species, many found nowhere else.  97% of the archipelago comprises the Galapagos National Park. Witnessing a volcanic eruption can be common for visitors to the islands. The only species of penguins that can be found north of the Equator are found here.

Italy is a European country with a long Mediterranean coastline. It is a beautiful country with a rich ancient culture. It has left a powerful impact on Western culture. Its capital, Rome, is home to the Vatican and has landmark art and ancient ruins, like the Colosseum. Florence is another magnificent city with Renaissance masterpieces such as Michelangelo’s “David” and Brunelleschi’s Duomo. Venice, the city of canals, is renowned for its romantic gondola rides, carnivals, and St, Marco square. Milan is a global fashion and design capital.

Canada is ranked as the second-best country in the world behind Germany.  The country is home to vibrant culturally rich cities. It has beautiful landscapes and unique sites for travellers to explore along with incredible natural wonders. The Rocky Mountains and cities of Vancouver, Victoria, and Calgary are the tourist attractions in Western Canada. The mighty Niagara Falls, Toronto, Ottawa, Montreal, and Quebec City, are some of the most popular destinations in Central Canada. The magnificent Gros Morne National Park, along with the cities of Halifax and St. John’s, have their unique character in Canada’s Maritime Provinces in the east.

Finland is located in Northern Europe and is surrounded by Sweden, Norway, and Russia.  Helsinki, the capital city, is home to the 18th-century sea fortress Suomenlinna, and the fashionable Design District and diverse museums. You can visit the country’s Arctic Lapland province to visit the Northern Lights, which is a vast wilderness with national parks and ski resorts. Finland is one of the best places on the earth to witness the Aurora Borealis which is a once-in-a-lifetime experience for many. These colourful blazing lights appear on more than 200 nights a year in the Lapland province. You can explore Lakeland for a guided snowmobile safari is an exhilarating way. You can capture unforgettable memories and pics along the way as experienced crews guide you across frozen lakes and snowy forests.

Slovenia is a country in Central Europe. It is known for its mountains, ski resorts, and lakes. Bled is a small town on Lake Bled, which is a glacial lake, fed by hot springs.  It contains a church-topped islet and a medieval castle. Slovenia’s capital, Ljubljana, has rich baroque facades mix with the 20th-century architecture. It is also known for the iconic Triple Bridge that spans the Ljubljanica River. Istria is the largest peninsula in the Adriatic Sea and is known for its hilltop villages, natural beauty, and exotic cuisine. You can plan to visit the Plitvice Lakes National Park, known for its 16 lakes connected to waterfalls, alpine forests and hiking trails and walkways.

India is a southeast Asian country with a rich culture and history and varied flora and fauna. India is the most popular tourist destination in the world. It has a myriad of landscapes, extending from the snow-covered Himalayan heights to the tropical rain forests of the south. India is blessed with rich architectural marvels, glorious shorelines, and majestic forts and palaces. There is something for everyone here, ranging from adventure, culture, beauty, art, nature, and wildlife, and even Yoga and wellness.

Australia is renowned for its iconic beach spots and coastal adventures, amidst diverse landscapes and unique wildlife. You can plan to explore the Great Barrier Reef, and snorkel beside whale sharks. An Australian tour will offer a myriad of interesting activities ranging from island camping and rooftop cocktails. The Australian terrain has ancient gorges, pounding waterfalls and scattered bushland, with adventurous national parks. Just like the Northern lights, you can witness the Southern Lights or the Aurora Australis, in Tasmania. They illuminate the night sky with flickering shades of green, blue, purple and red, and can be viewed all year round.

The U.S.A is a North American country, comprising of 50 states, with Alaska in the northwest and Hawaii in the Pacific Ocean. It has several world-renowned cities. New York is a global finance and culture centre, and capital Washington, DC is another famous destination.  Chicago in the Midwest is known for its influential architecture. Los Angeles’ Hollywood on the west coast is famed for filmmaking. You can visit the majestic Grand Canyons in the Grand Canyon National Park in Arizona with river rafting, hiking, and camping. Las Vegas is a resort city famed for its vibrant nightlife in Nevada’s Mojave Desert. It has 24-hour casinos and other entertainment options, and its focal point is the Strip, which is home to themed hotels and elaborate displays.

Greece is located in South-Eastern Europe and is an ancient country with renowned architectural remains. Athens, its capital, was the heart of ancient Greek civilization. It still retains landmarks including the 5th-century B.C. Acropolis citadel with the Parthenon temple. Greece is also known for its beaches. Santorini is famous for dramatic views, stunning sunsets from Oia town, the whitewashed cubiform houses in its town of Thira and an active volcano. Crete is known for its fine-sand beaches at Elafonisi and the White Mountains. They have Mt. Ida which is the tallest of the range. It was considered to be the home to the Ideon Cave, which was the birthplace of Zeus.

Croatia is located at the crossroads of Central and Southeast Europe, on the Adriatic Sea. From the golden shores in the South Dalmatian islands to the top of Dinara, the highest peak in the country, through swamps filled with wildlife in Posavina or the Mediterranean richness of the forests in Mljet, Croatia has endless natural beauty. Croatia has a wealth of beautiful beaches and some of the most beautiful locations like the white sandy Brac Island, or Paradise Island. The country is known for its mystic culture and several UNESCO World Heritage sites. It is one of the best countries to visit before you die.

These are some of the most beautiful countries that you should visit before you die. Each has its unique landscape and will offer you an experience of a lifetime.

Countries to Visit Before You Dietop10