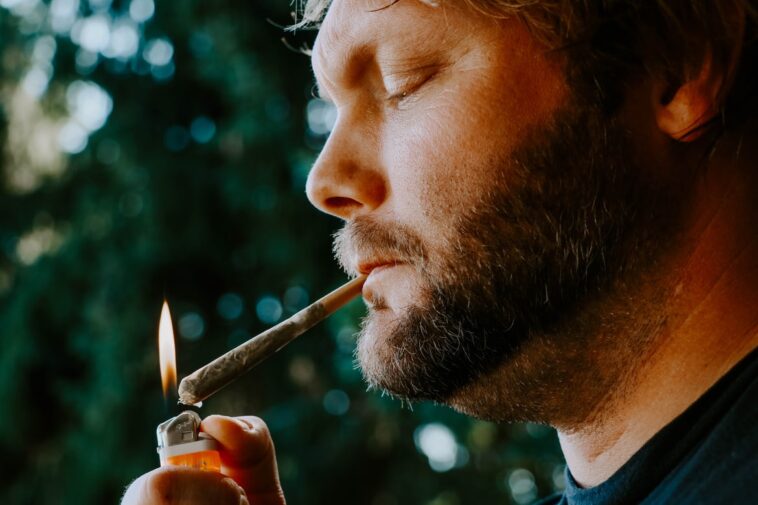 Weed restrictions and regulations aren’t fun for anyone, and America’s policies around cannabis have long helped them target certain racial groups and minorities. It may be enough reason for any weed enthusiast to want to move somewhere with better policies and a more relaxed approach to the herb, but what even are your options?

Well, there are multiple countries all over the world that are loosening their grip on the recreational use of weed, and over a dozen of them around the world have done so to varying degrees. Cafes in the Netherlands were allowed to stay open during the 2022 lockdown so they could sell weed, and were even classified as an essential business. On the other hand, people over 18 can safely carry around under 30 grams of the stuff for private use in Canada – you can even grow your own weed in the country!

So without any more delay, let’s talk about countries where weed is legal and you can light up a joint without a worry in the world.

This country doesn’t allow you to carry weed to your home, but cafes and shops that sell weed allow you to smoke up pretty easily. They stood out for how they let businesses selling weed to operate during the pandemic and termed them as essential businesses, which we suppose makes sense when you think about how much it might help people cope with stress during various lockdowns.

Any shop selling the drug has a weed symbol on the walls or in the sign, telling people that the herb is available for sale here.

In this country, you can carry up to 30 grams of weed for private recreational purposes, and even grow up to four plants in your own home. The catch is that you need an actual license and the proper registration to sell it, and you can also only buy from licensed sellers.

We suppose that this is actually a great thing – not only is weed legal to carry around or use, but this way the government can maintain quality and make sure people are getting it from safe sources. This doesn’t stop businesses like metimebox.com to flourish in the country, that sell weed and all related accessories.

In this country, you can freely carry weed and use it for medical or religious purposes. Rastafarians can carry an unlimited amount of weed without any limitations, mainly because of how significant it is in their religion, which originated in Jamaica in the 1930s and has now taken root in the country as both a new religion and a social movement.

This said, Jamaica decriminalized weed pretty recently though – just in 2015 – but it doesn’t sound like they’re doing too bad.

If you want to smoke marijuana in Uruguay, all you have to do is register yourself as a buyer with a regulator. After that you can get weed from any pharmacy in the country, but you can’t buy it from anywhere else.

Uruguay is actually one of the first countries to legalize the use of cannabis for private and recreational purposes, back in 2013.

This country is a bit unique. While you can’t buy or sell any marijuana here without risking trouble, you can grow up to 20 plants yourself for personal use.

Even a single plant can get pretty huge in here because of the climate, and you’re allowed to carry upto 20 grams of weed legally.

South Africa decriminalized marijuana in 2018, and it is now one of the best countries for anyone who’s a fan of cannabis. This is because of its lenient policies when it comes to dealing with weed.

You can carry up to 600 grams of the stuff for private use, and there are no restrictions about growing it either. That said, there are some restrictions when it comes to selling weed and using it in public spaces, but it’s a pretty chill country, everything considered.

Belgium allows people who are 18 or older to carry up to 3 grams of marijuana and use it for recreational purposes, but you still need to be discreet and aren’t allowed to smoke in public.

While legal, the drug is not very normalised, and you may get some looks for it in some of the smaller cities.

In a bid to focus more on public health and wellbeing instead of controlling what they did, Portugal decriminalised the sale, purchase, and use of all kinds of drugs – including marijuana.

You can carry up to 25 grams of weed for personal use in the country.

Spain legalized smoking marijuana in smoking clubs and on private properties a long time ago, and as long as you keep your weed to yourself no one is likely to bother you.

Be careful though – it might be legal to smoke weed and have fun, but it’s not legal to import the drug or sell it. You can grow your own and smoke it, or go to smoking clubs and other spaces for the purpose.

Carrying around up to 15 grams of marijuana is legal in this country and you won’t face any problems for it, but most of the weed is imported, which is why it can be pretty expensive.

But if you’re going for security and risk-free smoking, it might be worth it.

If you plan on travelling to any of these countries, or are moving to any other, make sure to check with a professional what the weed regulations are and whether smoking weed is legal where you’re going or not. The last thing you want is to get in trouble for something harmless, and that too in a foreign country where you wouldn’t even know who to ask for help!