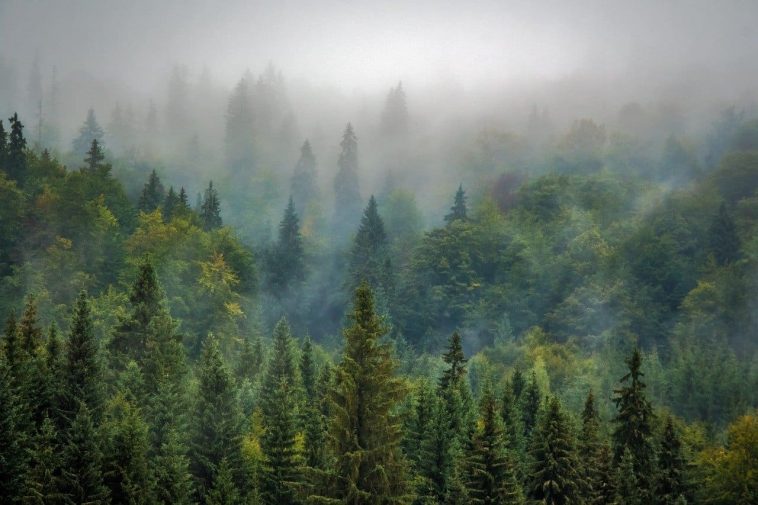 Humans and wildlife on planet Earth rely on forests for the survival and the importance of forests can’t be underestimated. It primarily provides habitats for animals and livelihoods for humans that include the air we breathe and wood we use. Forests also provides watershed protection, prevent soil erosion and mitigate climate change, however, despite these features, we are allowing them to disappear in the form of Deforestation which has its own negative impacts on the environment. There are numerous species which are losing its home and approximately 70% of the land animals and plants live in forests. Let’s discuss the geographical location of all the forest in the world, The following list contains the 20 countries with the largest forest area in the world, along with the percentage of the total land area of the country,

Countries With the Largest Forest Area

Russia has the largest forest cover in the world with over 8,151,356 square kilometre which is 1/4 of the world’s reserves of wood. Forests of Russia represents 45% of the total area of the country and it includes mainly coniferous tree species (pine, spruce, larch, cedar). With more than 20% of the world’s untouched forests are in the Russian Federation and the cover is increased in the country since 1990.

The forest fund of Russia is divided into four parts, first is Waterproof reserve or recreational forests where only sanitary felling of trees carried out in order to improve the overall condition of the forest. Second is Forest areas where selective cutting is allowed but it should not affect the volume growth for the year. The third is, Operating forests which can be used for clear-cutting and the last one is the Timber industry.

There is a drastic change in the forest cover of the country between 1990 and 2010 were, Brazil has lost an average of 2,765,850 ha or 0.48% per year which is alarming and the administration needs to take proper steps to conserve forests. The forest cover needs to protect in order to preserve 3636 known species of amphibians, birds, mammals and reptiles living in the Amazon forests of Brazil.

Also Read: Top 10 Most Amazing Galaxies in the Universe

Canada has its 30% of its land area is covered by forests with over 3,473,020 square kilometres of land area which is 9% of the world’s total forest area. The parameter used by Canada is the Food and Agriculture Organization of the United Nations for the motive of forest inventory reporting. Approximately half o the country has been covered in forests and they are mostly located in eight regions Acadian Forest Region, Boreal Forest Region, Coast Forest Region, Columbia Forest Region, Deciduous Forest Regional, Great Lakes-St. Lawrence Forest, Montane Forest Region and Subalpine Forest Region.

The United States is one of the countries with largest forest area and it is estimated that before European settlement, forests in the United States covered nearly 1 billion acres (4,000,000 km2), howvever, now approximately 3,087,200 square kilometres of the area is under the forest cover of Unites States. Forests in the country defer in terms of density of trees, type of vegetation and type of animal life. Climate conditions in the country prefer growth of marshlands, temperate forests, alpine forests as well as scrub vegetation in the desert regions, howvever, most of the areas in the country is preserved as national parks and State Parks by teh authorities.

The Democratic Republic of the Congo holds the largest share of forests among the Congo nations with over 1,541,350 square kilometres of land covered in forests. Forests of the country are home to 10,000 species of plants, 409 species of mammals, 1117 bird species and 400 species of fish. Lowland humid tropical forests are the major part of forests and listed as the second-largest intact block of tropical rainforest left in the world. The Democratic Republic of the Congo forest cover has been divided into several ecoregions such as Atlantic Equatorial coastal forests, Western Congolian swamp forests, Eastern Congolian swamp forests, Central Congolian lowland forests and Northeastern Congolian lowland forests.

According to the report generated by the U.N, 21.9% of total land or 2,006,103 square kilometres is covered by forests, However, only 5.6% which will be 11,632,000 square kilometres is considered as the primary forest in the form of biodiverse and carbon-dense form of forest. Between 1990 and 2010, China lost approximately 2,486,000 square kilometres of forests but the good part is that it gained 31.6% of its forest cover. The country is home to 2487 known species of amphibians, birds, mammals and reptiles and the unique part is that the 19.7% are endemic which means they are only seen in China and no other country.

Australia is one of the driest continents in the world but still has a sort cover of 1,232,110 square kilometres and listed as one of the countries with the largest forest area. 19% of the total land area of Australia is covered under forests and major trees include hardwoods, typically eucalypts, rather ‘ than softwoods like pine. Australia is known to have seven native forest types that include Rainforests, Melaleuca forests, Eucalypt forests, Casuarina forests, Callitris forests, Acacia forests and Mangrove forests. Australian state and authorities are responsible for managing forests, howvever, they will be given guidance by the 1992 National Forest Policy Statement (NFPS).

Indonesia is listed as one of the countries with largest forest area because 52.1% or about 94,432,000 ha of Indonesia is forested where around 50.0% ( 47,236,000 ) is classified as the primary forest that consists of a biodiverse and carbon-dense form of forest. The country has known to have 3305 known species of amphibians, birds, mammals and reptiles living int those forests. Deforestation is one of the primary problems of Indonesia and authorities need to work toward conservation and preservation of the species.

Peru is one of the countries with the largest forest area with 53.1% or about 67,992,000 ha of Peru is forested, according to the data published in U.N. FAO. Around 88.5% of the total land area is declared as a primary forest which is known for its bro diversity and carbon-dense form of forest. The country is also known to have 993,000 ha of planted forest. Deforestation being a global problem is also impacting Peru because it lost an average of 108,200 ha of forest every year between 1990 and 2010. The country is popular for its 2937 known species of amphibians, birds, mammals and reptiles according to figures from the World Conservation Monitoring Centre and around 16% of these are endemic that can be only seen in Peru.

India has its major forest located in rural areas and is one of the ten countries with the largest forest area. If we combine the top 10 countries forest area it will be around 67 per cent of the total forest area of the world. India is one of the countries that have seen major growth at 0.20% annually over 1990–2000 and later in the at the rate of 0.7% per year over 2000–2010, however, now, deforestation is one of the major concerns in the country that needs to be acknowledged and worked in by the government authorities. The forest cover of India is 708,604 square kilometre which is 22% of the country’s area.

These are the geographical location of all the forest in the world with the list of countries with the largest forest area. Kindly share and do post your comments.