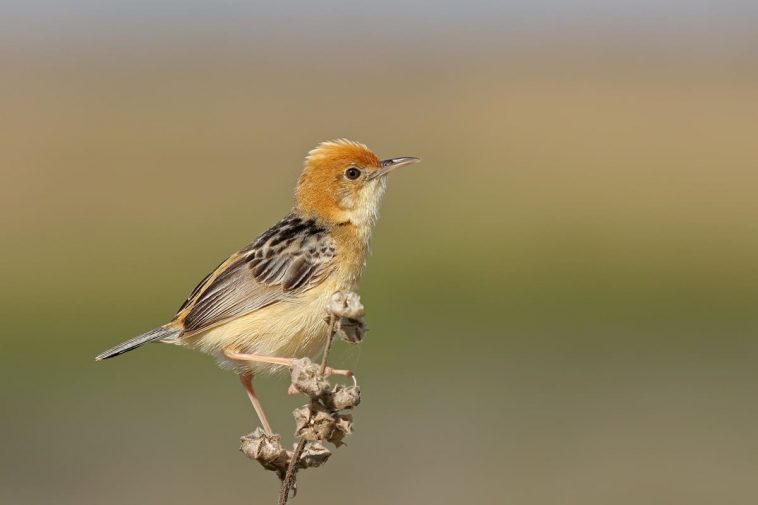 These flying species of the vast animal kingdom are popular for their colors and sounds. A flock of birds in the sky is a beautiful sight. Add to it their amazing colors and a dash of cuteness; you get the most adorable creatures that can take your heart away with just a nod of their small heads. Yes, some birds are really cute-beautiful, attractive, and even some birds are funny in appearances. Below is a list of the cutest birds on our planet that can put an instant smile on even a sad face.

These cute birds have rightly been called “clowns of the sea” due to their cute appearance. These penguin look-alike birds are small seabirds that belong to the family of auks. Atlantic puffins are about 10 inches long and have large, bright orange beaks on their large heads. They have black and white markings on their plumage and white bellies. They have waterproof feathers that keep them warm while swimming underwater or floating on the ocean’s surface. Puffins are excellent divers and can fly very fast, reaching speeds up to  55 mph. An adult puffin can flap her wings at 400 beats per minute. 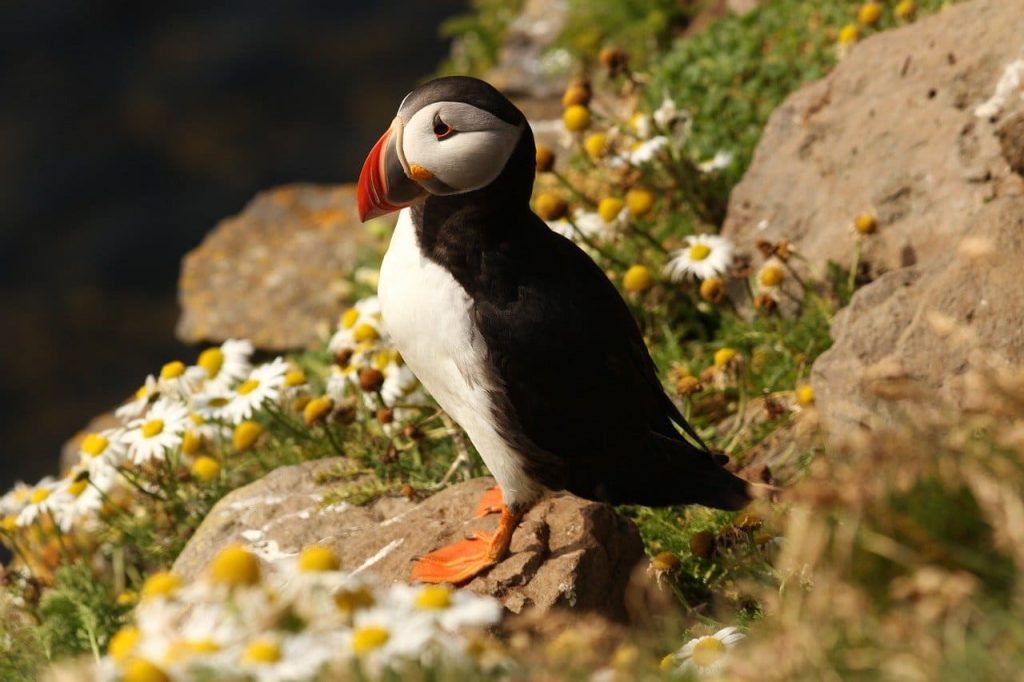 The Tropical Parula is a small warbler, widespread in the tropical regions. They can be found from Mexico to central Argentina. They are a small warbler, with bright and boldly patterned bodies and a short tail. Males have a darker face and brighter yellow-orange chest than females. They have a sharp, black, and yellow beak.  The main feature of a Tropical Parula is a black mask between the bill and eyes that gives it a cute appearance. They have thin, pale yellow legs with two white wing bars. The tropical parula has a buzzy trill that is high and unique. 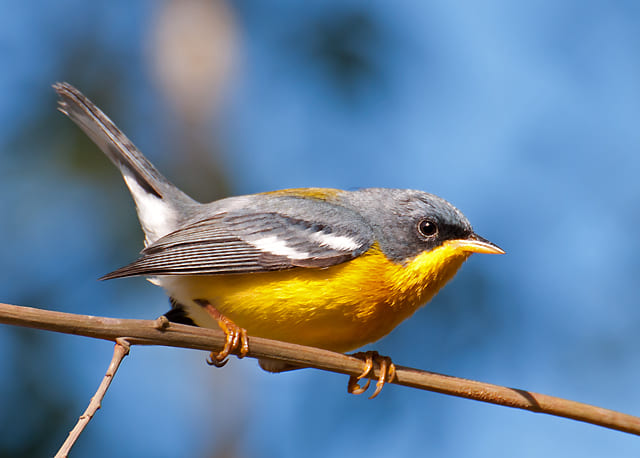 The Peach-faced Lovebirds are abundantly found in South-west Africa. You can find them in large flocks of 10 to 30. These are the most colourful birds that come in various colors like yellow, violet, white or orange-faces, and even in striking Dutch blues and mauves. They can vary lovable pets with a fun personality. They are easier to tame than most lovebirds, and can mimic and imitate noises and can even whistle. 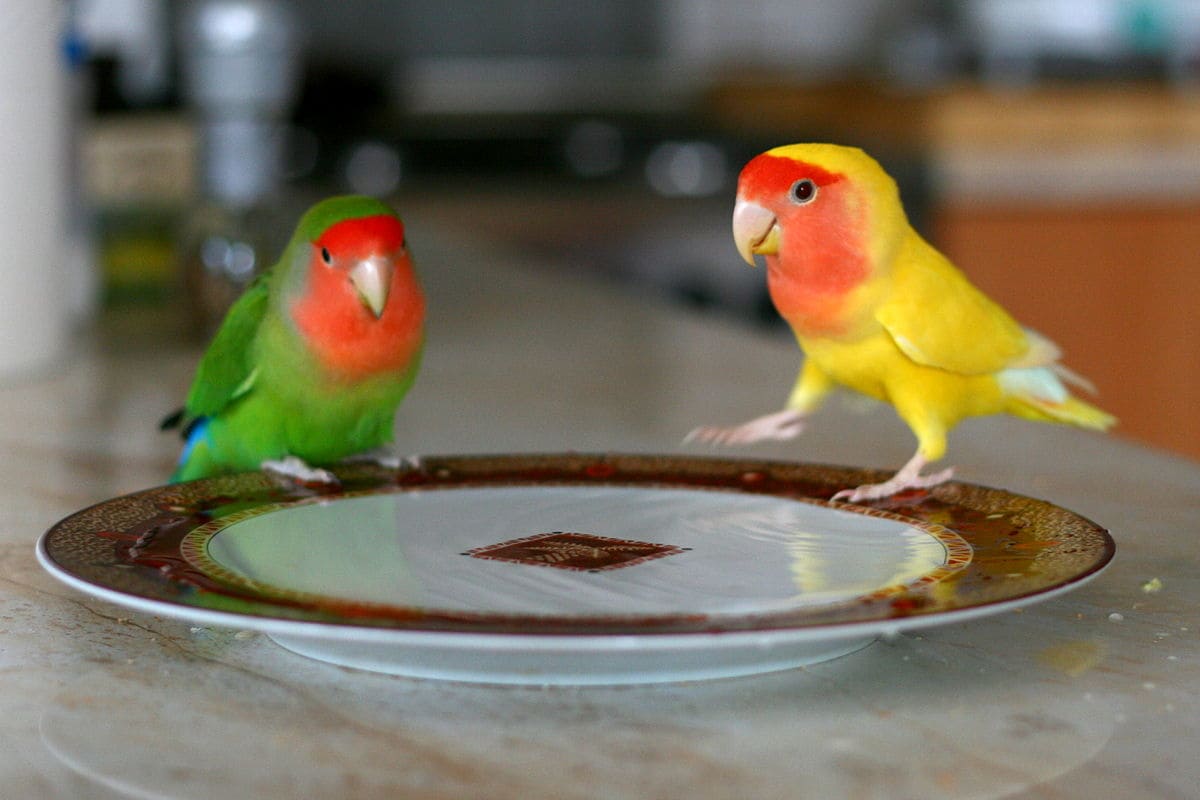 The Rainbow lorikeet is a very colourful and attractive species of parrot found in Australia. They are sweet-natured and are vibrantly hued in brilliant colors of the rainbow. They can be about 30 cm in length and have a bright red beak and a colourful plumage. They can be commonly found along the eastern coast, from Queensland to South Australia, in the rainforests, and woodland areas. These birds have an appealing blue head and belly, and green wings and tail with an orange or yellow breast. These birds fly in fast-moving flocks, making a lot of noise as they fly. 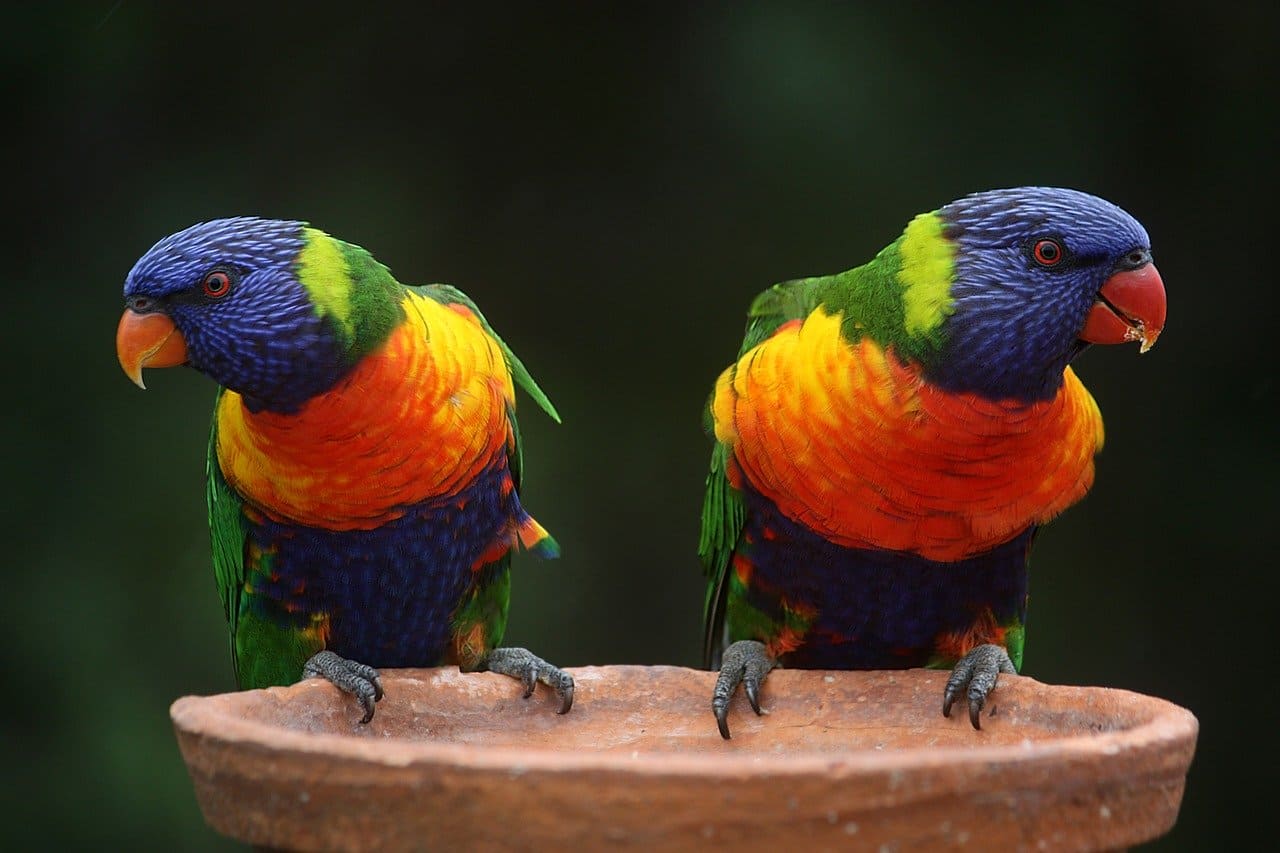 The Northern Cardinal is a mid-sized songbird that can be up to 9 inches long. This bird has a distinct crest on its head. The face has a mask colour on the face which is black in the male and grey in the female. The male has vibrant red feathers, while the female has a reddish olive colour along with their wings, tail feathers, and crest. These birds have a cute appearance and funny behaviour as well. These birds mate in the late winter or early spring. It is during the courtship period that the male offers the female a seed, as part of the selection process. In summers, you can find these birds in your backyard with their sweet whistles in the morning. 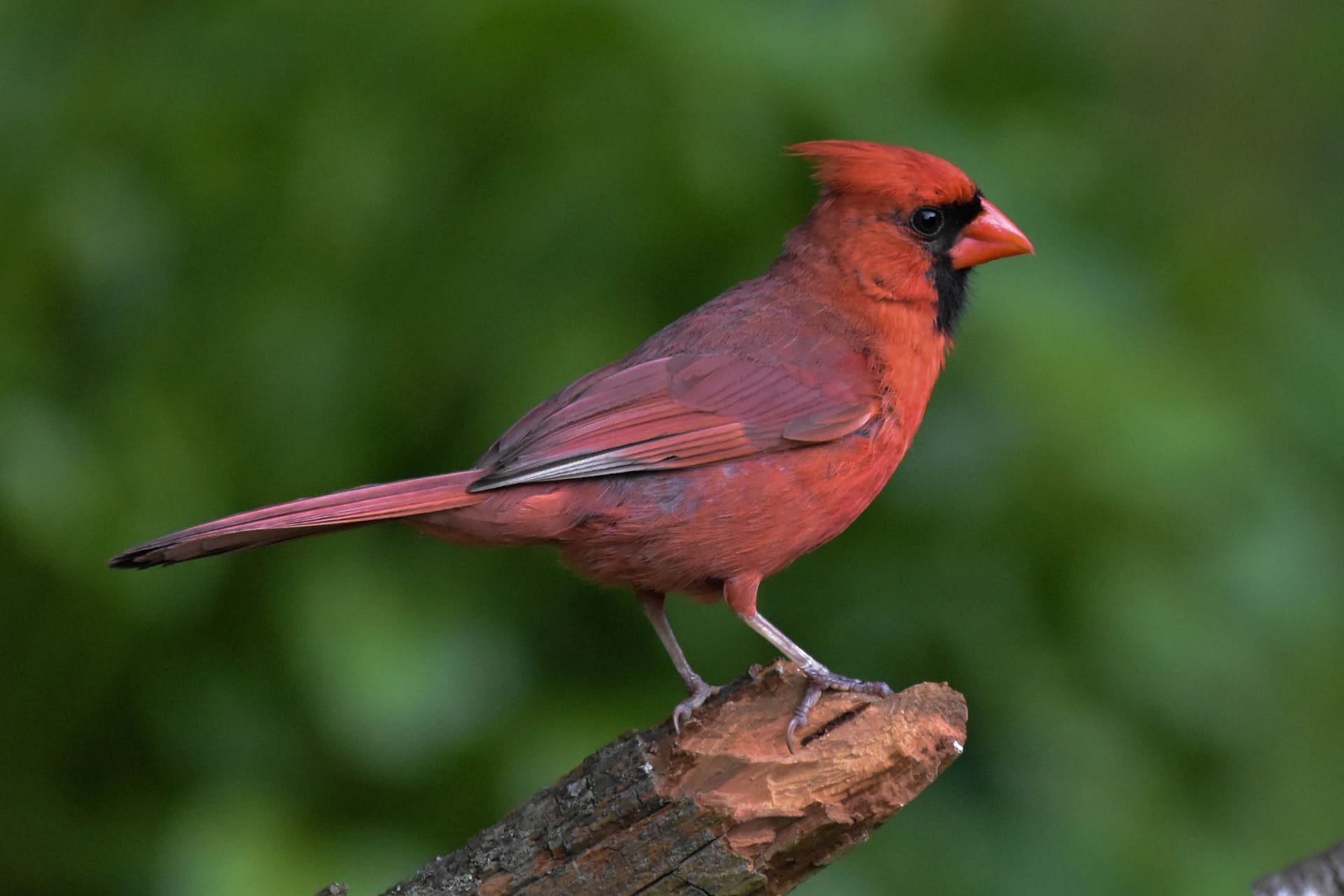 The American goldfinch is a small North American finch bird. It can be found migrating from Alberta to North Carolina during the breeding season. The goldfinch’s main habitats are weedy fields and floodplains. You can also found them in fields, roadsides, orchards, and backyards. These small birds also visit garden feeders any time of year, especially during winters. Adult males are bright yellow with a black forehead and wings in spring and early summer that is the breeding season. Adult females are olive-coloured above and dull yellow beneath. In winters, these birds drape a dull brown colour with blackish wings.

Also Read: Types of Hummingbirds In The World 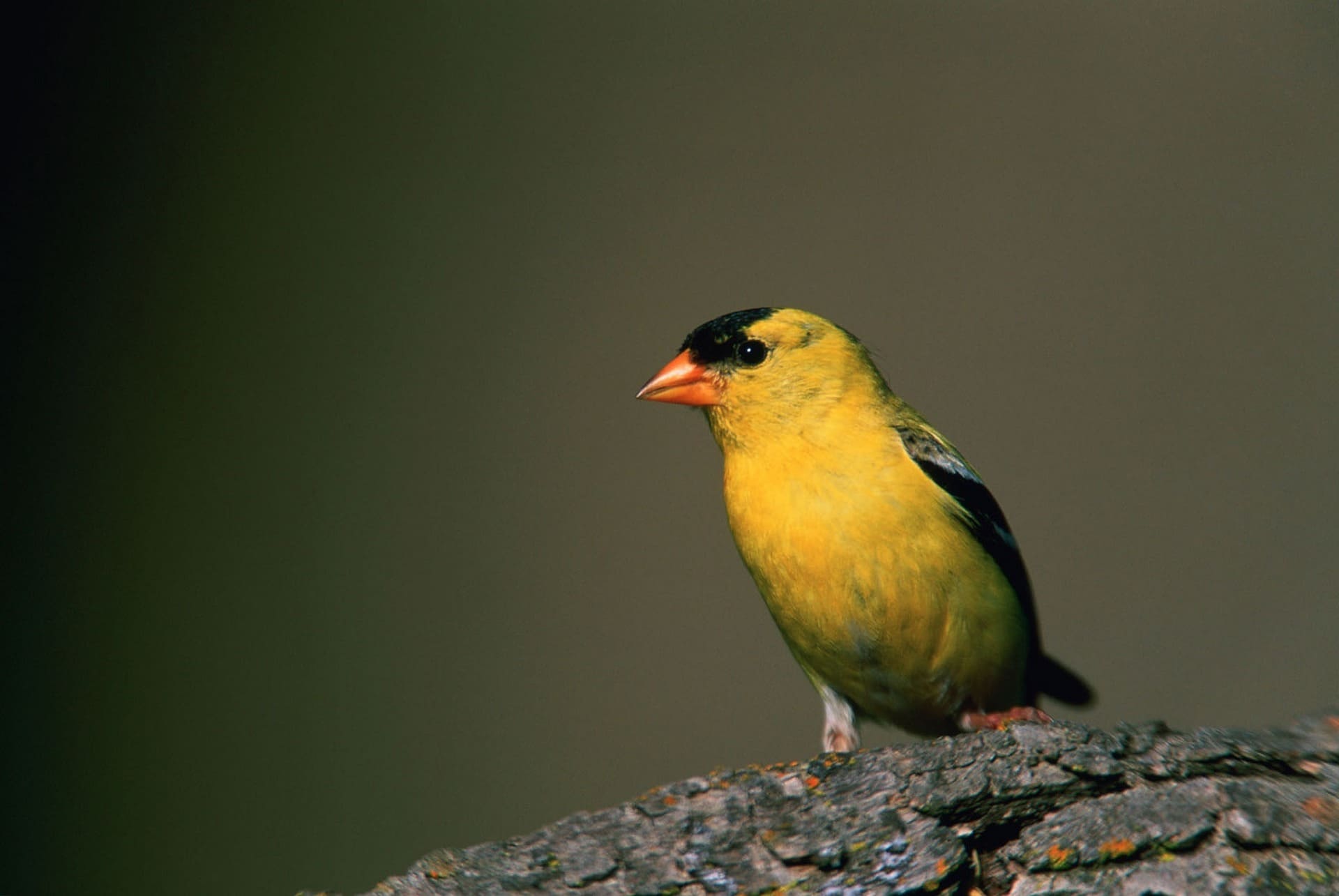 The Mountain Bluebird inhabits large parts of North America and is often found at heights above 7,000 feet. These are beautiful bluebirds whose vibrant blue colour is more of an optical effect rather than pigmentation. The bird has a distinct structure of the feathers that makes the light falling on it a beautiful blue to dazzling the eyes of the watcher. These bluebirds live in the open country and are not shy of humans. You can find them perched on treetops, fence posts, and even power lines. 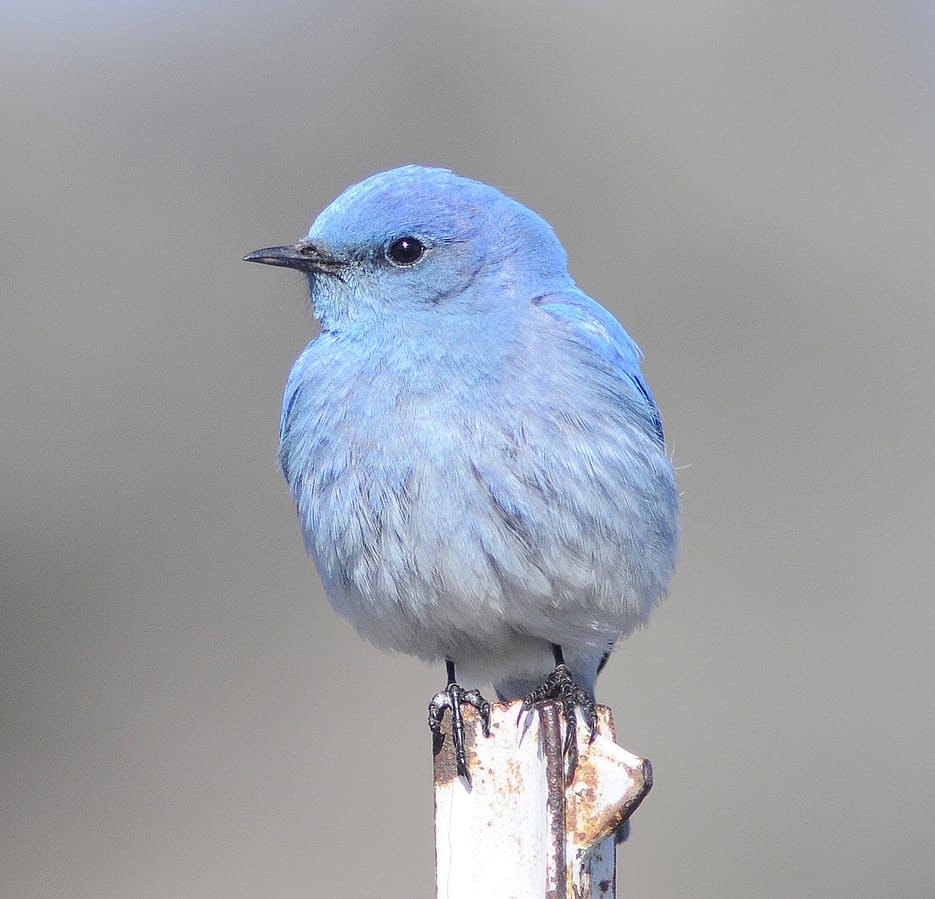 One of the cutest birds in the world, The European Robin, or the British Robin Redbreast, is native to the British Isles. It is the national bird of Britain and is a small bird, related to the thrush family. It has a cute appearance with a plump body with a bright orange-red breast, face, throat, and cheeks edged with grey, a white belly and olive-brown upperparts, and a very sweet trill. It is familiar throughout the year and turns around especially at Christmas! Robins sing nearly all year round and can sing even at night under street lights on the roads. 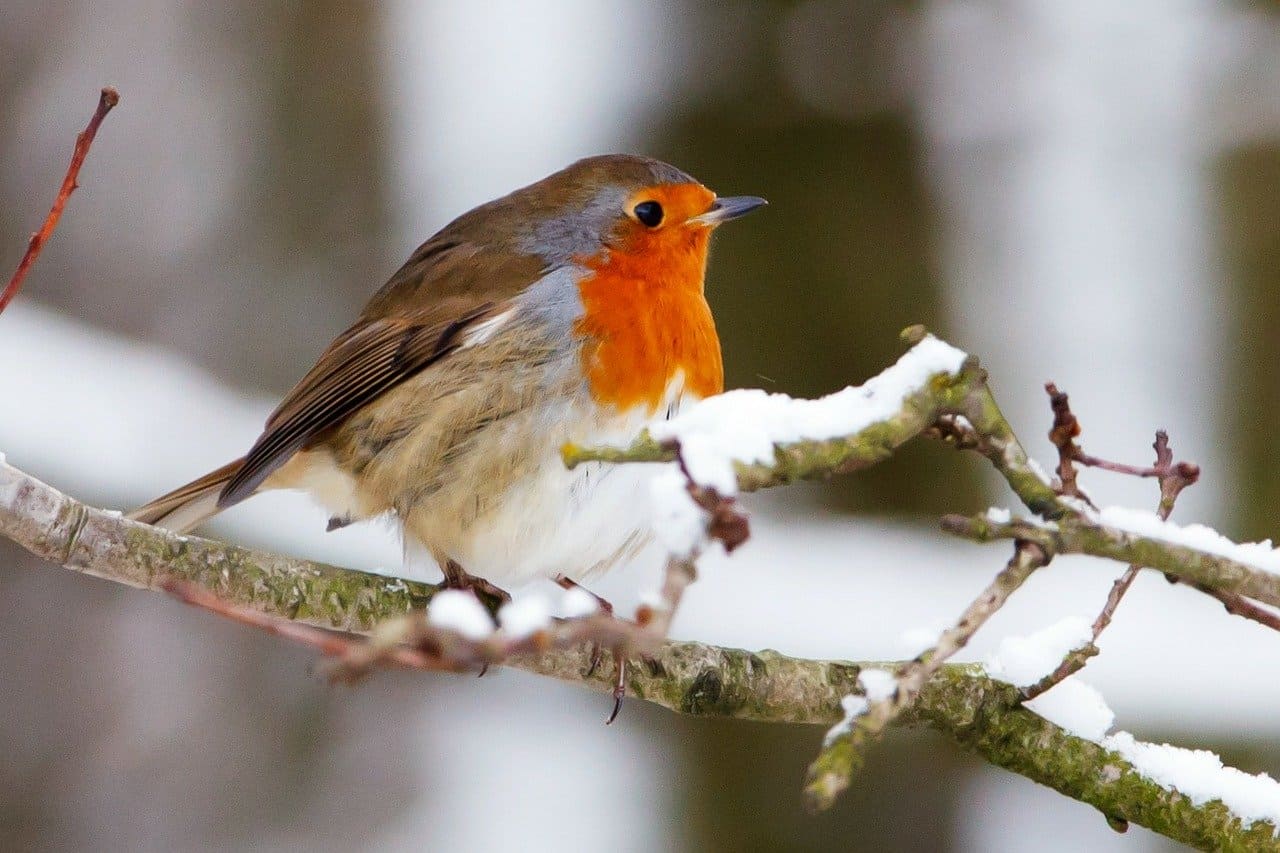 These are the cutest ever birds that you can find anywhere. This particular species is only found in Hokkaido, Japan. They are tiny birds, just about 15 cm long. They look like soft, fluffy balls of white fur, flittering through the trees and bouncing around branches. These birds are highly loved by the Japanese, who call them Shima enaga. Their most funny feature is that they have distinct black “eyebrows over their eyes. As the birds mature in age, they lose these eyebrows. Now, these birds are left with a tiny white face making them look like little snowmen. 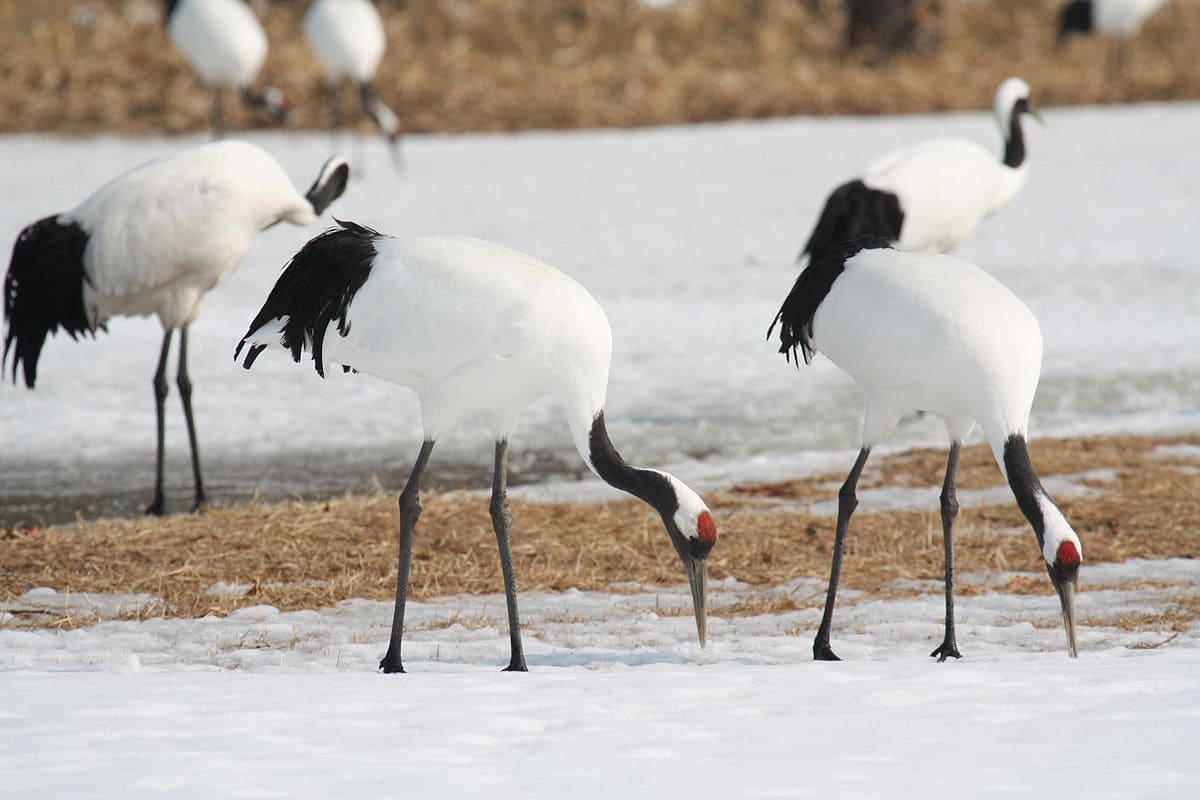 The Bearded Reedling is another small-sized, cute bird, found across Europe and Asia all the year long. They are small in size and can easily fit into your palm. You can easily identify them by their tiny, egg-shaped, fluffy body and feature black moustache-like markings from under their eyes down to their throats. They have a long tail with black streaks beneath their tails. These birds rest on reed branches by doing a split. It is one of the cutest birds in the world. 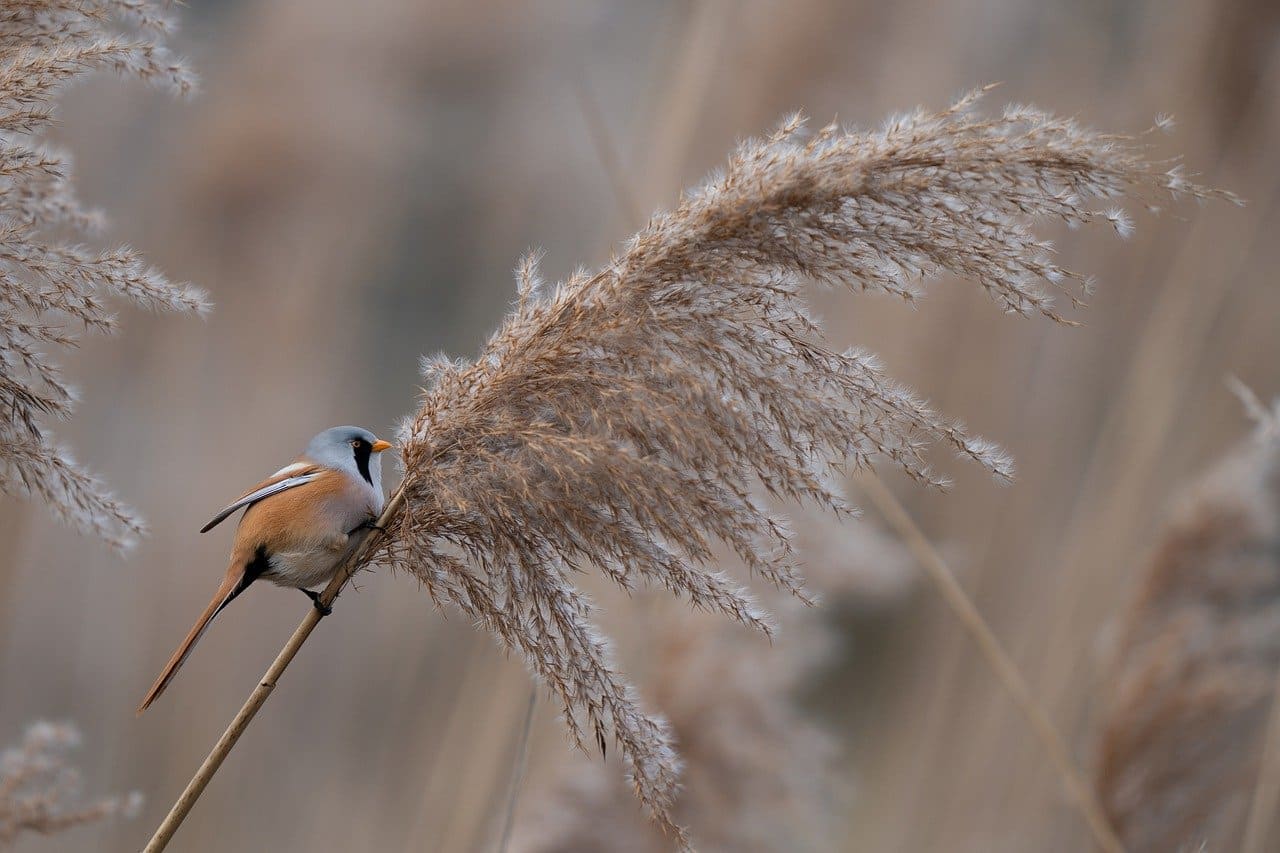 The bee hummingbird is the smaller bird in the world and it is quite smaller than other hummingbirds. Talking about the appearance, it looks rounded and plump. Male species has a green pileum and bright red throat, howvever, the female ones has bluish-green with a pale grey underside. These cutest birds are mostly seen in the entire Cuban archipelago including Isla de la Juventud in the West Indies. It loves to thrive in the dry forest equipped with bushes and lianas. The bird species is sedentary and only make short distances of travel to the nearby islands. 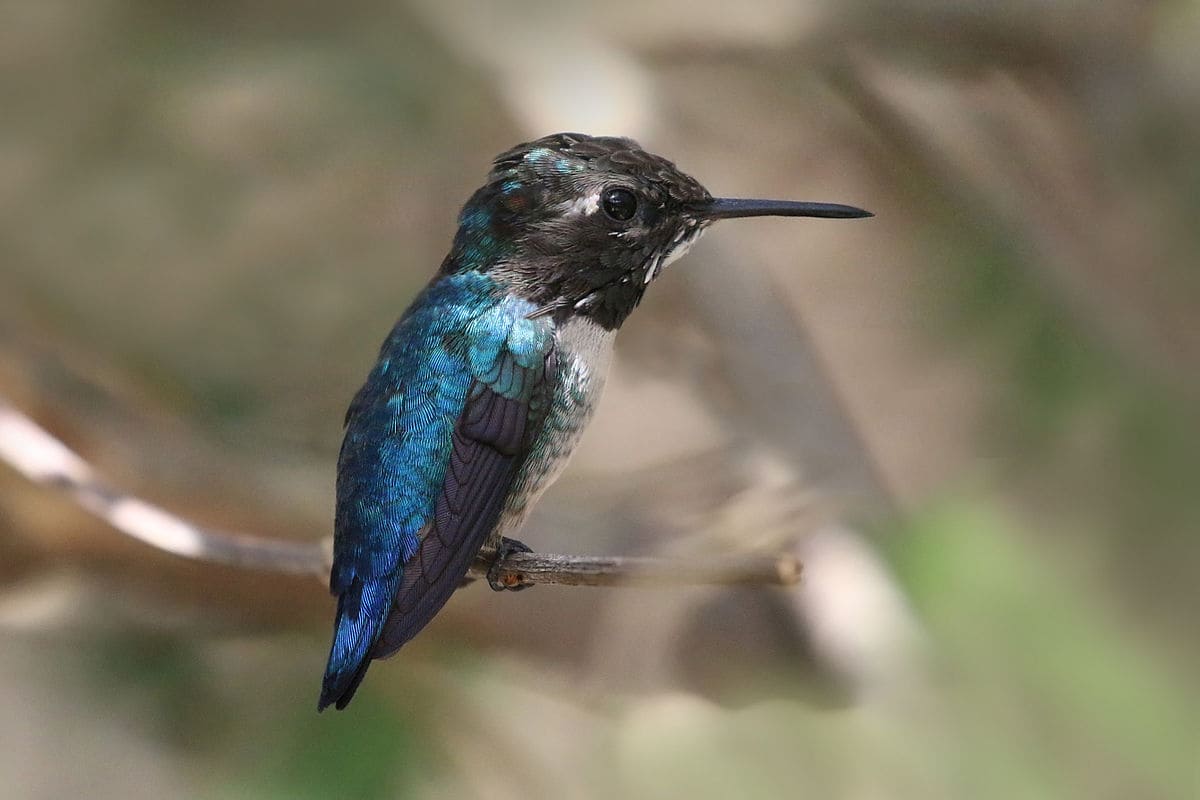 Weebill is one of teh small and cutest birds that belong to the family Acanthizidae. The bird is native to the mainland Australia that can grow upto 8 to 9 cm long and also listed as the Australias smallest bird species. Talking about the appearance, Weebill plumage is nondescript and the upperparts are olive-grey. The bird was initially described by John Gould in 1838 and also 4 subspecies were recognised. 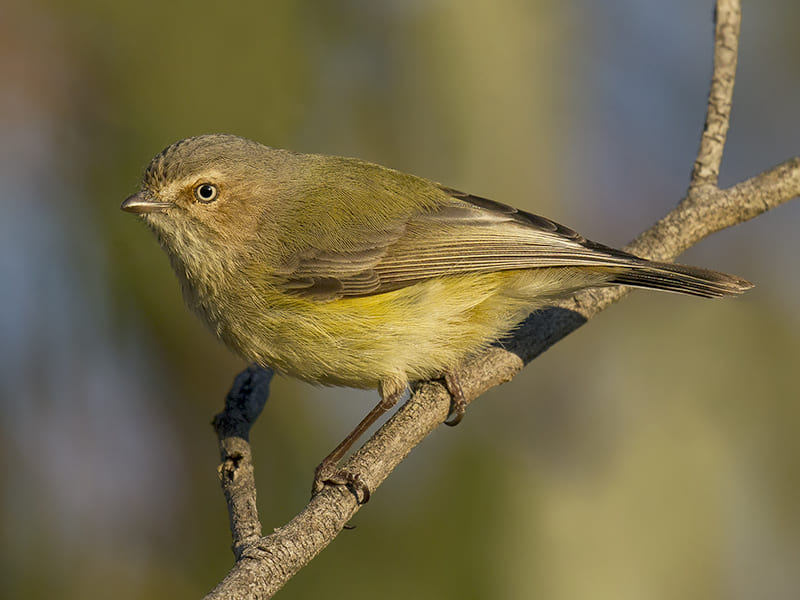 Along with Weebill, Spotted pardalote is also one of the cutest Australian birds that can grow upto 8 to 10 centimetres in length. Also, it is one of the most colourful birds which is also known as the diamond bird. Currently, three subspecies of Spotted pardalote has been recognised. It is mostly seen in the northeastern Queensland and prefers drier inland regions of southern Australia. 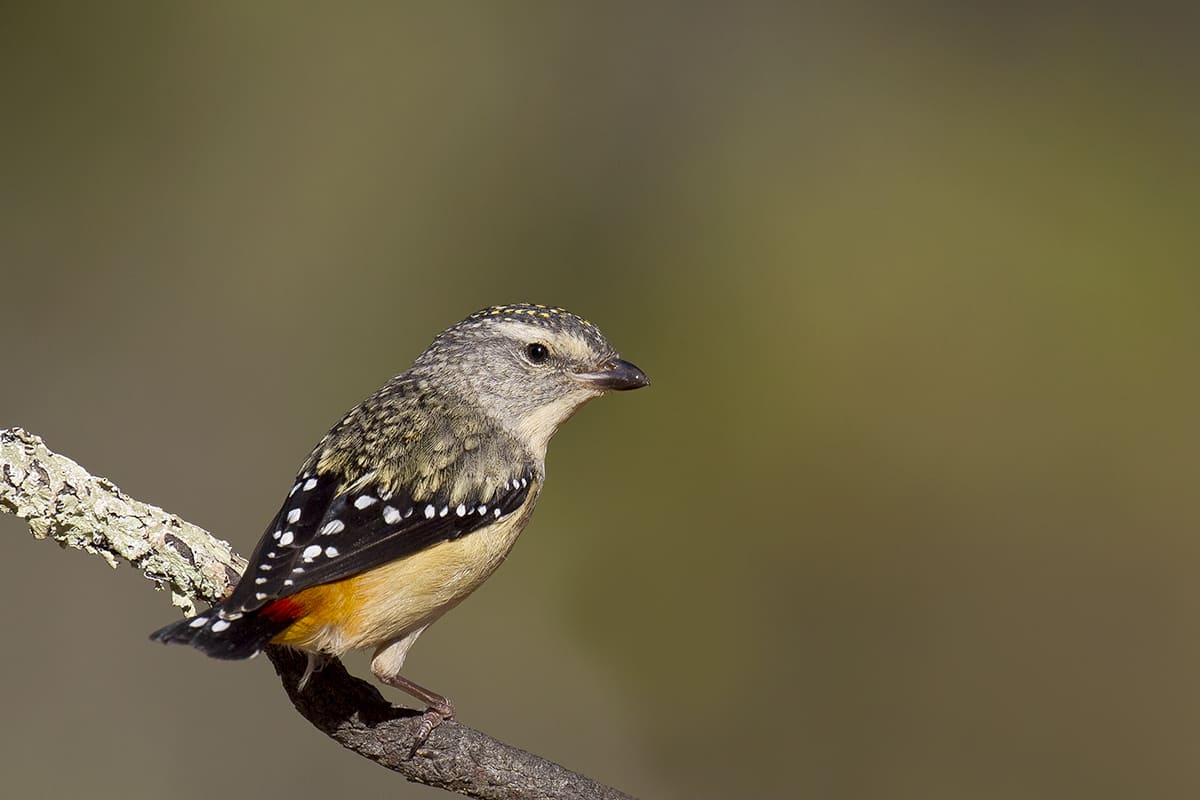 Golden-headed cisticola also known as the bright-capped cisticola that belongs to the family Cisticolidae. The bird species were seen in Australia and 13 Asian countries as well. Talking about the appearance, the bird species is brown and cream in colour, however, they have different appearance during the mating season. It is omnivorous and make numerous vocalizations and hence known as the “finest tailor of all birds”. The bird species was first described by the naturalists Nicholas Vigors and Thomas Horsfield in 1827 and given the binomial name Malurus exilis. 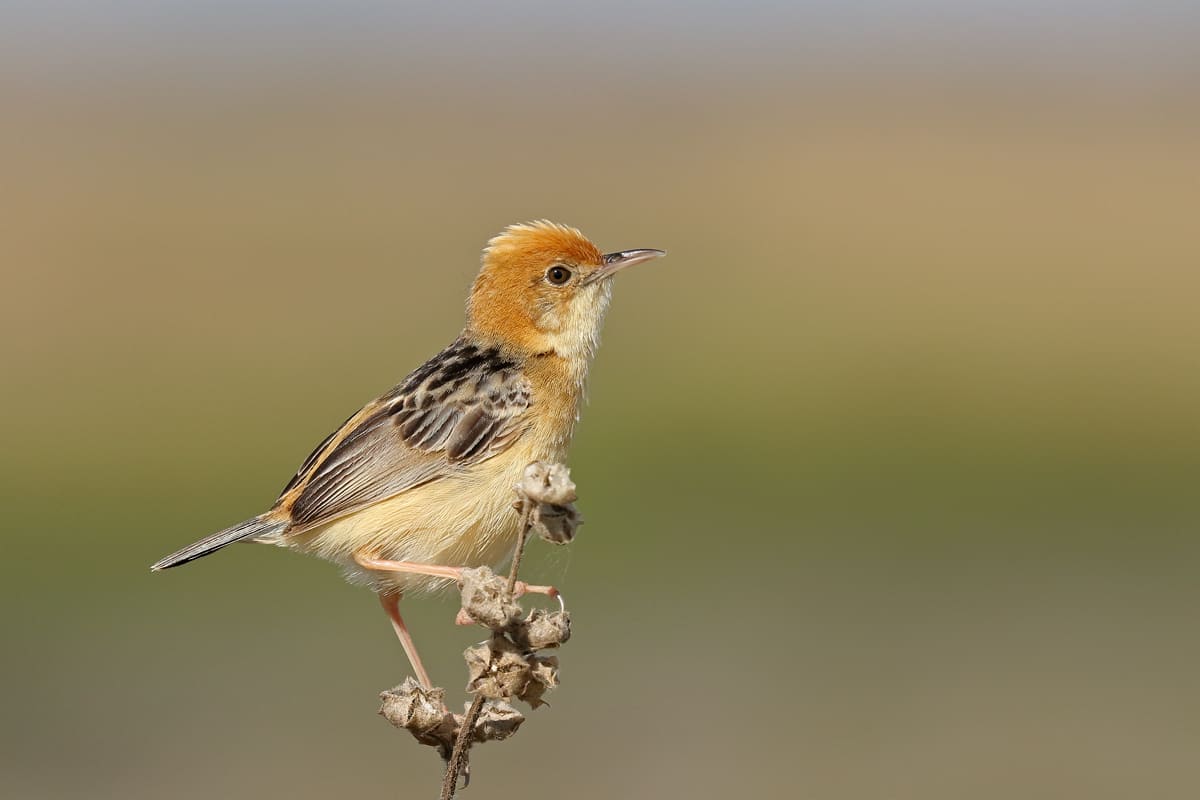 Goldcrest is the smallest bird of Britain that can grow upto 5-6 gm and weighs 7-12g. The species is widespread throughout Europe and also seen in the regions of the Himalayas and Japan. Despite its small size, it is one of the highly migratory birds in the world who arrive on the east coast of Britain every autumn. 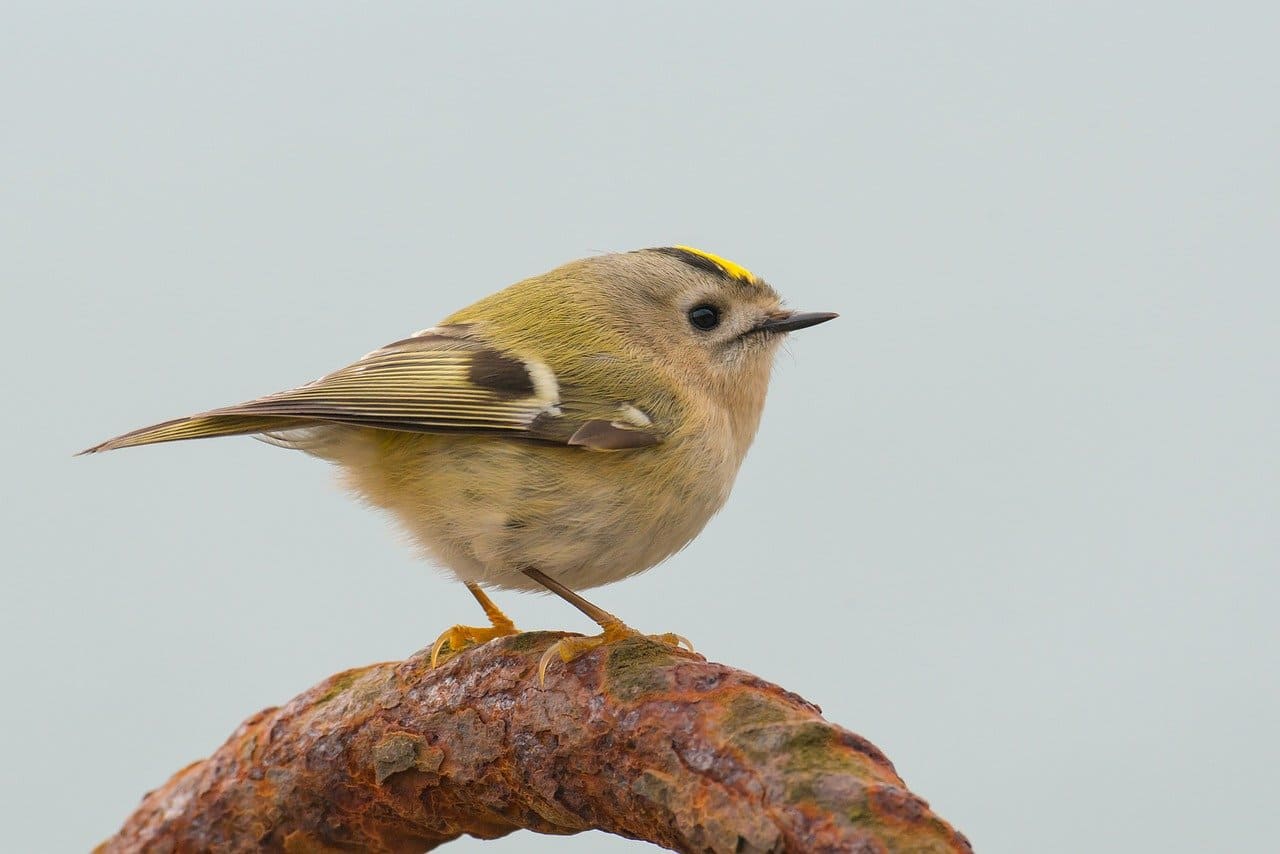 Brown gerygone is also known as brown warbler is one of teh cutest birds native to eastern coastal Australia. Talking about the appearance, the upper part of the bird is deep olive-grey or olive-brown, however, the face and underparts are paler grey or cream in colour. The bird species can grow upto 10 cm in length. 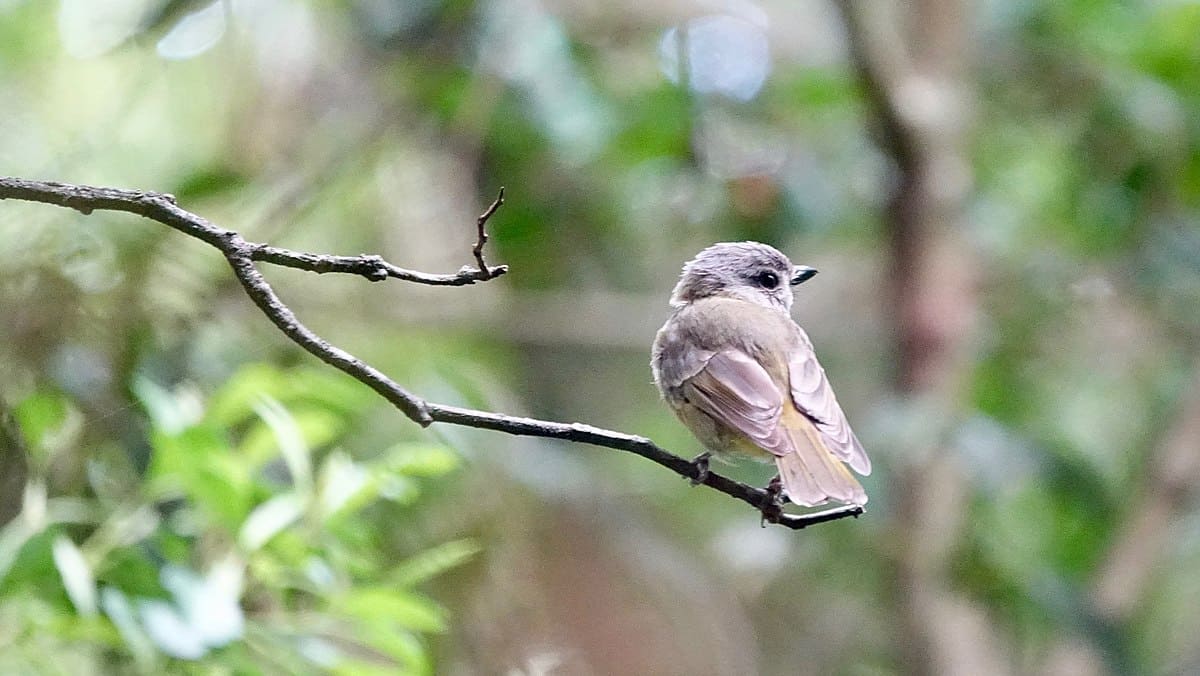 These are some of the cutest and adorable birds that you can find in different corners of the world. There are other members of the bird kingdom like hummingbirds, goldcrests, wrens, and sparrows that are equally adorable as well. The range of cuteness varies from bird to bird and across one region to the other.