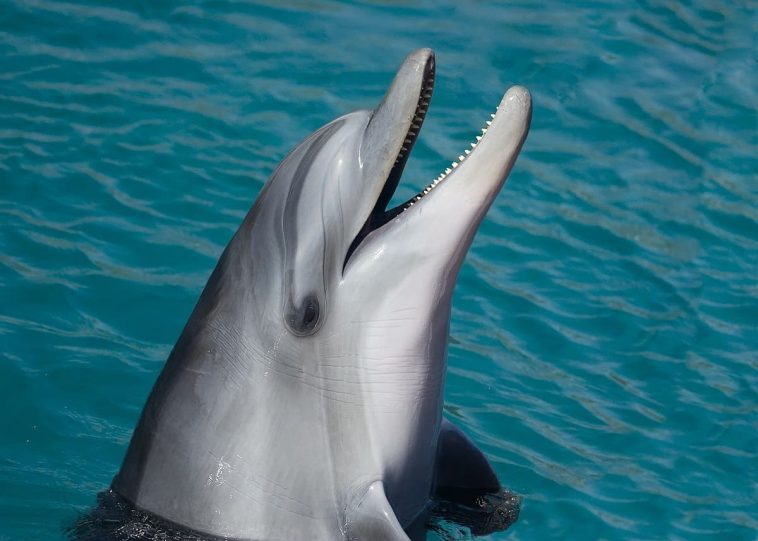 The seas and the oceans are a source of life for a large part of the animal kingdom. Marine mammals like seals, whales, manatees, sea otters, and polar bears, rely on the ocean and other marine ecosystems for their existence. Contrary to land animals, these animals are equipped with special features, fins, fur, flippers, and many others to adapt them to their aquatic surroundings. Animals like dolphins, whales, and sea otters have captured the attention of people around the world. Many of these marine animals inhabit complex social systems and exhibit remarkable intelligence. Here is a list of the 10 cutest marine animals that will steal your heart away with their cuteness.

These animals are possibly the cutest salamanders ever. Also known as the Mexican Walking Fish, they even make great aquarium pets. They have fleshy pink bodies and the most docile and cute faces. They have an awesome superpower. Regeneration! They can regenerate every part of their body, including limbs and even the spinal cord.  It is one of the animals most people haven’t heard of.

Bottlenose dolphins are the intelligent and charismatic stars of many aquarium shows. They dwell in the temperate and the tropical waters of the earth. They have a curved line along their mouths that gives the appearance of a friendly, permanent smile. They can be trained to perform complex tricks. They communicate with each other by squeaks and whistles. These cool creatures can perform acrobatic activities and play in the sea. They can be seen flipping out of the water.

The Piglet Squid is cuter than a real piglet. It can be found in all oceans in the deep water, over 100 meters deep. The piglet squid named because of its rotund shape is normally found in the darkness more than 100 m below the surface of the ocean. Measuring just 10 cm in length, this squid species has light-producing organs to help it navigate the dark depths of the oceans.

This is one of the species of octopus. The name “Dumbo” originates from its resemblance to the title character of Disney’s 1941 film Dumbo. Dumbo the elephant had a prominent ear-like fin which extends from the mantle above each eye. Dumbo octopuses live at extreme depths in oceans—up to 13,000 feet below the surface. They are the deepest-living octopuses known. They feed on snails, worms, and other creatures. Dumbo Octopuses do not ink as they live in waters so deep that they don’t need the defense.

The Beluga whales belong to the Arctic and sub-Arctic oceans and are the smallest species of the Whales. They are white whales, have rounded foreheads and no dorsal fin. They are social animals and very vocal communicators. They can mimic a variety of other sounds like clicks, whistles, and clangs.

The Harbor Seal inhabits the temperate and Arctic marine coastlines of the Northern Hemisphere. They have spotted coats in a variety of shades from white or silver-grey to black. They can be commonly seen resting on rocks and beaches along the coast and on floating ice. Harbour seals have short, dog-like snouts and flippers. The seal pups can swim at birth.

The Harp Seal is also known as a Saddleback Seal or Greenland Seal. It is native to the northernmost Atlantic Ocean and the Arctic Ocean. It loves to spend long periods associated with sea ice. This earless species gets its common name from the harp-shaped markings on the back of the darkly coloured adults. Young Harp seals are cute white pups. They prefer to swim in the North Atlantic and Arctic Oceans. These animals are good swimmers in the chilly waters and feed on fish.

These adorable animals are the smallest marine mammals but the largest in the weasel family. They are native to the coasts of the northern and eastern North Pacific Ocean. Sea otters spend much of their lives in the water and can dive up to 330 feet in search of food. The sea otter can live its entire life in the water. Their fur is the densest of any animal on Earth, with an estimated 1 million hair per square inch. Sea Otters are the only marine mammal to catch fish with their forepaws instead of the mouth.

The Yellow Boxfish is a species of boxfish. It can be found in reefs throughout the Pacific Ocean and the Indian Ocean, and the South-East Atlantic Ocean. It reaches a maximum length of 45 cm. It has a yellow body with dark polka dots. They stand out in their cuteness with their relatively large sweet eyes and pouty lips. As cute as they may look, this species’ has the ability to release a deadly toxin, called Ostracitoxin, when stressed.

Manta rays are large ray fish. The name “manta” is derived from Portuguese and Spanish for mantle i.e. a cloak or blanket. They do not have a stinger on their tail, unlike the other Sting Rays. They have triangular pectoral fins, horn-shaped fins and large, and a forward-facing cute-looking mouth. Mantas are found abundantly in the warm temperate and tropical waters.

These are the cutest marine animals that can bring smiles on any sad face with their looks and appearances. Dwelling in and around seas, they constitute an important part of the ecosystem.