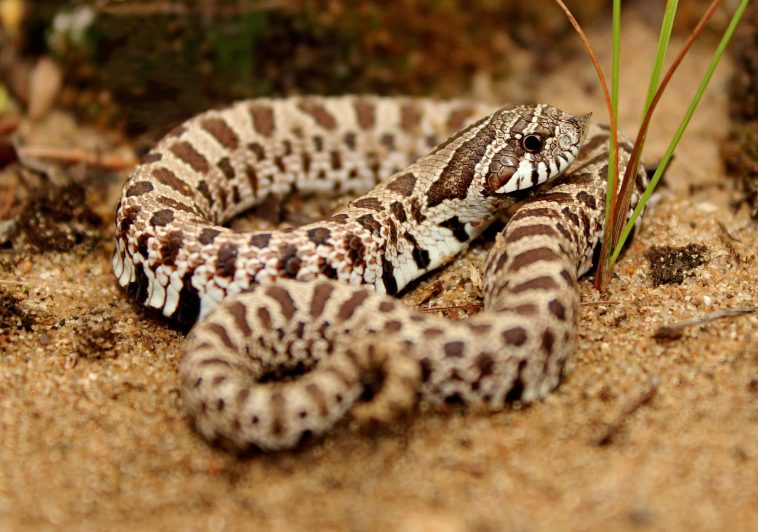 Cutest Reptiles and amphibians are not normally considered among the prettiest and smartest of the animals in the animal kingdom. Reptiles are animals with dry skins covered in scales or scutes. They mostly comprise of turtles, crocodilians, alligators, snakes, and lizards. They boast of interesting evolutionary history from the time of dinosaurs on earth. Amphibians, on the other hand, live in terrestrial or freshwater ecosystems. Their history dates back to the Devonian period. They need a moist environment to survive and can inhabit both land and water environments. The amphibian group includes animals like frogs, toads, salamanders, and newts.

At present, there are more than 8500 species of reptiles and about 8000 species of amphibians existing on our earth, of which 90% are frogs. Below we check the cuter side of some reptiles or amphibians.

Box turtles are North American turtles who can grow up to a size between 4 and 7 inches. They have a small head with a hooked upper jaw. The turtle shell has yellow, orange, or reddish-brown patterned scutes. They are known as box turtles because they can withdraw their arms and legs, tail, and head into their box-like shell and close up tightly when they feel insecure. Box turtles are susceptible to stress but make great pets if cared properly.

The Leopard gecko is a ground lizard found in the desert highlands of Afghanistan, Iran, Iraq, and India. They are gentle and docile and make great pets. They are easy to take care of and they can live up to 20 years. These small lizards are also very attractive to look at, with their yellow leopard-like body with black spots. These charming little lizards can be found in a variety of colors and patterns. Leopard geckos seem to communicate through chirping sounds and tail moves.

The crested gecko or eyelash gecko is a revived species of gecko native to New Caledonia. They can reach an adult length of 7 to 9 inches and come in a wide array of colors and markings. They have hair-like projections above their eyes, toes, and tail tip. They have two rows of spines that run from the head to the base of their tail. They are also good jumpers. They make friendly, gentle, and low-maintenance pets.

The Pacman Frogs are actually the South American horned frogs. They are given this name because of their characteristic round shape and a large mouth, which resembles the popular video game character Pac-Man. They come in a variety of bright colors and patterns like dull red, orange, green, and brown. The top of their head comes over their eyes and looks like horns. They are voracious eaters that feed upon insects and other small mammals. They make good pets and are very attractive to look at and easy to handle.

The Axolotl is also known as the Mexican walking fish. These unique types of salamanders are related to the tiger salamander. They are known as a “walking fish”, but they are not a fish, but an amphibian. An axolotl can regenerate damaged limbs, heart, and brain. Axolotls can survive up to 15 years and can grow up to 12 inches in length.

The Australian green tree frog, or the White Tree frog, is a species of tree frog native to Australia and New Guinea. It has a cute appearance because of its plump body and a cute face with sleepy-looking eyes and a “smiling” mouth. These chubby frogs are also known as Dumpy Tree Frogs. Adult frogs have large bulges above their heads. They range in colour from a light blue to green or grey across their backs and a white underside. They have big toe pads and horizontal pupils, unlike other frogs.

Known for their distinct tiger-like markings, Tiger salamanders are found in North America. They have thick bodies with short snouts. They have long tails and stout legs. These salamanders are the largest land-dwelling salamander on Earth. They can grow between 6-8 inches, while some can even grow to 14 inches in length. They are brown with brilliant yellow stripes on their bodies like a tiger.

Chameleons are a highly specialized group of lizards with almost 200 known species on the earth. These species come in a range of brilliant colors. Their greatest skill is the ability to change colour. Chameleons change colour to camouflage against their surroundings or to reflect their moods. Some species of chameleons can turn more vibrant colors such as pink, red, blue, turquoise, or yellow to give social signals. Panther chameleon and Madagascar chameleon are some of the extremely colourful species.

Gomez’s web-footed salamander is a species of salamander found in the tropical lowland forests of Costa Rica and Panama. Costarica climate supports 43 recognized species of salamanders, and this one is magnificent. Their feet have a webbed structure like ducks; hence they are given the name of Webbed salamanders. They have pale-coloured or slightly orangish bodies with a black-spotted stomach. They have a broad head and a short tail. They have relatively large eyes that protrude beyond the head.

Hognose snakes are thick-bodied North American snakes that do not grow very long, reaching from 14 to 40 inches in length, depending on the species. They have upturned snouts and are found in attractive colors. They can be reds, oranges, browns, and greens, to black, with markings, depending on their habitat and locality. They can be blotched or even solid-colored. These animals are small and have thick bodies and round eyes. They are common as pet snakes as they are timid and low-maintenance creatures.