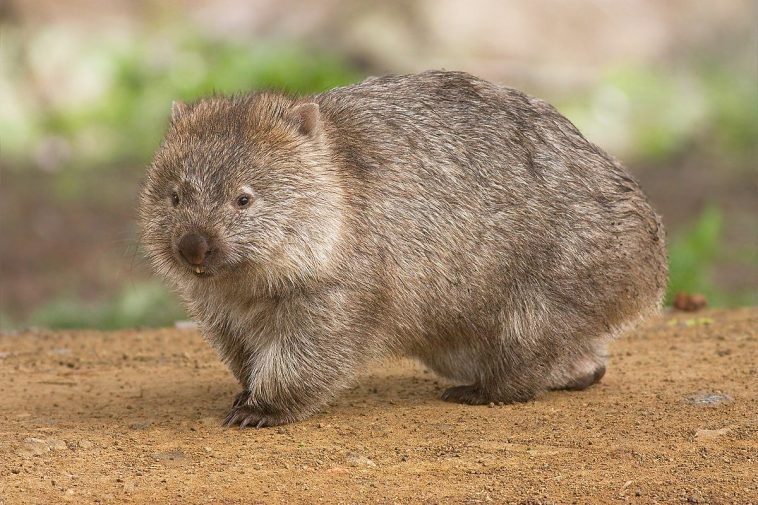 Our earth is inhabited by a myriad of animals, big and small, beautiful and some not so appealing. Animals of all kinds exist all across the world in diverse habitats. It may not be possible to visit and see these miracles of nature all over the world. So, zoos were invented where most of these animals are bred and kept for display. We all love to visit the zoo for the variety and amazement that they present on each visit. While zos encompass several mighty and wild animals, there are some of the cutest animals as well. These animals can take your heart away with their cuteness and antics. Below we explore the cutest zoo animals that can make a day at the zoo worth a visit.

The Red Panda is a mammal native to the eastern Himalayas and southwestern China. The red panda is the size of a domestic cat and has a reddish-brown fur. It also has a long, shaggy tail, with a long and stout body. The endangered land mammal, Red Panda, feeds mainly on bamboo, birds, and insects. It is a close relative of the giant panda, and also of the raccoon, with which it shares a ringed tail. Like the Giant Panda, it has a dense fur on its feet which has five, widely separated toes. You can find Red Pandas in the US at the Smithsonian’s National Zoo, Virginia, USA, Houston Zoo, and San Diego Zoo, Franklin Park Zoo, Minnesota Zoo, have red pandas eat bamboo throughout the day.

Sloths are two-toed animals that are slow-moving, nocturnal creatures. They spend most of their lives upside down in the trees of the tropical rain forests. They are noted for the slowness of movement. They are the only mammal on the earth whose hair grows in the opposite direction from other mammals. The hair parts in the middle of their belly. It grows upward towards the back so that water can easily run off them. Sloths can be found at the Bronx Zoo, the Smithsonian Zoo, San Diego Zoo, and at the Indianapolis zoo in the US. The Animal Amigo program at Indianapolis Zoo helps you sponsor a sloth for $50 by funding food, medical treatment, zoo equipment, and habitat improvement at the zoo.

Wombats are one of the oddest-looking animals native to Australia. They are funny looking animals that resemble short, stocky bears. Wombats have a soft fur that is grey or brown with white around the nose. They have small eyes, and a wide, flat head. They love to feed on green grasses, and fresh shoots, and plant roots. Their short, powerful legs have strong claws. The Brookfield Zoo has been lucky enough to witness 21 wombat births. Besides this, the Columbus Zoo, the LA Zoo, and the Chicago Zoo have wombats for display. Several zoos in Australia have wombats.

Hares are similar to rabbits but have longer ears and live in pairs or even solitary. The hare is found in Europe and North America. The Arctic Hare is found inhabiting the freezing climates within the Arctic Circle. They have long tipped ears and can run very fast. You can find some very cute hare species in various zoos worldwide. The Swiss zoos, the San Diego Zoo, and the San Francisco zoos also showcase the Arctic Hare. It is listed as one of the cutest animals in Canada.

This small cat is a small, cute, and fluffy cat, widely distributed in the deserts of North Africa, the Middle East, and Central Asia. They are very effectively adapted to life in the desert. They can live without water and can run on shifting sand. They can also detect prey underground. They are on IUCN’s  “Near Threatened” Red List. There are about 200 Sand Cats in European zoos. Attempts are being made to breed them. The Tel Aviv Safari Park also has a recent litter of sand cats.

The sea otter is a marine mammal native to the North Pacific coastline areas. They are the heaviest members of the weasel family. The sea otter spends most of its time in the water but, can come ashore to sleep or rest. Sea otters have webbed feet and a water-repellent fur. You can find these cute creatures at several famous world zoos and aquariums like the San Diego Zoo, Oregon Zoo, and the Monterey Bay Aquarium.  Otters seem to do extremely well in captivity and respond well to humans.

The meerkat is a small mongoose native to the African habitat. They are very loyal and make lovely pets. One of the most important roles a meerkat plays is that of a watch guard. One meerkat can stand on its hind legs, propped up by its tail. It can act as a guard while the rest of the mob is outside looking for food. They can be aggressive and may bite. You can visit meerkats in zoos in the San Diego Zoo Safari Park, Smithsonian’s National Zoo, Bristol Zoo, Dublin Park Zoo. The Lincoln Park Zoo participates in the Meerkat Species Survival Plan. This is a joint management effort by zoos throughout the Association of Zoos and Aquariums.

These fat and cute bears are native to south-central China. They have large, black patches around their eyes, over the ears, and across their round body. Pandas can easily stand on their hind legs. Thye can be commonly found rolling, somersaulting, and climbing trees. There are 27 zoos in 21 countries outside of China that host the Giant pandas. There are pandas at Smithsonian’s National Zoo in Washington, D.C., Zoo Atlanta, and the Memphis Zoo and the RZSS Edinburgh Zoo in the UK.

Chinchillas are a species of South American rodents that are bigger in size than ground squirrels. They are undoubtedly one of the most adorable animal species. They have bushy tails, tiny ears, long whiskers, and fluffy furs. The chinchilla has the softest out of all land mammals! These nocturnal creatures have social behaviour. They love to chew on objects to maintain all their teeth, which grow continuously. You can find them in most American zoos like the Maryland Zoo, the Minnesota Zoo, the Louisville Zoo, St. Louis Zoo, and the Seneca Park Zoo.

These animals are a vulnerable species of animals found in South Asian jungles. They look more like teddy bears than primates, with their round head, small ears, short sturdy arms and legs, and a stumpy tail. They can curl up into a tight ball and remain clinging to its branch while going to sleep. As part of the Association of Zoos and Aquariums’ Species Survival Plan (SSP) program, the San Diego Zoo is home to three pygmy slow lorises. It is one of the cutest zoo animals in the world.

These are some of the cutest zoo animals that can make you go “aww”. Besides them, hamsters, guinea pigs, and some species of dogs and cats are also part of the cute animal brigade. They have the cutest of appearances and radiate the best vibrations for you to come and visit them.