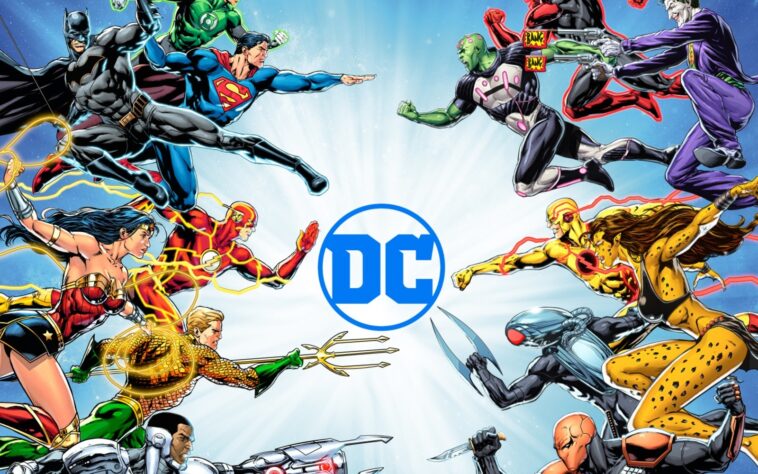 DC is a game-changer when it comes to comics. This comic book company has been around since 1934. Then, it was known as National Allied Publications. Since then, it has proved to be more than just a fad.

Today, DC Comics is one of the biggest comic book companies all over the world. DC has birthed some of the most prominent superhero characters, such as Batman, Superman, Wonder Woman, Aquaman, and more. These characters have almost created a “superhero cult” worldwide.

Over the years, DC has produced some great comics, which have received critical acclaim from publications such as The New York Times and TIME Magazine.

It seems, however, that the company is slowly losing touch with its fans. Somehow, most people now prefer watching movie adaptations instead of buying comic books.

All the same, we have decided to create this post in order to celebrate some of the best DC comics of all time. Enjoy!

This comic book was released in 1987. This was after DC realized that Green Arrow had grown stale. So, they hired another writer so that he could reimagine the character in an annoyingly beautiful light.

When the new writer came in, he had to strip down some of the things that the character was known for, such as his boxing glove arrow and the soda can arrow.

Instead, Oliver Queen got a new costume (which he wore when fighting crime) that was more realistic. This was done in order to make the character appeal to fans since, at the time, people were hooked to the street level vigilante books.

The writer also managed to take the superhero from Star City, which was fictitious, to Seattle. There, he started fighting against serial killers, as well as the CIA, and Shado, who was a mysterious assassin.

The result was a comic book that was extremely graphic and violent. In fact, we saw Green Arrow actually killing his targets, and there was another graphic moment when his girlfriend was brutally tortured.

The reboot of this comic book seemed to work as it became a fan favorite, even though there was a lot of violence in the book. To this day, The Longbow Hunters have remained one of the most read comic books from DC.

2. Superman for All Seasons

Superman’s origins have been retold over a dozen times in different comic books, novels, movies, and TV shows. All this was to try and reimagine what the early days of Superman were like. This comic book, which was released in 1998, combined all the best retelling of Superman’s origins into one concise story.

Many fans loved how the writer of this book managed to pick only the best of the best from all the past comics and movies in order to illustrate how Superman came about. The results of the writer’s efforts were a great, infinitely relatable, and nostalgic story.

In the book, we get to see the supporting cast narrating the superhero’s upbringing, and this time, he is presented not as an unstoppable demigod, but rather, a son of a simple farmer from Kansas.

This 2004 seven-part mystery comic book was surprisingly moving, even though it was super brutal. Named author, Brad Meltzer, is the one who wrote the book, and Rags Morales was the artist.

We must really commend how the writer managed to write a gripping story that changed the team’s dynamic. Readers got treated to a lot of mind-weeping violence and saw one of the most brutal rape scenes in a comic book. The story instantly became a favorite among many comic book readers.

Last but not at least, we must mention the protector of Gotham City, Batman. Created by Bill Finger and Bob Kane in 1939, Batman and DC Comics celebrated their 80th anniversary in 2019. During the 80+ years, there have been many great Batman stories but if we have to pick one, it has to be the four-issue miniseries “The Dark Knight Returns” from 1986. It’s been called a “comics masterpiece” and includes four different subtitles The Dark Knight Returns, Dark Knight Triumphant, Hunt the Dark Knight, and The Dark Knight Falls. The series tells the story of how Bruce Wayne returns to Gotham City ten years after he gave up the mantle of Batman, to fight the “Mutants” terrorizing the city ever since Batman retired. With The Dark Knight Returns, a new era of comics started referred to as the Dark Age of Comic Books and thanks to its commercial success more superheroes were created. The Dark Knight Returns comics series has influenced the creation of several films like the Batman Returns (1992) and The Dark Knight Rises (2012). A new Batman film was scheduled to be released in 2022 but has been postponed until March of 2022 due to the COVID-19 pandemic. With Robert Pattinson as Bruce Wayne, Batman discovered how the corruption in Gotham City may have ties to his own family.

More to Come from DC Comics

Although the popularity of DC Comics seems to be fizzling out, there’s no denying the fact that DC has produced some of the greatest superheroes of all time. There is a great collection at comicoon.net of all of the DC superheroes we’ve fallen in love with that are now being recreated in movies. For sure these will soon become our most loved superhero movies.

For quite some time, DC Comics remained in the shadows of Marvel, but now, with DC superhero movies, our love for DC Comics is being rekindled. Over the past few years, we have actually witnessed several DC movies winning different awards, which is well deserved.