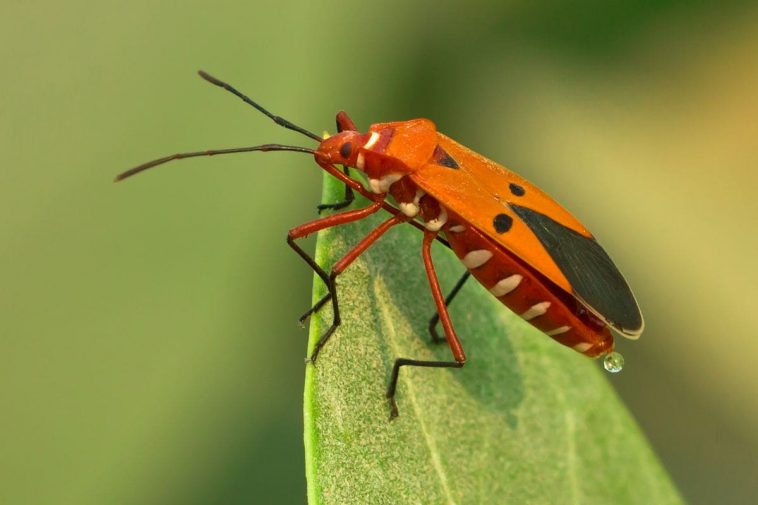 Insects are a significant component of the animal population on our planet. More than 90% of the animal life forms on our Earth exist in the form of insects. It is estimated that there are some 100 trillion insects alive in different corners of the world. While some insects, like the butterfly and jewel beetles, are beautiful and appealing to look at, there is a class of insects that are extremely deadly and fatal with their painful and poisonous bites and stings. We will discuss the deadliest insects in the world.

Some insects use many different strategies to capture prey, including ambushing and luring. They usually attempt to make the first physical contact with prey and produce painful or lethal bites. They can secrete a painful toxin and become deadly. Insects like the tsetse flies from Africa have caused the loss of life of about half a million people by their attack. Here we discuss the top 10 deadliest insects existing in the world and what makes them so deadly. Check them out.

Deadliest Insects in the world

Fleas live on bodies and require a ‘host’ body to lay their eggs. These tiny insects can lay up to 50 eggs per day! Fleas are annoying with their itchy irritation and rash. Fleas can infest your pets’ fur and they can cause serious harm to them. There have been cases where fleas have killed vulnerable and weak animals. Nobody is safe from the threat, as they can survive in all kinds of environments.

These are a special species of ants that are called red ants because of their light brown colour. Fire ants attack small animals and can kill them with their stings. Fire ants bite to get a grip and then sting and inject solenopsin, which is a toxic venom. The blisters developed after fire ant stings are allergic and can cause more severe reactions like swelling, burning, or itches. Some people develop symptoms within a few minutes after being bitten. Fire ants have cause death in 5% of sting cases. Its is also listed as one of the types of bugs and insects.

This deadly species of ants, native to South American rainforest areas, is known for its extremely powerful sting. They are the largest ants in the world whose sting is 30 times more powerful than that of an ordinary bee. The sting contains a neurotoxin called poneratoxin. Bullet ant stings can cause blinding pain.  The pain can be comparable to being shot with a gun. The stung area can feel like a wound caused by a firearm. A bullet ant sting can cause tissue or bone damage, and its deep throbbing ache that can last up to 12 hours. It can cause sweating, body pains, trembling and palpitations.

These bugs constitute an entire family of predatory insects that are characterized by a thin neck-like structure connecting the narrow head to the body. They are generally black or dark brown, and sometimes, can be brightly colored as well. Their beak is curved and lies in a groove between the front legs. An assassin bug uses its short three-segmented beak to attack and pierce its prey. It then sucks the body fluids from its victims.

These bugs live outdoors and prey on other insects. However, some suck blood from animals and humans and can transmit diseases. Some of the best-known assassin bugs are the Kissing bugs that are responsible for causing the Chagas disease in South and Central America.

The tsetse fly is also an extremely deadly insect. It is native to Africa, and it resembles a normal housefly. The tsetse fly lives by feeding on the blood of animals and humans. Tsetse flies can acquire trypanosome parasites by feeding on infected people and becomes a transmitter of sleeping sickness. This is a disease that attacks the central nervous system and can even lead to coma and death. It is one of the deadliest insects in the world.

An infected tsetse fly can bite and inject the parasites into the blood, which can multiply and suck the body fluids and tissues. A tsetse fly bite can develop into a painful red sore. It gets accompanied by fever, severe headaches, irritability, extreme fatigue, swollen lymph nodes, and aching muscles and joints that lead to sleeping sickness.

They are the simplest yet the deadliest of insects, that are responsible for more than a million deaths each year due to diseases like malaria, dengue, and encephalitis. Female mosquitoes can bite humans to consume blood. They cause irritation and swelling and can also transmit some extremely harmful and fatal diseases. Malaria, dengue fever, and yellow fever are only a few mosquito-borne diseases. Mosquitoes can also pass on viruses that cause inflammation around your brain and spinal cord, spreading infectious diseases such as Zika and malaria.

One of the deadliest insects in the world, The Bot Fly is another deadly insect that resembles a bumblebee and is native to Central and South America. The botfly reproduces by laying its eggs in animal or human flesh. Its eggs can hatch in the skin of the infected species of animals, and their larvae then burrow out of the skin. This can be the most disgusting sight on an animal body. The botfly larva creates open sores in the skin that are painful and cause irritation as well.

The Giant Japanese Hornet is an Asian hornet species that are quite big. Their average body length can be up to 5 cm and their wingspan can extend up to 7.5 cm. These large hornets are predatory and feed off other insects. They often attack honey bee hives to eat their young. These hornets have deadly stings that can kill you.  Their venom is powerful enough to cut through human flesh. These hornets are adapted with special stingers, that are large and lethal and a set of long, strong mandibles that can literally rip their prey apart.

The lady beetle is native to China, Russia, Korea, Japan from Asia. It dwells in trees and fields and preys on aphids and scale insects. The Asian lady beetle was later introduced into the United States to slash aphid populations. Overly grown, these beetles are a threat to vegetation and are considered a pest. They tend to bite that can trigger allergic reactions. Their bites aren’t life-threatening, but in some instances, they can trigger pink eye symptoms as well.

One of the deadliest insects in the world, Sandflies are members of the fly family, native to New Zealand. They are small in size but have mouthparts similar to that of the mosquito. They love to feed on human blood and can deposit diseases into the bloodstream when they feed.  These creatures have been known to spread such illnesses as typhus and the plague. Sandflies can also transmit a parasitic disease to animals and humans, called leishmaniasis. Their bites cause skin sores weeks or months after the sting.

These are some of the deadly insects that inhabit our earth. Mostly known for their dangerous attacks, painful bites, and infectious diseases that they cause, these insects are more notorious than peaceful inhabitants on earth. It is always better to stay away from them as much as possible to maintain your general health and well-being.