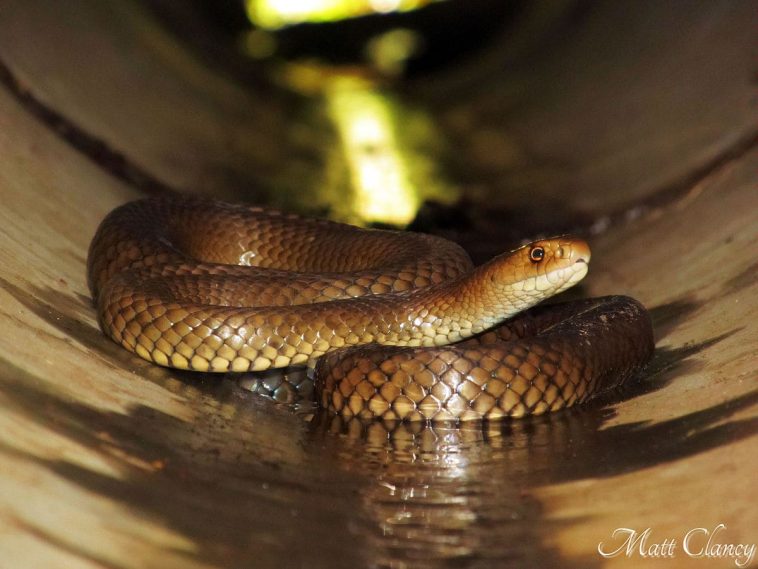 This cold-blooded reptile is found everywhere around the world except in Antarctica, Iceland, New Zealand, Ireland and Greenland. The long, scaled reptile that doesn’t use its teeth to chew its prey but rather prefers to swallow it, the snake is one of the most dangerous animals. With their elastic ligaments, strong sensing vibrations and powerful digestive enzymes, they make sure that none of their feeding tactics fails. According to recent reports presented by scientists, there are approximately 3600 known species of snakes in the world. About 600 species are venomous and only 200 species are dangerous enough to kill humans. Another
an interesting fact about this species is their habitat. While most of the snakes dwell on land, there are 70 species that live in the sea. Snakes and other beings haven’t been great friends but here is a list of snakes who are ruthless and deadliest.

Deadliest Snakes In The World

A member of the elapid family, Belcher’s sea snake or faint-banded sea snake is an extremely venomous snake and thus one of the top ten deadliest snakes. The sea snake that feeds on small fishes and eel is considered to be the most poisonous snake as its venom is 100 times more deadly than the most poisonous terrestrial species. The high level of neurotoxins and myotoxins in its venom is so lethal that it can kill 1800 people. Its single bite can kill a person in less than 30 minutes. However, Belcher’s sea snake’s shy temperament saves humans from being its prey.

Even if Inland Taipan snake is not aggressive in nature, it is known as the ‘fierce snake’ due to its poisonous venom. Found in Australia, it is considered to be the most venomous snake on the planet. Its venom contains a high amount of neurotoxins, strong enough that each bite can kill 100 men. Its average length is 5.9 feet. Unlike other species of snakes, Taipan feeds only on mammals and over time its venom has evolved to be fatal to mammals. Taipan specific antivenom was developed in 1956 and prior to that, there were only two individuals who had survived the deadly bite.

One of the deadliest snakes in the world and the deadliest snake in Asia, Blue Krait is identified by the bluish-black crossbands that run over its body and are separated by yellowish-white interspaces. The 3.6 feet long snake only releases 10g of its venom in one bite. However, that minimal amount is sufficient to kill a person within 4 hours if left untreated. People don’t experience pain upon the bite of Blue Krait. This gives them fake assurance, but the neurotoxins attack the individual’s ability to speak or think clearly, and also affect their respiratory system.

As the name suggests, Eastern Brown snakes are brown in colour. The slender and long snake has a narrow head. It is found in almost all regions of Australia except for the dense forests. Known for their deadly short fangs, the venom of Eastern Brown snakes consists of cardiotoxins and nephrotoxins. It is responsible for more deaths in Australia. Even though it releases a small portion of venom, the toxins affect the cardiac system quite rapidly. The symptoms start within 15 minutes, thus making the antivenom ineffective.

One of the fastest types of snakes in the world, Black Mamba is only one of the deadliest snakes in the world. It is also the longest venomous snake in the world. While the average length of a Black Mamba is 8-10 feet, there are some as long as 14 feet. They live in the savannas and rocky hills of southern and eastern Africa. It got its name from the colour of its inner mouth. Though shy, it is also nervous and delivers multiple bites when it feels attacked. Previously, Black mamba’s bite was 100 per cent fatal. Antivenomons has lessened that of course, but it is still dangerous as the symptoms are rapid and the damage can’t be undone.

A member of the Viperidae family, Russell’s viper is found throughout Asia. It is also known as Daboi and Chain viper. Identified by a flat and triangular head, the snake reaches almost 5.5 feet. The adult snakes are slow and sluggish, but they can turn aggressive in no time. One bite of Russell’s Viper produces around 130mg-268mg of venom. The symptoms range from excessive bleeding, blistering, vomiting, rapid drop in blood pressure to blood clotting and kidney failure.

Found in the southern quarter of Australia and Tasmania, Tiger Snake is one of the deadliest snakes. It has an average length of 3 feet. It turns to be excessively aggressive when startled and as a defence mechanism it flattens its body to raise its head above the ground level. Tiger Snake’s venom comprises of neurotoxins,
coagulants, myotoxins and haemolysins. The mortality rate from its bite is as high as 60% when left untreated.

Short in length but deadly in nature, Death Adder’s venom has toxic neurotoxins. It resides Australia, New Guinea and its surrounding areas. It’s not an active hunter and often waits for its prey. It has a triangular head, tapering tail and the longest fang among all Australian snake species. Its venom affects the respiratory system quite drastically and if not treated then a person might die within 6 hours.

The big four ‘ snakes are the four species of snakes that cause the most number of deaths annually. And Saw Scaled Viper is the smallest member among them. Found in the parts of the middle east and central Asia it is 1-3 feet long. Even if its venom isn’t that fatal, the lack of antivenom makes its bite dangerous.

Also known as carpet vipers is one of the deadliest animals in the world mostly seen in the dry regions of Africa, the Middle East, India, Sri Lanka and Pakistan. The unique part is that threat display where species display rubbing sections of their body together to produce a “sizzling” warning sound. It is also called Echis which comes from a Greek name meaning “viper”. It loves to eat locusts, beetles, worms, slugs, spiders, scorpions, centipedes, solifugids, frogs and toads.

Residing in the low-lying and forest areas of northernmost corners of Philippine island, Philippine Cobra’s venom consists of postsynaptic neurotoxin. It directly attacks the neuromuscular system of the victim. It is also able to spit its venom and if done so, there is serious damage to eyes. With the development in the field of medical science, scientists are preparing antivenoms. But it only gives a possibility in the reduction of mortality rate and not in assuring safety.

The Indian cobra is also known as the spectacled cobra, Asian cobra or binucleate cobra. As the name suggests, it is mostly seen in the Indian Subcontinent in the countries like India, Pakistan, Bangladesh, Sri Lanka and Nepal. Talking about the appearance and size, it can be identified by the impressive hood which expands when the species is threatened.

It can grow upto 1 to 1.5 metres (3.3 to 4.9 ft) in length and have a beautiful round eyes. It loves to thrive in dense or open forests, plains, agricultural lands (rice paddy fields, wheat crops), rocky terrain and wetlands. The venom of the species contains powerful post-synaptic neurotoxin and cardiotoxin and act as a synaptic gap of the nerves by paralyzing muscles and can even cause respiratory failure or cardiac arrest.

Common krait also knew as Indian krait or blue krait is also one of the deadliest snakes in the world mostly seen in the Indian subcontinent. It can grow upto 0.9 m (3.0 ft), but they can grow to 1.75 m (5 ft 9 in). Talking about the appearance, head of the snake is flat and the neck hardly evident. The whole body is cylindrical and tapering towards the tail. It loves to thrive in the fields and low scrub jungle and also in inhabited areas mostly in termite mounds, brick piles, rat holes, even inside houses.

Black-banded sea krait also known as the Chinese sea snake belongs to the subfamily Laticaudinae of the family Elapidae. It is mostly seen in the warm waters of the western Pacific Ocean and also loves to thrive in coral reef areas. Talking about the appearance, It has a short head and thick trunk along with discernible neck. The venom of the snake is 10 times stronger than a cobra, making it extremely dangerous, however, it doesn’t attack humans unless threatened or provoked.

Many-banded krait also known as the Taiwanese krait or the Chinese krait is one of the most venomous snake species belongs to the elapid snake and mostly seen in the central and southern China and Southeast Asia. It was first identified by the scientist Edward Blyth in 1861. It is mostly seen in two subspecies namely, Bungarus multicinctus multicinctus, and Bungarus multicinctus wanghaotingi. The snake species found throughout Taiwan and in the central and southern regions of China.

Coastal Taipan is also known as is one of the deadliest snakes belongs to the family Elapidae. It is native to the northern and eastern Australia and the island of New Guinea. According to the study performed by Toxicology, it is the most venomous land snake in the world after the Inland taipan and Eastern brown snake based on its murine LD50. The species was first identified by Wilhelm Peters as Pseudechis scutellatus in 1867. It loves to eat rats, mice, bandicoots, and various species of birds.

deadliest snakes in the worldtop10