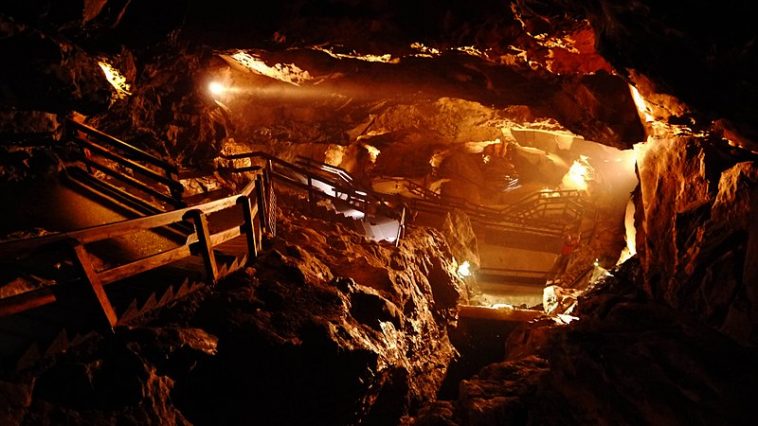 Caves have been an essential part of human civilization since time immemorial. Caves are proof of the lifestyle early humans used to live and how humans have evolved so far. The carvings on the walls of the caves also speak a lot about our culture and process of advancement. Today cave dwelling is done for mainly two purposes: research and tourism. Scientists have been working relentlessly to find more about the composition of the caves and life and habitat it nurtured. Tourists, on the other hand, have taken cave dwelling as an adventure sport and it has
got popularised within the last decade. Here is a list of the top 10 deepest caves in the world.

Deepest Caves In The World

The Republic of Georgia is an abode to the world’s deepest cave, Krubera Cave. It is also known as Voronya, it is addressed as the “Everest of Caves”. While it is a thrilling and tedious task to measure the depth of the deepest caves, the entire process fuels in the adrenaline and acts as the magic potion to do something so tough and almost impossible. Krubera Cave is located in the Arabika Massif of the Gangra range of the western Caucasus. The only cave that is deeper than 2km, overlooks the Black Sea. it is 7200 feet deep, the lower part being submerged in water. Both water and air inside the cave are extremely cold. Yet a lot is to be discovered about the narrow cave.

Also Read: Top 10 Most Famous Volcanoes In The World

​Found in the village of Samoens in France; Gouffre Mirolda is the third deepest cave network in the world. It is 5685 feet deep and looks nothing but spectacular. The name of the cave has been taken from the first letters of the first name of three speleologists who were carried away by a flood in Vercors in 1976. The deepest chasm in France, Gouffre Mirolda is one of the Lucien Bouclier network entries.

With a depth of 5354 feet, Vogelshacht and Lamprechtsofen are one of the deepest caves in the world. The limestone karst river is located in Austria. Unlike the expedition of all other vertical caves, Vogelshacht and Lamprechtsofen was measured from the bottom and not from the top. It was also the deepest cave in the world until the year 2001 when Krueba Cave in Georgia took the title of the deepest cave. The cave’s river has a chance of flooding due to the melting of snow and heavy rain. However, up to 2300feet is open for visitors.

Discovered and explored in the 1990s, Mount Arabica in Abkhazia is home to Sarma Cave is a 6000 feet deep cave. The cave that stands at an altitude of 2000 meters above the sea level, was first discovered in 1990. It is divided into three levels. The lower part starts from 2952 feet reaches up to 6000 feet. The upper part starts at the entrance and reaches 1377 feet in depth. It consists of numerous halls and passageways, that are further connected to tunnels. Only professionals are allowed for cave-dwelling.

​In the year 1963, Gouffre Jean-Bernard was discovered in the Alps in Samoens in France. And soon after, the process of exploration began. The first of it started in 1969 and the level it reached was 2044 feet. According to recent data, the depth of the cave is 5256 feet and it is one of the deepest caves in the world. Another fact about Gouffre Jean-Bernard is its discovery by French caving group Vulcain. The first entrance to the cave was found by them in 1963 and today there are thirteen entrances.

A deep karst charm in the massif central Torca Del Cerro Del Cuevon is located in Picos de Europa National Park. The deep cave has hundreds of wells in it that measure 135m in height, whose geometry has been modified by gravity processes. The environment inside the cave is influenced by that of the outside. The rocks near cave surroundings are also influenced by horse riding.

​Located in Georgia, Shakta Vjacheslav Pantjukhina is a masterpiece of nature. One of the deepest caves in the world, it goes down to 4948 feet. The cave is located along with 410 other caves, however, none of them is as deep as Shakta Pantjukhina. It is a very hard and strenuous task to climb the cave as the cave has lots of rocks on its walls. According to some climbers, it is impossible to complete the climb without one scratch from the sharp and pointed stones.

Picos de Europa mountains in Spain is home to Sima De La Cornisa. To date, 4944 feet of the cave has been discovered. The team of speleologists who went on the expedition call it a bottomless pit, because there was no end in sight.

Cehi 2 is the deepest cave in Slovenia and the tenth deepest cave in the world. It is situated in Rombonski podi over Bovec, near the Italian border. It is 4927 feet in depth, however, the exact and accurate number hasn’t been revealed yet. There are still expeditions going on. The entrance to the cave Chi 2 is situated at an altitude of 2000m at Rombonski Podi. It is considered to be one of the most difficult caves to climb downwards, therefore only experienced cavers who are aware of the surroundings are advised to enter the cave.

These are the top 10 deepest caves in the world. Kindly share