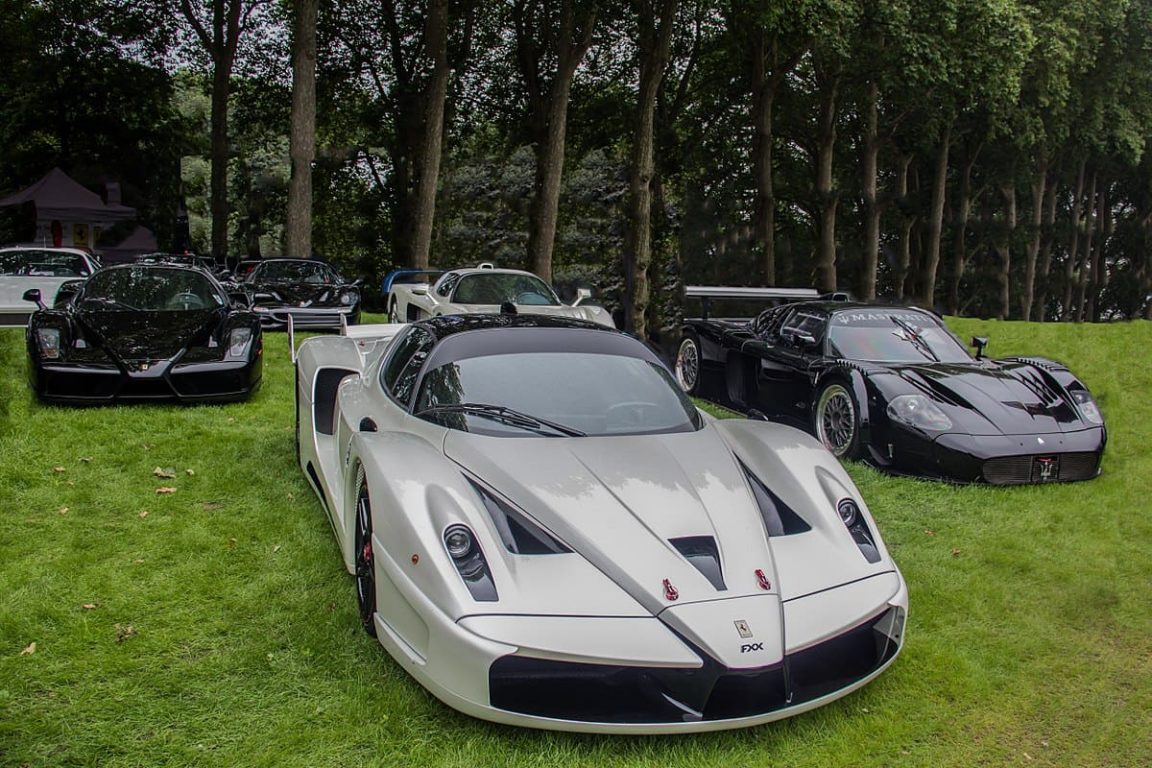 Indeed, there are numerous high-end luxury and sports cars that thrills and cherish one’s imagination. Everybody has a different idea of a dream car which they strive to buy, but few will ever be able to buy them. Ranging from luxurious Ford Mustang to Ferrari, Benz, Lmbhorgini and much more, there is a never-ending list of these fantastic sports car for car enthusiasts. These dreamy cars not only adds the symbol of status and prestige but their unique features also exhibit the symbol of speed and endurance. So, here is a list of top 10 dreamy cars for car lovers.

The Ford Mustang is an American car manufactured by Ford Motors. Originally manufactured by Lee Iacocca, the Mustang is a“pony car” class of American cars. It is distinguished as an affordable sporty coupled with long hoods and short rear deck. The Mustang is a 4 seater coupe and its length is 4951, the width of 2080 and wheelbase of 2720mm. It has a Petrol engine of 4951 cc with the Automatic transmission, Depending upon the variant and fuel type.

Tesla Model S is an all-electric five-door liftback sedan, produced by Tesla, Inc. This sporty car is fantastic for car enthusiasts as it has an Autopilot i.e. the option of an advanced driver, but the driver must look after continuously and take control if there is an issue. Also, it features Mode senses and records suspicious activities around the car. However, it is worth mentioning that Model S is built for speed and endurance, exceptional performance and sleek aesthetic for its lovers.

Ferrari is a dream car for many car enthusiasts as it adds to the status of the people. Also, Ferrari has always been a symbol of speed and prestige and also elegance. It is a fantastic Italian luxury sports car having a manufacturing base in Maranello. In 2014, the luxurious Ferrari car was rated as the world’s most powerful brand by Brand Finance. Also, in June 2018, 1964 the Ferrari 250 GTO became the most expensive car in the history, setting an all-time record selling of price of $70 million.

The Jeep Wrangler(TJ) is the second generation of the Jeep Wrangler off-road and sport utility vehicle. Introduced in 1996 as a 1997 model, The Jeep Wrangler is an iconic model which is well known and also prized for its off-road capabilities. It is also known as for its unique features, which includes a fold-down windshield and removable doors. Furthermore, It has a traditional body-on-frame, with four-wheel drive SUV that traces its roots to a government purpose(GP or Jeep).

Corvette Stingray is a sports car manufactured by Chevrolet. The Chevrolet Corvette, colloquially known as the Vette, is a two-passenger sports car with historically front-engine, rear-drive, a two-door sports car which is manufactured and marketed by Chevrolet across more than seven design generations and 60 years of productions. Also, the Corvette Stingray is a worthy car with its current seventh-generation model that contain innovative features that power this two-door supercar to its level of glory.

It is a mid-engine sports car manufactured by Swedish automotive manufacturer Koenigsegg Automotive AB. It is a third-generation car from Koenigsegg and first of its kind that was truly designed with all the latest and greatest tools available. Instead of being hand modelled and built, like the previous models, its all body and chassis tooling were designed in 3D cad and cut by CNC machines.

Jaguar E Type is a dream come true for car lovers for all stages of life. It is a fantastic car with a combination of high performance, beauty, and competitive pricing which makes the model as an icon of the motoring world. Also, this car remains a true icon in the motor world and is a great fit for any dream garage. The Jaguar E-Type is widely regarded as one of the most important and pretty sports cars of all the time. It has a top speed of 150 miles and can accelerate from 0-60 in less than seven seconds.

Mercedes Benz is truly an iconic car and luxury sports car that contains performance and comfort in equal measure. Its unique features include a gull-wing door, 6.2-litre M159 V8 engine that produces a top speed of 200 miles. Also, With classic German detailing and attention, the Mercedes Benz is among one of the safest performance vehicles that have ever been built and this car is only available in coupe or roadster versions.

Lamborghini Aventado is a mid-engine sports car produced by the Italian automotive manufacturer. It is a supercar that is Lamborghini ‘s most recent production vehicle. Named after a fighting bull, Lamborgini is a fantastic car that adds prestige and status symbol to one’s life. This car is capable of doing 0-60 in less than three seconds and as far as its top speed is concerned, it has a top speed of 220 miles per hour. Its unique design and flashy curves have earned a lot of love from car eager.

One of the dream cars is a track day car which is developed and manufactured by Italian sports car manufacturer Pagani. It was debuted at the 2007 Geneva Motor Show, using the 6.0-litre M120 V12 engine sourced from the racing version of the Mercedes-Benz CLK-GTR. Among the lesser-known exceptionally high performing collection of Italian Supercars, Pagani Zonda is one among them. It has been designed with a carbon-fibre body and a race –track grade engine.