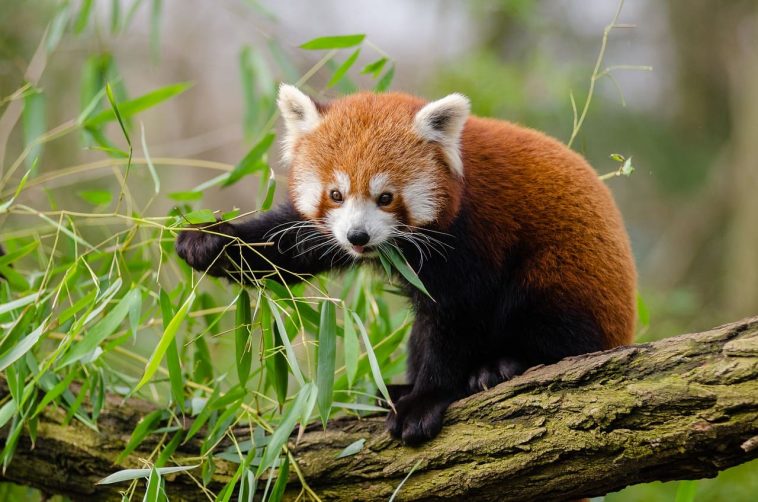 Nature has gifted us with the most beautiful and rare animals, birds and plants. While most of these flourish unrestricted in major parts of the world, there are still some species of land mammals that are sadly now becoming endangered. Several reasons like rapid deforestation, trophy hunting, and illegal trading have led to the demise, of these 10 beautiful species of animals. Below we discuss the top 10 endangered land mammals that have made their way to the critically endangered list.

The Amur Leopard is native to southeast Russia and northern China. The Amur leopard is a solitary mammal. These beasts are critically endangered due to illegal wildlife trade, and poaching for their beautiful fur. Only 19–26 wild leopards were estimated to survive as of 2007. As of 2019, more than 84 individuals remain in the wild (mostly in protected areas) and about 180 live in captivity. Amur leopards are currently threatened by their shrinking prey and the illegal wildlife trade. Due to poaching of the prey species, such as roe deer and sika deer, the Amur leopards’ food source is fast declining.

The Saola is one of the world’s rarest large mammals. It is known by several names like siola, Vu Quang ox, spindle horn, or the Asian unicorn The Saola looks like antelope, but it is more closely related to the bovine family. It is found only in the Annamite Range of Vietnam and Laos It can reach 59- 77 inches in length and has a weight between 176 -220 pounds. The Saola has been widely hunted down for illegal wildlife trade for traditional medicines, fur, and meat. They also get caught in snares that are set by the villagers for other wild animals like the sambar deer, barking deer, wild boar, etc. to protect their crops. The main hunting threat comes from commercial poaching.

The black rhinoceros or hook-lipped rhinoceros is a species of rhinoceros, native to eastern and southern African countries. The rhinoceros’ colours vary from brown to grey. Till 1970, an estimated 65,000 black rhinos could be found throughout sub-Saharan Africa. Now there are fewer than 2,500 left, in the African forests. To protect black rhinos from poaching and habitat loss, WWF is taking action in three African rhino range countries i.e. Namibia, Kenya, and South Africa.

Pangolins are scaly anteaters and live in hollow trees or burrows. Pangolins are nocturnal creatures. Their diet consists of ants and termites, which they hunt and capture using their long tongues. To protect themselves, pangolins can roll up into a ball, covering their faces and undersides. A pangolin’s tongue can reach over 40cm when fully extended. It is the most trafficked mammal, with over 10,000 animals trafficked every year for their scales. Their scales are believed to treat a variety of health conditions in traditional Chinese medicine, and as a luxury food in Vietnam and China.

The hawksbill sea turtle is the only extant species that has a worldwide distribution, with Atlantic and Indo-Pacific subspecies.  It has a flattened body shape, a protective shell, and flipper-like limbs, adapted for swimming in the ocean. Hawksbill shells are capable of a slight change of color, depending on water temperature. This turtle lives part of its life in the ocean, and it spends more time in shallow lagoons and coral reefs. Throughout the world, hawksbill sea turtles are taken by humans as food delicacies, though it is illegal to hunt them in many countries. They have now become a Critically Endangered sea turtle species.

These are elephants in the Borneo and Sumatra regions. In 2012, the status of the Sumatran elephant was changed from “Endangered” to “Critically Endangered” species. Nearly 70% of their habitat has been destroyed in the last 10 years which has reduced their population considerably. These elephants have been poached for their tusks. No fewer than 2400 elephants remain, which are also on the decline.

The Tasmanian devil is a carnivorous marsupial. It was once native to mainland Australia. It is now found in the wild only on the island state of Tasmania. This is a dog-like animal with red ears, wide jaws, and big sharp teeth. The Tasmanian devil has an exceptionally strong bite for its size, and it can generate a large amount of power to tear meat and crush bones of its prey. The devil has suffered a more than 80% decline in its population since the mid-1990s and only around 10,000 remain in the wild as of 2008.

The red panda is a mammal found in the eastern Himalayas and southwestern China. It has been listed as Endangered because the wild population is estimated at fewer than 10,000 mature individuals. It continues to decline due to habitat loss and climate change, and poaching. Red panda numbers are steadily on the decline as they often get killed when they get caught in traps set for other animals such as wild pigs and deer. They are also poached for their distinctive pelts and fur in China and Myanmar.

These are the top 10 endangered land mammals in the world. Kindly share and do post your comments.