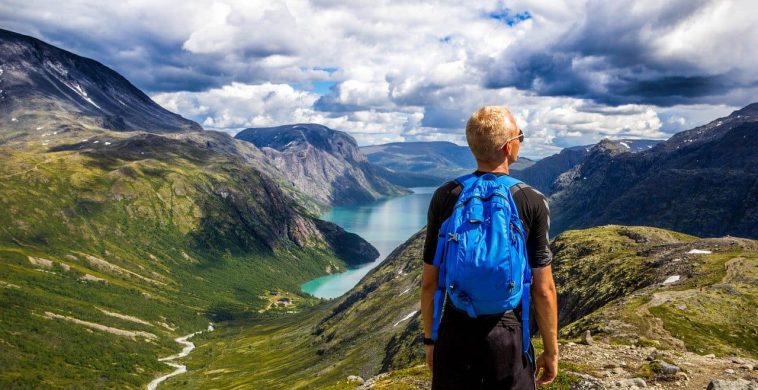 Europe is a continent located mostly in the Western Hemisphere towards the Northern side. This beautiful continent comprises of 46 countries, of which 27 are members of the European Union. Europe is home to Russia, which is the largest country in the world. Russia is large enough to take up 40% of Europe’s land area. This continent is famous for its rich culture, which is rooted in art, architecture, film, music, economics, literature, and philosophy that originated from ancient times. European culture is a “common cultural heritage”. This is the place of world popular tourist attractions, like the Swiss Alps and the iconic Eiffel Tower, which receives 7 million visitors per year. Let us explore the European countries to visit known for their charm and culture.

Austria is a mountainous country and is covered by woods and meadows. It is the second richest country in the European Union. Austria is famous for its castles, palaces, and architectural buildings. Vienna, the capital city of the country has been an innovative centre for world classical music for ages. Mozart, Beethoven, and Strauss were some of the jewels from this city. It is home to the Schonnbrun and Hoffburn Palaces. The country is also reputed for its the northern Bohemian Forest and Traunsee Lake and the alpine vineyards. It is one of the best European countries to visit.

Scotland, which is part of the United Kingdom, has more than 600 square miles of freshwater lakes, including the famous Loch Ness. The capital of Scotland, Edinburgh, is built on seven hills. From Neolithic villages to 18th-century battlefields, there are many locations where you can get a glimpse of Scottish life. Scotland’s landscapes are home to unique Victorian castles, and Georgian country houses, along with over 400 gardens, parks, and the Royal Botanic Gardens. The port city Glasgow is a national cultural hub. It is home to the Scottish Opera, Scottish Ballet and National Theatre of Scotland, as well as several reputed museums.

France is a country in Western Europe, with medieval cities, alpine villages, and Mediterranean beaches. The French capital Paris is renowned for its fashion houses, classical art museums like the Louvre and the iconic Eiffel Tower. The country is also famous for its wines and sophisticated cuisine, comprising of dishes like soufflés, mousse, pâté, croissants, crêpes, and French bread. Nice is a city of art and culture, museums and of the French Riviera. Marseille, a port city in southern France, is another vibrant and authentic French city. It is one of the most visited countries in the world.

Greece is a country in southeastern Europe with thousands of islands and also listed as one of the most unusual countries in the world. It has been the birthplace of Western Civilization. Athens, its capital, is an ancient Greek city with the ruins of the 5th-century B.C. Acropolis citadel and the Parthenon temple. Greece is also known for its beaches, black sands of Santorini and the party resorts of Mykonos. Greece has an astounding 9,000 miles of coastline to explore. The highest mountain in Greece, Mount Olympus, has been considered as the home of all-mighty gods according to Greek mythology. You can also visit the islands of Cyclades are famous for their traditional windmills.

Also read: 10 Most Famous Churches In The World

Norway is a Scandinavian country full of mountains, glaciers, and deep coastal fjords. Oslo, the capital, is a city of gardens, parks and museums. It has the Viking Ship Museum, with preserved 9th-century Viking ships on. Bergen, with colourful wooden houses, is the starting point for cruises to the Sognefjord. Norway is also known for a wide variety of snow sports like fishing, hiking, and skiing, at Lillehammer’s Olympic resort.

Also Read: 10 Most Beautiful Gardens In The World

Switzerland is a mountainous Central European country. It is home to numerous lakes, villages and the gorgeous Swiss Alps. The Swiss landscape is also known for its ski resorts and hiking trails. Swiss watches and chocolate are world-renowned. Geneva is the headquarters for a wide array of governmental and nongovernmental organizations. Basel is the traveller’s gateway to the German Rhineland and the Black Forest and French Alsace. The capital city Berne is a beautiful city with an amazing old town charm, and medieval era landmark buildings.

This country in Eastern Europe and Western Asia acts as a bridge between the two continents. Istanbul is a cosmopolitan city on the Bosphorus Strait. It has the 1460 Topkapı Palace, the iconic Hagia Sophia, with its soaring dome and Christian mosaics, and the massive 17th-century Blue Mosque. Ankara is Turkey’s modern capital. Turkey is famous for its beautifully coloured textiles, hand-painted ceramics, and Turkish coffee and sweets. Antalya is the gateway to the Turkish Riviera and the coast. Cappadocia is known for its fairy chimneys.

Italy, a European country with a long Mediterranean coastline, has people from varying diversities and cultures. The capital city Rome is home to the Vatican as well as landmark art and ancient ruins. Florence is another magnificent city with Renaissance masterpieces from world-renowned sculptors and artists, such as Michelangelo’s “David” and Brunelleschi’s Duomo. Venice is the city of canals, built on hundreds of small islands linked with Gothic era palaces. Milan is Italy’s fashion capital. Italy houses the world’s largest number of world heritage sites.

Spain is a country in Europe’s the Iberian Peninsula. It includes 17 regions with diverse geography and cultures.  Madrid, the capital city, is home to the Royal Palace and Prado museum, and popular for bullfights, thriving cafe culture, and the Bernabeu Stadium. Segovia is a historic city northwest of Madrid, with Romanesque churches, a former royal palace and a Gothic cathedral. Catalonia’s capital, Barcelona, is known for being the city of the famous Camp Nou stadium and the Barça football team. It is a shopper’s paradise.

Russia is a transcontinental country that stretches both across Eastern Europe and Asia. The cosmopolitan capital city, Moscow, on the Moskva River, houses the historic Kremlin and the Red Square, and world-famous museums. St. Petersburg is a seaport on the Baltic Sea and is Russia’s cultural hub. The Baikal Lake, a massive lake in Siberia, offers hiking on the Great Baikal Trail, wildlife and winter sports. Sochi is a summer beach resort with Black sea beaches, a ski resort in the Caucasus Mountains, and a 1900 sq km vast National park.

These are the 10 European countries to visit that you can keep on your tourist bucket list.