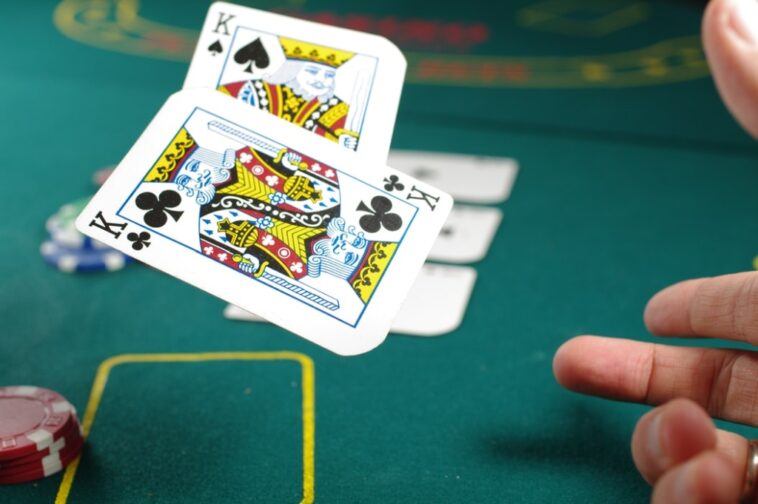 If you enjoy visiting land-based casinos or playing online casino games, you may like to broaden your knowledge about casino facts. Well, you are in the right place. Here are nine facts that will almost certainly surprise you.

Today, if you want to play casino games, it is as simple as getting on your phone or laptop and visiting a site like Kazoom Casino, where you can play plenty of fun games like poker, roulette, and slots. But did you know gambling has been around for thousands of years? The earliest clue we have is a six-sided die that dates to around 3000 BC in Mesopotamia! As for gambling houses, the first widespread ones date from the first millennium BC in China. The venues were usually used for betting on fighting animals. But when it comes to modern casinos, they originated in seventeenth-century Italy. Indeed, the word “casino” gets its name from the Italian root word “casa,” meaning “home.” The very first modern casino dates from 1638 in Venice. The Ridotto, which was a wing of the Palazzo Dandolo, was converted into a government-owned gambling house that paved the way for other casinos throughout Italy and across the world.

The first Las Vegas casino license was given to a woman

Las Vegas has been one of the top destinations in the world for decades. While you might imagine that early Vegas casinos were owned by businessmen and mobsters, as many were, the first legal casino license in Las Vegas was actually given to a woman. Mayme Stocker received her license for the Northern Club in 1920. The respectable woman of high society provided all five of the only games that were legal at the time: stud poker, lowball poker, draw poker, bridge, and 500.

There was once a casino in the clink

The last place you would expect a casino to be located is inside a prison. But the Nevada State Prison did indeed once have a casino for inmates. In fact, the prison’s stone building known as the Bullpen was used as a gambling house for thirty-five years, from 1932 to 1967. Inmates played games like craps, poker, and blackjack, and they could bet on sports too. The casino was finally shut down when a new Californian warden took over the prison.

Monaco is the world’s leading destination for luxury casinos. The rich and famous often frequent the likes of the world-renowned Monte Carlo Casino. However, you may not know that you are unable to gamble in the casinos of Monaco if you are a citizen of the sovereign city-state. In fact, it is illegal. Princess Caroline created the law in the mid-1800s and it remains to this day. However, it is not all bad news for citizens of Monaco. They may not be able to gamble at the casinos, but the citizens are not required to pay income tax. Instead, the profits from the casinos are used.

Macau casinos generate more revenue than any others

At present, the only place you can legally gamble in China is Macau. Despite that, it will probably surprise you to learn that Macau is the world’s biggest gambling city. Forget Las Vegas. The revenue from Macau casinos is around five times higher than that generated by all of Vegas’ casinos! Furthermore, unlike Vegas where the majority of money is actually generated by penny slots, in Macau, 75% of revenue comes from high-rollers making high-stake bets at tables in VIP gambling rooms.

In 2016, the Grosvenor Casino in London opened the smallest casino in the world. In fact, it was so small that it did not even have an address. The casino in question was actually located in the back of a black cab. The mobile casino taxi not only came with a gaming table. It also came complete with a croupier, a bar, and a TV showing sports. While the novelty was only set up for promotional and charitable purposes, the casino in the back of a London black cab still holds the title for the world’s smallest casino.

Thankfully, times have changed. But back in the 1950s, racism was rife in Las Vegas. For example, unbelievably, the singer Lorna Dorne was allowed to perform and stay the night at a Vegas casino, but the following morning, the management ordered her bedding and towels to be burned. Another example involves the legendary singer Sammy Davis Jr., who broke the rules of a Vegas resort by swimming in the pool. After he had done so, the pool was drained! One thing that helped to ease the blatant racism was the establishment of the very first interracial casino in the United States. While it was run by white people and only lasted for four months, the Moulin Rouge casino and hotel, which opened in 1955, played an important role in easing racial tensions in Vegas at the time.

The numbers on a roulette wheel could have an esoteric meaning

A casino would not be a casino without the game of roulette. But there is a fact about the roulette wheel that may send shivers down your spine. When you add up the numbers on a roulette wheel, they make 666, the Biblical “number of the beast.” While it is surely only a coincidence, some people believe there are underlying sinister motivations. You may have heard of roulette’s nickname “the devil’s wheel” before. Now you know why it is given that name.

Poker games typically take between one and three hours to play, but it is not unusual for professional players to spend much longer playing the game. However, the longest poker game on record actually lasted for an incredible eight years! While the exact details have probably become embellished over the years, the story goes that a poker game began in a theatre basement in Arizona in 1881 and lasted for eight years, five months, and three days. You may think that there were plenty of breaks in between, but apparently, the game was played on a rolling twenty-four-hour basis, with only occasional breaks for sleeping and going to the bathroom. More than $10 million is said to have changed hands over the game’s duration.