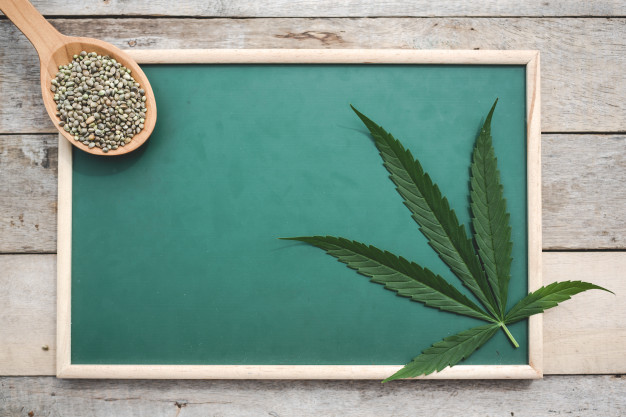 CBD or cannabidiol is a naturally occurring ingredient that originates from cannabis. It’s the second most prominent cannabinoid found in the cannabis plant and has registered a massive rise in the health and wellness markets for the variety of benefits it offers without causing any psychedelic effects.

Gallup published a survey in 2019 revealing that 1 in 7 Americans uses CBD for treating different medical issues. As it becomes more popular in the wellness sector, people have more questions about it. While research is still needed to unearth its full potential, here are some intriguing facts we already know about it.

CBD contains cannabinoids produced by plants that interact with the human endocannabinoid system and encourages it to make its own cannabinoids. The brain also has CB1 and CB2 receptors that are responsible for interacting with CBD.

People are using hemp and cannabis compounds from the oldest times

CBD derived from cannabis isn’t different from the CBD derived from hemp. It doesn’t matter what its source is because the human body processes the molecule the same. It’s similar to vitamin D, it’s vitamin D, no matter if it comes from salmon or the sun. But even if there is no difference in the compounds, it’s one in the percentage of CBD the products people consume include.

Humans had grown plants producing cannabinoids from the oldest time when there were no restrictions on either of them. The first traces of people growing hemp date 10,000 years ago, meaning that it was one of the first crops people have ever cultivated.

It’s no surprise that the ancient Greeks were pioneers in health treatments, and we can use their knowledge to expand ours and understand the world around us. An interesting fact to note is that they used medical cannabis to improve some conditions. Claudius Galen often recommended his patients use cannabis to relieve pain. He stated that people should extract the juice from the plant before it rips and use it for ear pains. De Materia Medica provides extensive information on how the ancient Greeks used cannabis as medicine.

CBD provides such a large palette of benefits because it interacts with the human body in a complex way. It directly impacts the endocannabinoid system, an internal system that includes endogenous cannabinoids. The cannabinoids from CBD bind to these components after they enter the body and trigger a series of effects depending on the receptors they impact.

Studies show that cannabinoids can reduce the absorption of the endocannabinoid anandamide (a pain regulating element) and reduce pain intensity. It can also prevent or reduce epilepsy seizures because it inhibits the neurotransmitters in the body.

It can also trigger therapeutic responses and help in treating mental health conditions like anxiety and depression. When it targets the alpha-3 glycine, it suppresses inflammation and chronic pain.

Not all CBD products are the same

If you’re a newcomer on the CBD market, you may have no idea where to start because in an online store like OrganicCBDNugs you can find a wide variety of products. It’s vital to use a high-quality product because it directly influences the range of benefits you experience. First, you must know that hemp and cannabis are common CBD oil sources, and you can find several formulas and types on the market. CBD products fall into three categories:

Isolate – pure CBD that includes all the compounds from the cannabis

Now you understand why we stated that not all CBD products are created equally. Reliable manufacturers and providers adhere to strict labeling standards and use only legal ingredients. Until the FDA tracks all labels with unproven claims, it’s best to keep an eye on the product descriptions and figure out on your own if the product is good for you. When reading the labels, look for:

Even if research is still needed to figure out the most effective dose for treating each health condition, CBD is considered generally safe as long as you use it responsibly. It’s always best to start with a small dose and slowly work towards a higher one. You need to determine what dose works best for you, and you can experiment with the amount because a study from 2017 reveals that it has a favorable safety profile because it doesn’t influence major factors like body temperature, blood pressure, and heart rate.

However, it’s also best to use less than 1500 milligrams daily because the average body doesn’t tolerate higher amounts. Some studies have reported that an overdose can trigger sleepiness, diarrhea, vomiting, fatigue, and a decreased appetite.

Even if it’s challenging to pin down the most effective dosing of cannabinoids, research is on the path to determine how it’s the best way to use it. A study from February 2019 in the Brazilian Journal of Psychiatry revealed that CBD could effectively treat anxiety. Studies also show that CBD can reduce stress and psychological symptoms of anxiety, like increased heart rate.

CBD can also benefit patients struggling with other anxiety forms like post-traumatic stress disorder and social anxiety disorder. People experiencing insomnia because of anxiety can also notice an improvement in their symptoms. Recent studies show that CBD can help people experiencing PTSD symptoms like replaying negative memories and nightmares by helping them relax and manage their condition.

In some states, CBD is allowed only for medical purposes, so you may need a prescription from your doctor to purchase it. If it’s approved for medical use, you can find it in special dispensaries and online stores.