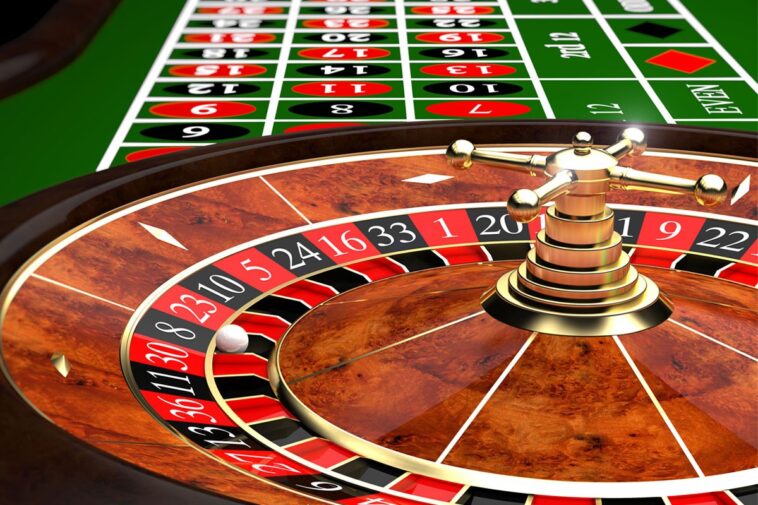 Roulette, a popular casino game, gets its name from the French word which means ‘little wheel’. While many believe roulette is a game of luck, there are a lot of strategies involved in planning bets which is why it’s also a game of skill. If you’re intrigued by roulette, here are some fun facts about the game.

It is often referred to as the devil’s game mainly because when you add up all the numbers on a roulette wheel, it sums up to 666. The number 666 is closely related to the devil and is referenced to be the mark of the devil in the bible, as well.

Many people believe that, since roulette is a game of luck, if players go on to lose a lot of money  they say ‘the devil is out and is here to take all your money.’

2. Originally Roulette Balls Were Made From Elephant Tusks

The balls used were initially made of ivory which is now a banned item. Ivory comes from certain animals and there are restrictions on the sale or purchase of the material making it a tough choice for roulette machines these days.

The balls today are made with plastic or ceramic. While ceramic balls are closer to ivory balls considering the weight, the plastic ones are the ones you want to watch out for. The material of the ball plays a huge role in determining the effectiveness of the game and in some cases fairness too.

There’s a lot of information about roulette out there, and one of the most controversial of them all is the origin of the game. While many believe the game was invented in Italy, it was invented in France in the 17th century by a physicist named Blaise Pascal.

He intended to create a wheel that rotates forever, but instead, he created a wheel with 38 numbers (1-36, 0, and 00) which today is recognized as the roulette wheel. In the 1800s, the numbers were coloured black and red for better identification and became popular in various parts of the world.

4. One Gambler Literally Went All-In on a Single Roulette Spin

If you’ve ever heard the term ‘all-in’, you know that it’s a risky term for all the chips you have at the table, not your literal assets. Well, it was different for Ashley Revell, an Englishman who placed an all-in bet on roulette.

With a total of $135,000, Ashley headed over to the Plaza Casino in Las Vegas and placed the whole amount on 1 single bet, where he chose red as his colour. Luckily for him, he won the round and doubled his money in minutes and won somewhere around $4,725,000.

5. A Roulette Dealer is Called a Croupier

There’s a roulette dealer too and they’re called a croupier. The role of the croupier is to ensure all bets are in on time and no one places a bet after they’ve announced ‘no more bets’.

In roulette, a croupier won’t allow you to buy cash or chips in between a game. You need to wait until the game ends for you to restock your stash.

You’re also not allowed to place your bag or purse too close to the table. This act could get you accused of stealing, so it’s best to keep it at arm’s length from the table.

6. The Wheel and Ball Spin in Opposite Directions

If you’re just learning to play roulette, remember the ball moves in the opposite direction the wheel spins. This means if the croupier spins the wheel to the left, the ball will spin to the right and this is universal worldwide.

Some casinos have a rule that the wheel spins in the opposite direction every time. This increases the randomness of where the ball will land and also keeps the game fair. It’s best to pay attention to the motion so you get an idea of the movement of the ball.

7. Roulette Uses Different Chips From the Other Casino Games

In a game of roulette, every player is handed different coloured chips. This is done mainly to avoid confusion about which chips belong to whom when placing bets. The rules are clear and even friends playing at the same table aren’t allowed to share chips.

This is to help maintain peace and calm at a casino, where people can often get carried away. Not only do different coloured chips make it easy for players to be identified, but it also helps the croupier keep track of players too.

8. In California, Roulette Is Played With Cards

In California it is different from traditional roulette. Players use a deck of cards. There are a total of 38 cards in a deck, each card representing a number and colour on the wheel. While a wheel is in motion here as well, there’s no ball.

The reason California plays roulette differently is that California law prohibits games that are based purely on dice or ball for an outcome. The wheel has a pointer that stops beside the cards laid out to determine a winner.

9. Roulette Can Be Played Online

Almost all casino games, including roulette, can be played online without much fuss. The game is similar to the real deal and you can spin a wheel, pick a number and even strategize just as you would at a regular casino.

You can check out an Irish live online casino to give online roulette a try and enjoy the game from the comfort of your home. The game is fun and you’ll enjoy spinning the virtual wheel in anticipation of seeing if your bet pays out.

10. 17 Is the Most Wagered Number in Roulette

17 is the most picked number in roulette for various reasons. People often believe the odds of the ball landing on 17 are higher than other numbers and it’s also the first number that comes to sight when you lay eyes on a roulette wheel. 17 is right in the middle of the roulette numbers and it’s considered lucky.

The truth is, this number is often picked by novice players who subconsciously pick it because it’s the first number they see. There’s no evidence it’s got the highest winning chances.

Roulette is a fun game to play, whether at a brick-and-mortar casino or an online one. Now that you’ve got so many fun facts about the game, you can enjoy spinning the wheel. Always remember to gamble responsibly and never bet more than you can afford to lose.