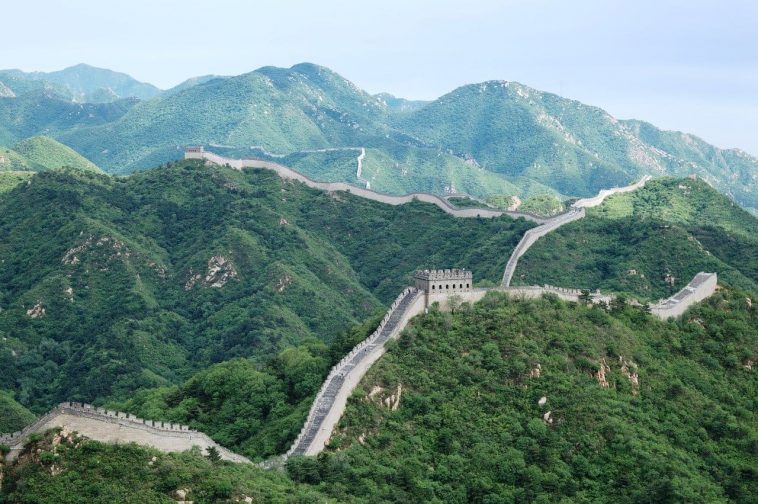 Ancient cities built across history have been known to be surrounded by massive and powerful walls. These robust structures of stone were not only magnificent in their architecture and strength, but also saved the city from invasions and warrior attacks. Most of these walls were fortified and had watchtowers and gates that served as important defence points. Some of these walls were real architectural marvels. Some of them are destroyed and ruined, but they have left an indelible mark in the history of their power. Below we explore 12 famous walls of ancient and medieval history.

Famous Walls in the World

The Great Wall of China is actually not a single wall but a series of fortified walls that were built across the northern borders of China by ancient Chinese states around 7th century B.C. These walls were extended and built further by subsequent Chinese rulers, the majority of sections built by the Ming dynasty. These walls were built for defence purposes and had barracks, garrisons and watchtowers. Archaeological surveys have revealed that the walls built by the Ming dynasty measure 8,850 km! This is made up of 6,260 km sections of actual wall, 359 km of trenches and 2,230 km of natural defensive barriers such as hills and rivers.

Berlin Wall was built after the end of World War II at Yalta and Potsdam. It has been agreed to divide Germany into four regions occupied by the United States, the UK, France, and the USSR. The wall was at the centre of Berlin that prevents people from crossing the other side of Germany. It is also one of the most famous walls because of its tragic history and was built three times in the whole history. There are many casualties reported when people tried to cross from East Germany, However, in the year 1989, the wall was broken down making the reunification of Germany and the collapse of the Soviet Union.

One of the famous walls, Western Wall situated in the Old City of Jerusalem is the holiest place for Jewish people. It is also known as Kotel and according to Jewish mythology, this is the remain of the second temple in Jerusalem. This is used for Jewish prayer and pilgrimage for centuries since the 19th century. It is believed that the wall was part of the original Holy Temple and the closest one is suitable for the Foundation Stone of the Holy Temple. It was built by Herod the Great in 19BC.

The Hadrian’s Wall of England is between Scotland and England. It is also known as the Pict’s Wall and was constructed by the Romans to prevent the Scottish tribes from entering their colony, Britannia. This wall was built in the early 2nd century A.D., and it stretches from the Irish Sea to the North Sea. Covering 73 miles across northern England, it is the longest wall of Europe. Even though only 5% stretches of it are visible now, it will take 6-7 days to walk along the whole wall!

The magnificent Kumbhalgarh Fort in Rajasthan, India, was built around the 15th century by Rana Kumbha who was the Rana of Mewar from the Sisodia Rajput clan. This mighty warrior built around 32 forts in his clan of 84 and the Kumbhalgarh Fort is the largest and most elaborate. It is built on a hilltop on the Aravalli range, 1,100 m above sea level. The Kumbhalgarh Fort walls extend to 36 km, making it one of the longest existing ancient walls in the world, and in South-east Asia. The front walls are about 15 ft thick. This fort also has 7 fortified gateways and over 360 temples within the fort.

In the late Iron Age, sometime around the 4th and the 7th centuries, the Kingdom of Zimbabwe stretched across Great Zimbabwe, which is now a ruined city on the hills. This city stretched across 7.23 sq km and is now recognized as a World Heritage Site by UNESCO. This ancient site represents what was once the royal palace of the kings of the Gokumere and the Ziwa cultures.

One of its prominent features is the Great Wall, which enclosed the hill and the valley complex, and a great enclosure. The Hill Complex was surrounded by an outer wall that ran for about 250m and a parallel inner wall that was 55 m long. The special fact about these walls is that they were constructed out of mortarless stones.

The legendary city of Troy is located in modern-day Turkey in Hisarlik. Archaeologists estimate that the city of Troy was destroyed and built several times during a course of 4000 years, starting from 3000 B.C. After one city was destroyed, another city would be re-created above it on a mound called a “tell”.

During the course of their excavations, archaeologists found that they had to dig deep to find the first settlement of Troy. It was a small ancient city surrounded by a great wall of uncut stone. 24 excavation campaigns have revealed a town and a citadel, with 23 sections of the defensive walls around the citadel.  A section of the earliest wall of the first city of Troy survives near the south gate of the site and shows beautiful carvings.

Babylon was the capital city of Babylonia kingdom in ancient Mesopotamia, which is present-day Baghdad. This city was built along the banks of the Euphrates River between the 18th and 6th centuries B.C. The famous Assyrian King Hammurabi first ruled the city and encircled it with walls.  Later, King Nebuchadnezzar II fortified the city and built three rings of walls that were 40 feet tall. According to the estimates, the entire length of the walls was more than 41 miles. The city and its walls were known as the “Jewel of the Ancient World”.

Ston was a city in Dalmatia in current-day Southern Croatia. The Walls of Ston are stone walls that surround and protect the city of Ston on a hilltop and were built around the 13th century. These walls extend up to 7 kilometres in series and constitute the longest fortress wall in the whole of Europe. The Walls of Ston have protected the city from the Ottoman warriors for 500 years. These walls also enclose a magnificent fortress and 40 defensive towers. Tourists from all over the world visit these walls to climb and get a magnificent view of the Adriatic Sea behind the hill.

Another feather in Turkey’s cap, the Walls of Constantinople are located in modern-day Istanbul. They were a series of massive stone walls built by the great Roman emperor Constantine around 4-5 B.C. for defence purposes. These walls surrounded the city of Constantinople from all sides from attacks of the Ottoman warriors, both by the sea and land. It stretched up to 4 miles, and saved the city many times, till the Fall of Constantinople in 1453. Today, the land walls are damaged and partly ruined, but the restoration work is going on since 1980.

The Danevirke Walls are a series of Danish fortifications in Schleswig-Holstein, Germany. This architecture was set up by the Danes in the Nordic Iron Age around 500 AD and expanded many times during the age of the Vikings. The Danevirke walls include not only several walls, but stretch along some trenches and the Schlei Barrier as well. The walls stretch for 30 km, from Hedeby near Schleswig on the Baltic Sea coast in the east to the west of the peninsula. The Prussians destroyed the Danewirke, but a long line of ruins still remains.

The Great Wall of Gorgan is located near modern Gorgan in north-eastern Iran.  The wall was built to protect the Sassanian Empire to the south from the White Hun warriors from the north, around 3rd to 7th A.D. It is 195 km long and up to 10 m wide, and had over 30 fortresses stretched across it. This wall is large enough to support 30,000 soldiers!

These are some of the renowned walls in the whole world. They have protected their cities with full force and might. Some walls have still stood the test of time, while some fell prey to earthquakes and invasions. These are the famous walls in the world. Kindly share and do post your comments.