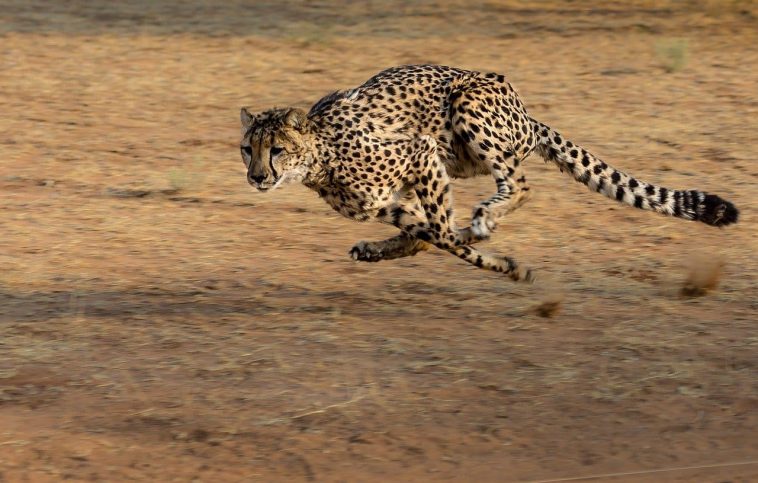 In the animal kingdom, speed is a superlative that is hard to measure. However, the top positions among the fastest animals in the world category are dominated instead of land animals. Some attain the speed while diving (birds), with an angle or on a particular terrain (land animals) while others are naturally built for speed.

Fastest Animals In The World

This falcon tops the list of fastest animals by a large margin. When in a hunting dive, it is faster than any living animal on earth. The Peregrine falcon soars to great heights before executing this specialised dive called a stoop. It then dives down at a speed of about 200 miles per hour. That is an estimated 320 km per hour. However, while on a level flight, it won’t even make it to the top ten list, with a speed of just 40 to 60 mph. These falcons are found everywhere on earth except extreme polar regions. It is a prey bird, feeding exclusively on medium-sized birds such as pigeons and doves, waterfowl, songbirds, and waders. It tends to nest on tall buildings or bridges or in the nests of different pigeons.

One of the fastest animals in the world known for their exceptionally fast flight, these vertebrates, have clocked an astonishing 100 mph (160 kph) on a level flight, making them faster than any bird, even the Peregrine falcon in level flight. Brazilian free-tailed bats travel long distances for seasonal migrations but also for their nightly feedings. These bats are well adapted to their aerial lifestyle by virtue of their long, angular, narrow wings. The female bats that weigh between 11 and 12 grams, can even fly at speeds over 100 mph, a new record for horizontal flight.

Frigatebirds have excellent endurance levels which help them fly for days at a time. With a speed of about 95 mph, these birds have the largest wingspan to body weight ratio helping them to stay in the air for intensely long periods. The frigatebirds belong to the family of seabirds called Fregatidae. They spend most of their flight hours hunting for food and roosting on trees or cliffs during the night. They mainly feed on fish and squid, catching them on the water surface where they appear due to being chased by larger predators beneath the water like tuna. Frigatebirds are also called kleptoparasites as they steal food from other seabirds or snatch seabird chicks from the nest and use their speed to escape.

Also known as grey-headed mollymawk, they belong to the albatross family. Unlike other mollymawks, they nest on isolated islands in the Southern Ocean and feed at high latitudes. Grey-headed Albatrosses can fly at speeds reaching up to 80 mph. The Guinness World Records stated that the Grey-headed Albatross is likely to be the world’s fastest horizontal flyer. Although they live in the sea, they spend most of their lives in the air and can circumnavigate the globe in about a month.

The swift is scientifically called Apus apus. It can fly up to a speed of 70 mph flying horizontally and even upwards. Scientists observe that when common swifts come together to mate, they fly together in a social display, which they call “screaming parties” named because of the vocalisations the birds emit. It is during these bouts of showmanship that the common swifts reach their top speed called the “turbo-boost” speed. These birds never settle on the ground fearing vulnerability to accidents and predation while the non-breeding individuals may spend up to ten months in continuous flight. It is one of the fastest animals in the world.

Clocking a speed of 68 mph, experts consider the sailfish the fastest fish in the marine life. It’s most notable feature is the elongated bill, that is dagger-sharp and resembles the bills of swordfish and other marlins. This bill is a modification of their upper jaw that helps it to moe at such great speeds underwater. It’s dorsal fins and streamlines body so makes it more hydrodynamically able. It is one of the favourites among the trophy fishes. Their skin flashes iridescent colours when they are stressed or excited. Sailfish are found both in temperate and tropical waters in the Atlantic and Pacific oceans. They survive off small bony fish and cephalopods, which include squids, cuttlefish, and octopuses.

Cheetahs are the fastest land mammal in the world with an ability to run at a speed of 65 mph. Their fast running speed is possible due to special adaptations like wide nostrils, large lungs, a powerful heart, and large arteries that ensures more oxygen is supplied to the cheetah’s muscles. They also have huge leg muscles that help to produce faster speeds. They are not huge in size. Its small and lightweight body along with a flexible spine allows the cheetah to run 20 to 25 feet in one stride, or long step. To avoid competition from fiercer predators like lions, hyenas and leopards, Cheetahs choose to hunt during the day, using their speed and nimbleness to take down faster and smaller animals such as gazelles, hares, and impalas.

Although mislabelled as antelopes, the Pronghorns are more closely related to goats that roam the plain. They are indigenous to interior western and central North America and can sprint at a speed of 60 mph and hence listed as one of the fastest animals in the world. But as compared with the goat, it has bigger lungs enabling for faster oxygen absorption and slightly bigger and leaner muscles to provide power for muscle contraction. Pronghorns can only be beaten by Cheetahs in speed. These animals can sprint at a steady speed of about 30 mph for over 20 miles while Cheetahs can only last for about 640 metres. Built for pure speed it is, however, a poor jumper. Conservation of these species thus also includes removal of fences and allowing their free movement while evading predators.

Quarter horses are the most popular variety of American breed of horse that excels at sprinting short distances. Excessively used in horse races, the name is derived from their ability to outrun other breeds of horses in races of a quarter-mile or less. Quarter horses are built extremely strong around the hind legs and are bred especially to sprint short distances really well. Their strong, broad chest and muscular hindquarters along with long agile muscles help them to top 55 mph with appropriate training. It is one of the fastest animals in the world.

A chase between lions or cheetahs and gazelles are intense and very close matches. This is because Thomson’s gazelle has a maximum running speed of up to 50 mph. It belongs to the same category as wildebeests and lions, thus gives them a tough chase. These gazelles are the most preferred prey of cheetahs. Although slower than cheetahs and smaller in size, gazelles can outlast them in long chases. They are able to make turns more speedily and in a peculiar zigzag fashion. This often saves them from predators by confusing them and making them slower. They are also preyed upon by lions, leopards, hyenas, baboons, and crocodiles. They have a  bounding leap, known as stotting or pronking, used to startle predators and display strength.

Most of these animals have evolved specific characteristics to attain such mind-boggling speeds over millions of years. Speed, for animals, is a survival technique, adaptations strategies to cope with the environment they survive in. They use it for predating, mating or migrating in all of which, speed is a crucial factor for survival. These are the fastest animals in the world. Kindly share and do post your comments.