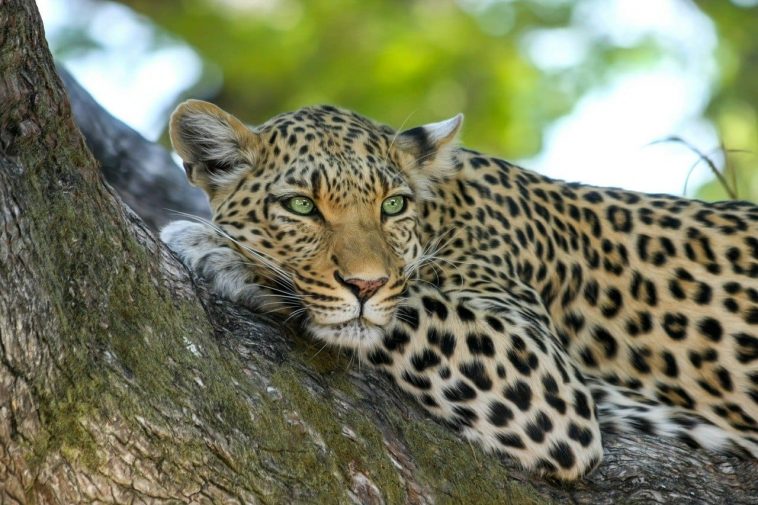 Cats can be seen all over the world right from your neighbour’s pet to big cats including tigers, cheetah, jaguar, lion and many others. Apart from Lions that live in groups known as pride, all other big cats live solitary lives with the exception of mothers and cubs. Some of the big cats are too fast to chase preys and hunt them down, Cheetah, one of the biggest cats is the fastest land animals on planet Earth, Let me list down some of the fastest cats in the world,

Fastest Cats In The World

The fastest land mammal and one of the biggest cats in the world live in the grasslands, savannas and semi-arid area that have enough open space and plenty of prey. The species were mostly seen in Africa and Asia, however, right now both of them are endangered. The fully grown cheetah will weight around 75 and 145 pounds and can grow up to 4 feet in length and reaches 2 to 3 feet in height. Talking about the appearance, it can easily be recognized with the help of orange fur covered with black spots and two black lines called “black tears” and hence listed as one one of the best animal patterns in the world. The species is diurnal which is active during the day, however, most of the African animals hunt in the night. The average lifespan of Cheetah is 12 years in the wild.

Jaguar is the third-largest cat in the world and if we talk about speed it will stand at second with a speed of 80 kilometres per hour. The largest cat in America mostly seen in the rainforests, swamps, grasslands, scrub woodlands, forests. The species is endangered because of excessive hunting in need of their beautiful fur and sometimes they also attack at the livestock on the nearby farms. It can weight around 200-250 pounds and reach 5-7 feet in length. Talking about the appearance, it has tan or orange fur covered with black spots arranged in rosettes that are arranged in the shapes of roses. Jaguar is an excellent tree climber and marks its territory by scratching the bark. It lives around 12 to 15 years in the wild.

Lions are also one of the biggest cats in the world mostly seen in the southern and eastern parts of Africa. The only big cat that saw in groups known as pride where each pride is consist of one or two males and a large number of females. The large pride can even consist of 40 members. The carnivorous species mostly hunt on antelopes, zebras and wildebeests. Lions also act as scavengers and can be seen attacking Hynes and steal its prey. Lions have unique teeth known as carnassials that can work like a pair of scissors and help them swallowing chopped meat without chewing. The average lifespan of lions if 15 years in the wild.

Eurasian lynx has a total of four species named as Spanish, Canadian, Eurasian lynx and the bobcat. They all are mostly seen in Europe, Asia and North America. On average, it can grow up to 32 to 40 inches in length and around 4 to 8 inches in weight. Talking about the appearance, it has beautiful thick fur and the colour depends on the season where usually light brown in the summer and grey in the winter. The average lifespan of the species is 14.5 years in the wild.

Tigers are the biggest cats and one of the best animals in the world with 5 subspecies spread over the climate of Asia and Russia. All species of tiger are critically endangered because of poaching and habitat loss. Of all the subspecies, the Siberian tiger is the biggest that can grow up to 11 feet in length and can weigh up to 660 pounds. Tigers have unique tripes and equipped with more than 100 uniquely positioned stripes that are used for the identification of tigers similar to human fingerprints. Tigers are solitary animals and only meet during the mating season, however, in rare cases, they form groups that are known as “streak”. The average lifespan of the tiger is 10 to 15 years in the wild.

Cougar is also is known as the mountain lions or pumas native to the Washington state. Talking about the appearance, Cougar can be identified by its cat-like appearance with uniform grey to the reddish-tan body colour and a long tail nearly 1 metre which is one-third of its total length. The face has black markings, however, the muzzle and chest are white in colour. The carnivorous species are really good at hiding and they are rarely seen in the wild. The fully grown male Cougar can weigh up to 200 pounds and females can weigh around 120 pounds. The species most hunt on deer, porcupines, raccoons, birds, small mammals, foxes, mice, and grass.

Snow leopards are wild cats that are mostly seen in the small parts of Central and South Asia. It thrives in the cold and dry mountains on the altitude of 9800 to 17000 feet. The numbers of leopards and snow leopards are constantly decreasing because of excessive hunting because of fur and body parts. It can reach up to 6 to 7.5 feet in length and around 77 to 120 pounds of weight. Talking about the appearance, Snow leopard has a soft and thick, white, yellowish or grey fur with black dots that are arranged in rosettes around brown spots. The average lifespan of Snow leopard in the wild is unknown.

Sunda clouded leopard is a medium-sized native to the Borneo and Sumatra. The species is threatened and there are around 10,000 mature individuals with decreasing position. The primary reason is deforestation and habitat loss. They are called by various names such as Indonesian clouded leopard, Sundaland clouded leopard, Enkuli clouded leopard, Diard’s clouded leopard, and Diard’s cat. Talking about the appearance, It is overall greyish yellow or grey hue in colour. There are cloud markings on the body that are arranged vertically from the back on the flanks. It is a weight around 12 to 26 kg and can grow up to 2 inches long.

The clouded leopard is a medium-sized native to the Himalayan foothills through mainland Southeast Asia into southern China. The species is Vulnerable on the IUCN Red List and the total population is estimated to be around 10,000 mature individuals. It is also known as mainland clouded leopard to distinguish it from the Sunda clouded leopard and listed as the state animal of the Indian state of Meghalaya.

Leopard is the most widespread member of the cat family with a total of 9 species scattered from Asia to Africa. They are mostly seen in the rainforests, coastal scrublands, woodlands and swamps to the deserts, steppes and mountains. The numbers of species are constantly declining because of the habitat loss and illegal hunting. It can reach about 36 to 74.4 feet in length and 46 to 165 pounds of weight. Talking about the appearance, it has a yellow or golden coat covered with rose-shaped black markings called rosettes. The belly is covered with solid black spots. The average life of leopard in the wild is 12 to 15 years.