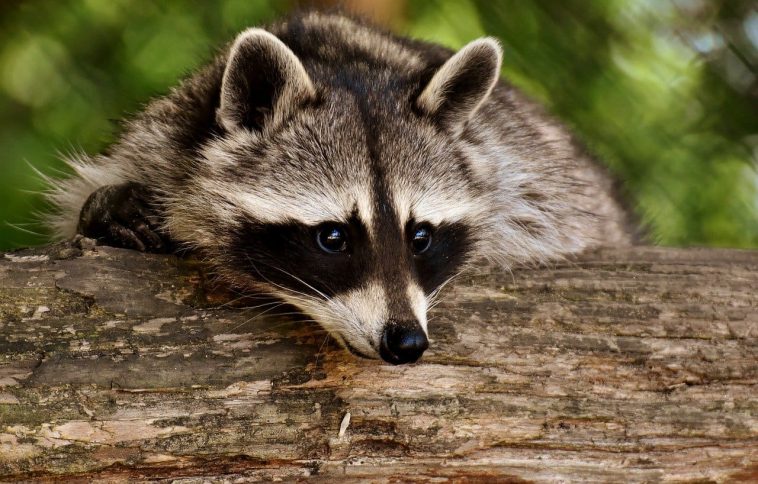 You can find all sorts of animals on this planet. Small, soft, furry ones to huge, muscular giants that can hunt you down in minutes- you cannot underestimate the power of animals. Animals are equipped with various features to help them survive the wide range of habitats and extreme climates. These include a diverse distribution of hides, hair, armoured plates, and fur.

Many animals have a thick growth of hair called fur which covers their skin. This guard hair retains moisture and prevents the animal’s skin from getting dried up. The underfur keeps the animal warm and insulates the body heat like a warm blanket. Animals can have fur for protection, insulation, and even for camouflaging in their surroundings. Below we check out some beloved furry animals that have unique fur characteristics that make them our furry favourites.

Beavers are the second-largest rodent family members that are very gentle and docile. They feed upon the bark, stems, and twigs of trees. Beavers are the engineers of the animal world and are known for building dams, canals, and beaver homes called lodges out of these tree trunks and barks. They can fell trees with their strong teeth and powerful jaws. They can also create a big log, and mud structures to block streams.  These animals have a waterproof body that is covered with soft fur. Beaver fur is felt-like underfur and is 1 inch thick. This underlayer has barbed hairs of fur-wool. It is covered by an overlayer for protection. This is made of about 2-inch long coarse guard hair.

Chinchillas are known for their fur which is considered the world’s softest fur. These are animals are medium-sized rodents. They inhabit the Andes Mountains in South America. They can dwell in the wild and stay as domestic pets as well. They have dense fur and it is considered the softest fur in the world. Each hair follicle of a chinchilla’s fur has around 60 – 70 fine hair growing from it, which is high density in comparison to humans’ one hair per follicle. Chinchillas are shy, intelligent animals that can live up to 15 years in the wild. Most chinchillas are bred for their soft by fur farmers.

Minks are dark-coloured, small animals that spend time both on land and in water. They have a long, thin body, short legs, and pointed snouts and belong to the family of ferrets and weasels. In the wild, minks live close to the water. They are highly valued for their fur. Both the American and the European mink are now being raised for high-quality fur on ranches that provide nutrition and selective breeding. Mink fur is soft and shiny and brown. However, captivity farming of mink has led to genetic changes that have made about 15 gradations of colour in brown, grey, and white.

We know rabbits and bunnies as the soft and furry animals that bounce around in the wild. There are about 300 breeds of rabbits in the world. There are different species of rabbits like the Angora, Rex, Mini-Rex, and even Satin fur rabbits. Each rabbit breed has a distinct fur hair length. If a normal hare’s hair follicle contains 14 hairs, a Rex rabbit’s hair follicle can contain 50 hairs!

Satin Rabbits have a distinct shiny and very soft fur of high sheen and appeal. Angora rabbits are bred for their long and thick fibrous coat. Their fur is shaved off and spun into silk-like yarn which is of high-value today. It is most commonly used in the making of fur hats, handbags, and coats.

The Raccoon is a small and fuzzy animal with a big, bushy tail. They have a black mask of fur that covers their eye area. These animals are native to forests, marshes, prairies in North America. The raccoon has a greyish coat with a dense underfur that keeps it warm in cold weather. The coat has dense and medium-length hair growth. Raccoon fur is one of the commonly used raw materials for fur collars and hats, while the coarse guard hair is used for making paintbrushes.

The Red panda is native to the eastern Himalayas and southwestern China and is not a panda. They are voracious bamboo eaters in Asian high forests. They are very skilful climbers and stay aloft in trees. The red panda has soft, reddish-brown fur on the upper parts of the body. The lower parts of its body have black fur while their face has tear-drop markings and white badges similar to a raccoon. These pandas have a ringed tail which they use as wraparound blankets while sleeping in the chilly mountain regions. As of today, the red panda is listed as an endangered animal on the IUCN Red List.

Foxes are clever animals who have always been recognized as a symbol of cunningness. They have reddish-brown fur with bushy tails and pointed snouts and a small face. Foxes dwell in mixed habitats ranging from Arctic tundra to deserts. Red foxes are among the most important fur-bearing animals and also the most widely distributed ones. They are harvested by the fur traders because of their high numbers. Their pelts or fur coats are used for making scarves, jackets, and coats.

Bears are powerful carnivores. There are 8 species of bears ranging from the polar bears inhabiting the arctic regions to the Giant panda which is the only herbivore bear species. Bears are found all over Europe, the Americas, and Asia. They are clumsy in appearance but can move fast through the forest dense cover. The bear’s fur consists of two layers- the outer guard hairs and the soft insulating underfur. The outer guard fur is thick, long, with coarse hair.  Polar bears have almost transparent, hollow hair on their outer fur and a plush thick undercoat.

The sea otter is one of the cutest marine mammals. Sea otters can sleep at sea, floating on their backs on the surface. They sleep holding their paws to prevent them from drifting apart. They have the densest animals fur on the whole earth. One square inch of their fur has an estimated whopping 1 million hairs! The high density of their hair is explained by the fact that these animals do not have underlying fat layers like bears and seals keep warm. Sea otters know how to use a tool to hunt and feed. They can catch fish with their forepaws and not the mouth.

Seals and sea lions are semi-aquatic mammals. There are about 9 species of Fur seals existing on our earth. They can rotate their hind feet and use them for walking. Fur seals have thick fur that can keep them warm by trapping air and acting as an insulator. They have long external ears and long flippers. They can also walk on all fours. True seals have thin fur and use blubber for insulation instead of fur.  The availability of their dense underfur has made them a target of commercial hunting.

These are some of the furry animals that are known the world over for their soft, dense, and plush furs. While nature has gifted them with their fur gifts for survival, sadly, most of these species are being hunted down for their fur and hair for the fashion industry. The fur market is an equal threat to these adorable animals, leading to many endangered and threatened species. Many countries have either banned or are in the process of banning fur farming. We humbly urge to not buy items that involve any type of cruelty to animals for fur.