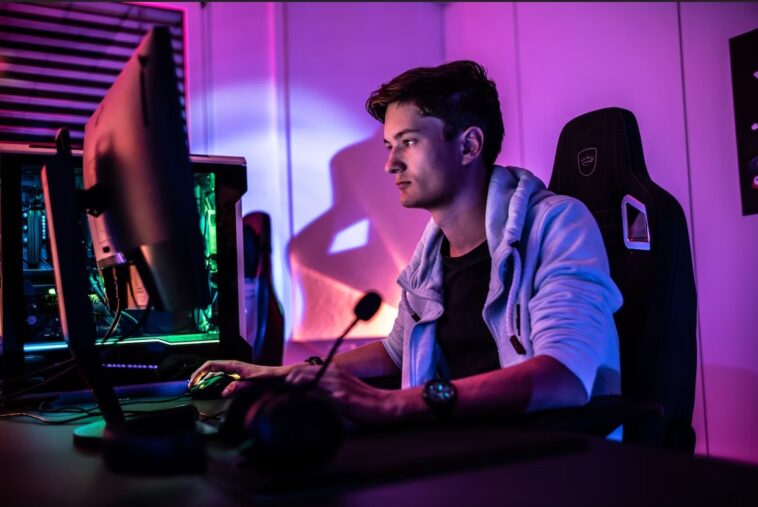 Each holiday season, gaming becomes one of the most popular forms of entertainment. It’s not just one or two genres that boom either, every type of game from AAA blockbusters to hyper-casual titles enjoy a boost in demand as the temperatures get colder. Online casinos are no exception to this either. They regularly run generous bonus offers throughout the final few months of the year. This is compounded even further by the fact that comparison sites like Oddschecker make it easy for players to find and claim the best promotions to get more value from their gaming sessions.

Just like we see with just about every other consumer good, gaming trends and preferences change each year. That doesn’t mean the slate gets wiped clean, but there will inevitably be some differences in what’s hot this year when compared to previous holiday seasons.

So what are the biggest trends in gaming that we can expect to see in the coming months? Let’s take a look!

It’s October! The smell of pumpkin fills the air outside every coffee shop, stores are filled with decorations for the spookiest holiday of the year, and there’s a notable change in the temperature hitting us all of a sudden.

It also means that the latest Call of Duty game is just days from dropping.

Last year’s release, Call of Duty: Vanguard, went back to the franchise’s roots by creating a campaign mode and multiplayer maps set in 1940s Europe. In 2022, however, we will see a return to the tried and tested Modern Warfare series.

Aside from being the second Modern Warfare 2 in a series with a confusing naming convention, this game promises to bring the “deepest, most innovative multiplayer experience yet” with new game modes like “Prisoner Rescue” and “Knock Out” and a range of new maps for you to explore.

It will be followed shortly afterwards by Warzone 2.0, the free-to-play battle royale game that uses the same engine and weapons as Modern Warfare II.

Combined, these two titles will make the Call of Duty brand one of the most wanted in the run-up to Christmas.

FIFA 23 has recently gone on sale, marking the end of a 30-year relationship between Electronic Arts and FIFA.

From next year, EA’s popular football simulation game will be rebranded as EA Sports FC. Therefore, this year’s release is going to be even more in demand than usual as players scramble to be a part of history.

Coinciding with the launch of the latest game, the FIFA memes have returned to the internet, with people describing themselves as “FIFA widows” after their partners have dedicated much of their free time to conquering this installment.

Some fans remain unhappy with the focus on Ultimate Team, the game mode that packs in a lot of microtransactions. But aside from that, FIFA 23 makes several big steps forward compared to last year’s offering.

The developers have clearly put in a lot of effort to go out with a bang, creating gameplay that’s fluid and feels much more natural and realistic than before. This is supported by better physics that adds a degree of unpredictability, just as you’d expect in the real world.

Women’s football will also feature in FIFA 23, making history for the franchise in its final outing. To go along with this, there is a woman on the cover, another first.

With so much history being made with this game, it’s no wonder FIFA 23 is going to be one of the hottest titles around this holiday season.

Pokémon Legends: Arceus is the latest in the long-running Pokémon series. Available exclusively for the Nintendo Switch, it is somewhat limited in its reach compared to a multi-platform title, but it has already proven to be a hit.

Released in January, Pokémon fans continue to enjoy Arceus for hours on end. In the game, players step into the shoes of Arceus as they explore the vast map in search of Pokémon to fill the Pokédex.

More than 12 million copies of this latest Pokémon release were sold in the first three months of release, with many more sold since. This was helped by the favorable reviews it received from almost every critic, including 4.5/5 from Hardcore Gamer, 9/10 from Nintendo World Report, and 5/5 from Video Games Chronicle.

The game is still popular and still selling well now, and this is set to continue in the holiday season.

Gran Turismo 7 is another game that was released earlier this year that will continue to enjoy a lot of success throughout the holiday season and well into 2023. In fact, if anything, GT7 is better now than it was when it first went on sale in early March.

This is because the game was widely criticized for leaning too heavily on microtransactions and forcing players to partake in too much grinding. After caving to pressure, Sony made changes to the game to address these complaints and, as a result, Grand Turismo 7 is now much more enjoyable to play.

It is the latest installment in Sony’s long-running racing simulation series and is the first to be released on two generations of console simultaneously. You will get the best experience if you can play the game on the PlayStation 5, as you’ll be able to take advantage of the improved graphics.

Gran Turismo 7 has earned status as the title with the highest-grossing launch month in the series, and it continues to be at the top of many sales charts.

We can therefore expect it to remain a popular title throughout the holiday season, especially as the global motorsport calendar comes to a close for the winter and petrolheads look for other ways to channel their passion for racing.